When MLB Commissioner Rob Manfred handed off the World Series trophy to the LA Dodgers after their Game 6 "home" win at Globe Life Field, he had to have quite a few thoughts running through his mind. First off, MLB, somehow, someway, managed to complete a season, contorted and bastardized as it was. Second, MLB did not lose the 3rd World Series in MLB history, as neither COVID or labor strife could derail the Fall Classic. Third, Manfred had to be thinking that the upcoming off-season could not be any worse for baseball than the previous one. You remember? That wonderful mix of the sign-stealing revelations, the abrupt halt to the baseball season due to COVID and the needlessly contentious process that it took to get a shortened season started…quite a cocktail of pain. Surely, MLB could not have a worse off-season than the 2019-2020 version, right?

However, as Spring Training is underway, Manfred must look fondly upon that last dumpster fire of an off-season as the "good ol’ days." Barely had the champagne bottles been uncorked in Arlington when Justin "COVID" Turner, despite testing positive for COVID while playing in Game 6, and in direct violation of league and player approved protocols, ran back out onto the field, sans mask to celebrate with his teammates and coaches. This included manager David Roberts (Hodgkin’s lymphoma survivor), who Turner posed (maskless) next to with the trophy. While rightly castigated for his actions, at least "COVID" Turner did not become baseball’s version of Typhoid Mary. Thus began the off-season for baseball. 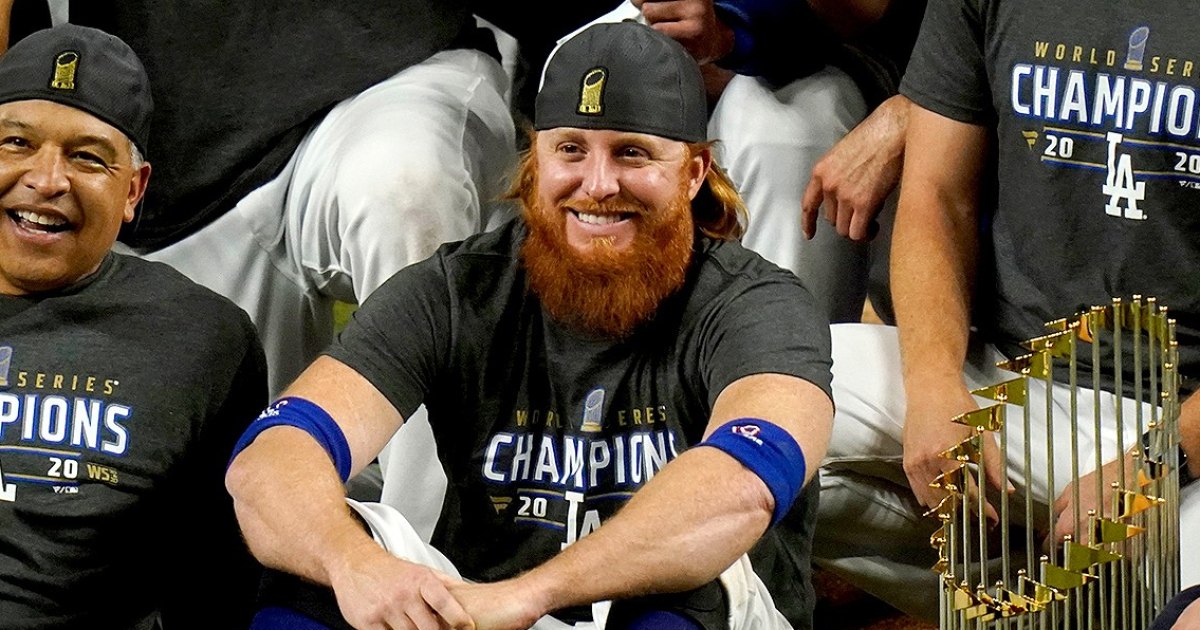 But remember, he is a sterling example of the integrity of baseball

For a while, it almost seemed that maybe baseball could move forward. The Marlins made great headlines when they promoted Kim Ng to General Manager. However, for the great one step forward baseball made in its treatment of women, they found a way to take several giant steps backwards. Ng’s NY Mets counterpart, Jared Porter, suddenly found himself without a job after it was revealed that he sexually harassed a female reporter while he was the director of pro scouting for the Cubs in 2016. No sooner was Porter kicked to the curb then current Angels pitching coach Mickey Callaway was suspended after revelations of his sexually harassing no less than 5 women back when he worked for Cleveland and the New York Mets. No shortage of fodder for those already sour on baseball’s treatment of women after the Taubman affair. 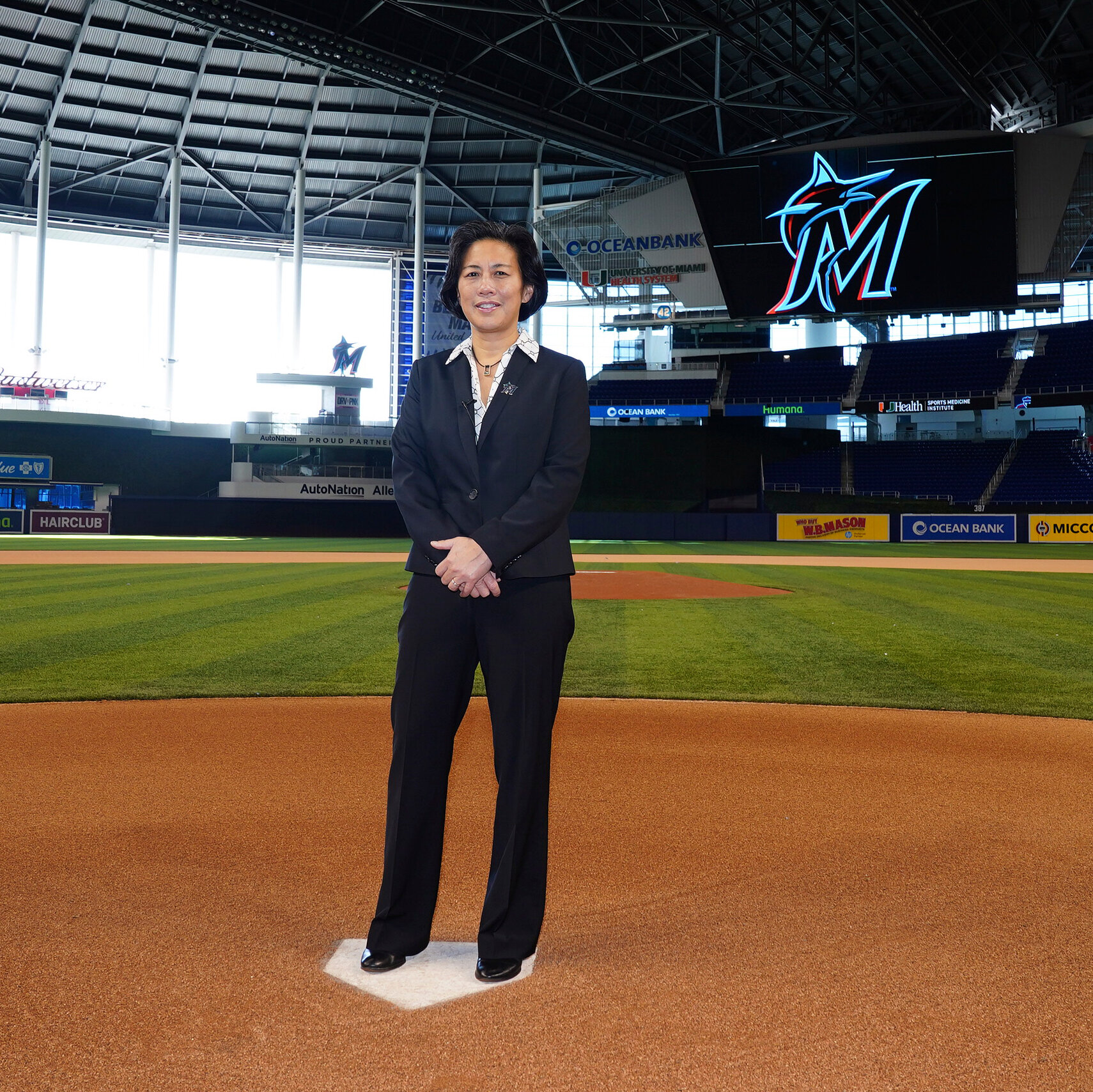 This should have been the lead story about women in baseball this offseason...alas.

Speaking of pitching, the calendar barely flipped to 2021 when another potential explosive revelation about cheating crossed the sports wires. Former clubhouse manager Brian "Bubba" Harkins, fired by the Angels in March 2020 after revelations he supplied illegal substances to help pitchers doctor baseballs. As part of a lawsuit over wrongful termination, Harkins and his lawyer released names of pitchers who supposedly made use of the substances. They included some of the game’s best, from Cole, Verlander, Scherzer, (Felix) Hernandez, Kluber, Wainwright, and other pitchers of various calibers. Coming almost an exact year after MLB’s report about the Astros sign-stealing, you could almost sense that another scandal (with the Astros at the center of it again) was rearing its ugly head to dominate headlines. Yet, the story never seemed to gain a lot of traction. Caught up in the court system, the full details could not be litigated in the press. Additionally, it is an open secret that many pitchers use something to "aid" the spin rates of their pitches, to include the bastion of integrity, Trevor Bauer. The case was thrown out in late January, but Harkins is appealing. 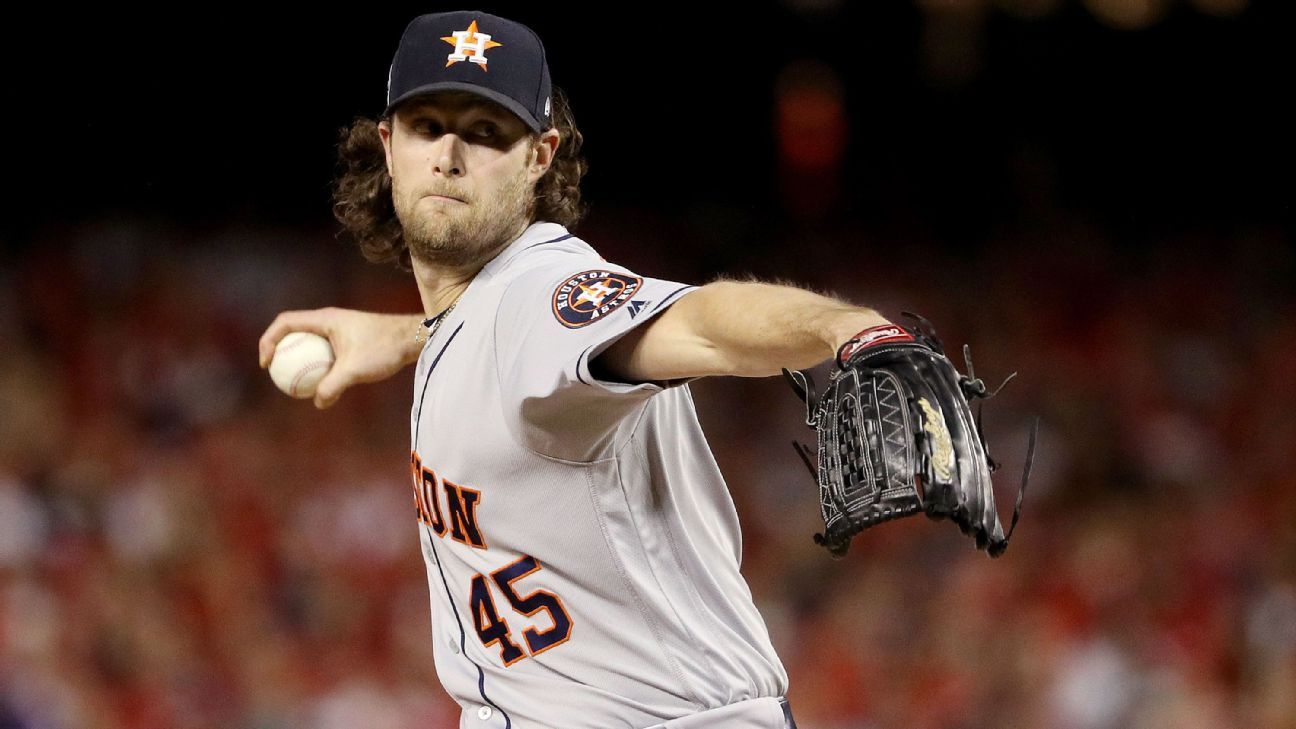 When you find an ESPN article about Cole and illegal substances for pitches and they use this image...

Oh, and while on the subject of open secrets, the Mariners committed one of the worst faux pas of the off-season when their (former) team president and CEO made some off-the-cuff remarks caught on camera. During said speech, he admitted manipulating his top prospects’ service time, not because they weren’t ready for the "show", but that they hoped to gain an additional year of control over the players, keeping their costs down. Coming on the heels of how the Cubs all but pulled the same tactic on Kris Bryant, delaying his free agency by one year, and how the main free agent of the off-season (George Springer) was denied a big market last off-season (even as he garnered a good deal from Toronto) due to some chicanery from the Astros, this put baseball, especially the owners, in even more of a negative light. 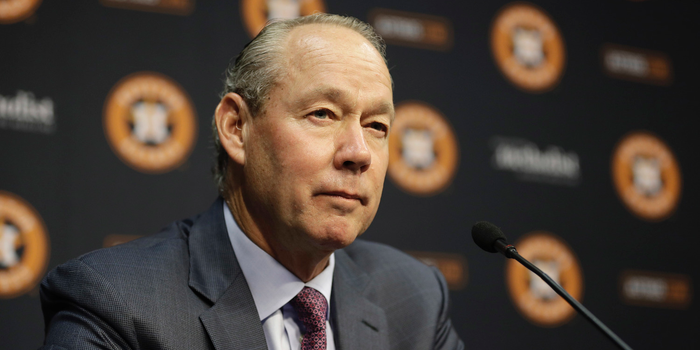 No longer the most despised front office guy in the league

This dovetails into the looming showdown between the players and owners over the next collective bargaining agreement. The delayed start of the 2020 season owed as much to distrust between the owners and players over pro-rating of salaries and the length of the regular season as it did to COVID. Only when time was running out, and both sides, players (their regular season salaries) and the owners (losing out on post-season revenue) saw the looming cliff, did they agree to a convoluted 60-game regular season, 16-team post-season. Fast-forward to 2021, and there is no thaw in relations. The owners pushed for an expanded post-season, offering a 154-game season (paying 162 game salaries) with the universal DH. The owners also tried to delay the start of the season by a month, making that proposal just weeks before Spring Training. The players held to the original CBA and said no. As of now, the 2021 season will see 162 games, no universal DH, a 10-team post-season, and the prospect of labor conflict not seen since 1994.

Based on this, only the most diluted optimist (or I guess an Astro fan…maybe) could say that this past off-season was better than 2019-2020. Manfred’s performance as commissioner continues to underwhelm. This season will most likely see another year of depressed earnings. TV ratings for baseball, even in a COVID-impacted world that diminished viewing for almost all sports, will likely continue to lag behind other sports. Competitive imbalance will continue to plague the game, and the restructuring and continued cutting of minor-league affiliates will reduce opportunities for future players. All of this under long term concerns about the popularity of the game, especially with younger audiences.

If there was a saving grace for MLB in all of this mess, it is that the world actually had bigger issues to worry about during the 2020-2021 off-season. There was the contentious presidential election and turbulent transition. COVID is still a plague, even with the remarkably rapid development and deployment of vaccines (the deployment of the vaccines has been inconsistent, but at least they are out there). Other sports, from the NFL to the delayed start of the NBA, siphoned off attention from MLB’s problems. For the local Houston market, severe weather concerns and the significant personnel and management issues for the Rockets and Texans also moved MLB’s struggles further down the web pages.

Granted, once the games start to matter, much of the pain of the off-season fades into the background. Yet, many of the issues that dogged baseball this off-season will still be right beneath the surface, always with the potential to overshadow the game. Throw in the unknown scandal waiting to emerge, as well as continued fallout from previous scandals (expect a number of books/documentaries to come out about the Astros sign-stealing in the months ahead, bringing that particular matter back to media attention), and Manfred and the rest of MLB will not have the luxury of on-field performances for distraction.

Still, come what may, I will look forward to the season, warts and all. Can the Astros make another post-season run with the core they still have? How will Click and his team manage personnel movements for this season and the seasons to come? What sort of reception will the 2021 Astros get a stadiums where fans can attend? Will Joe Buck still make everyone who listens to his commentary think that he hates their team? Will Buster Olney, et al produce more baseball punditry pieces that lay the current problems of MLB at the feet of the Astros? Stay tuned…and hope that the regular season is not as ugly as this past off-season.