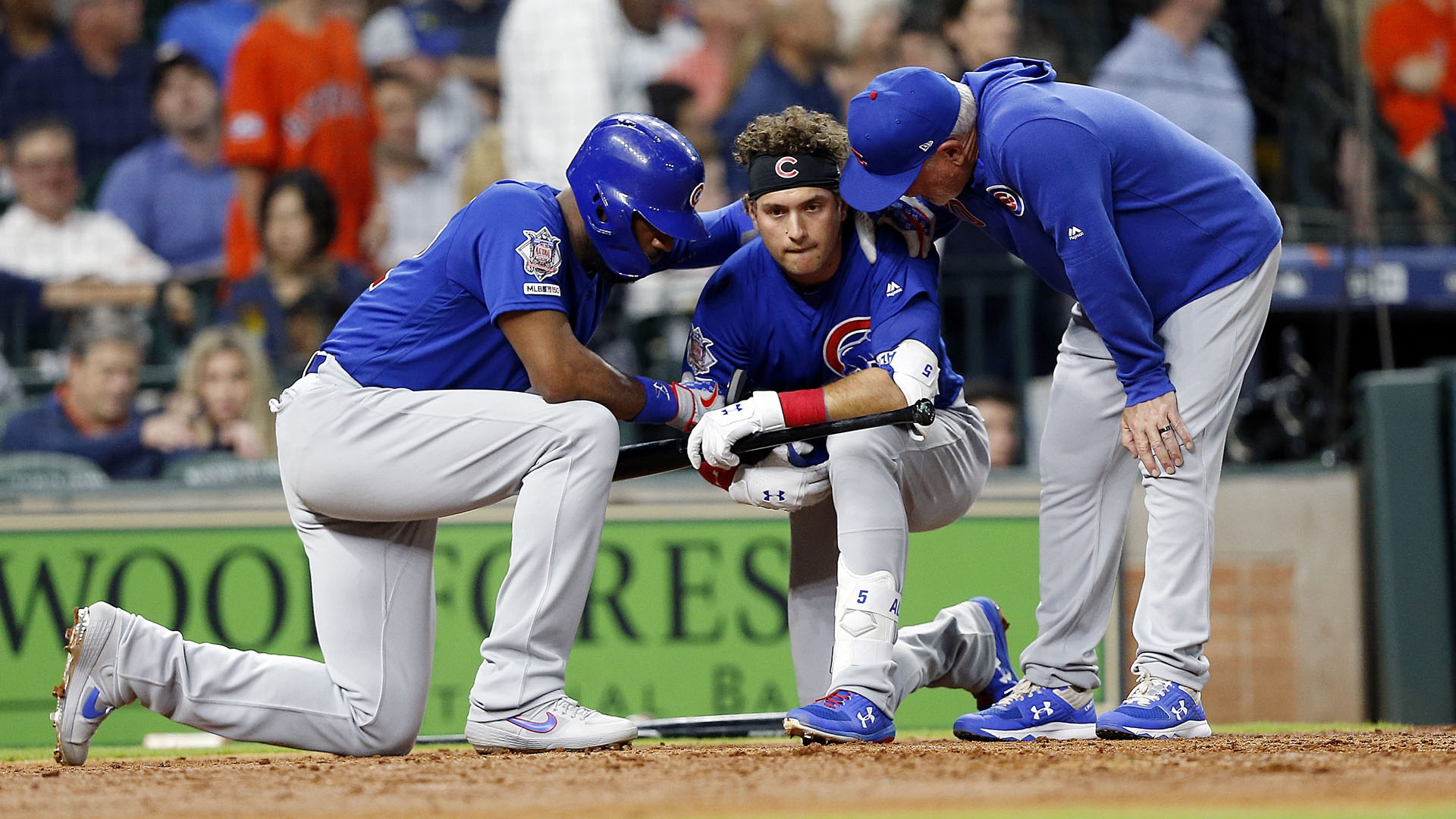 Here it is, the piece you were expecting. Bet you didn't expect me to be writing it, though.

A quick hello to all the new readers who I didn't have the pleasure of making acquaintance with over the three years or so I was here, first as a Staff Writer here at The Crawfish Boxes and then moving into slightly more senior positions near the end. To the old hands - hello again. Don't worry, this is just a one off, you won't have to endure me beyond this.

I, like many or most of you, was watching the game against the Cubs tonight (last night, by the time most of you are reading) and was horrified by the events that transpired on that one particular Albert Almora foul ball. I've never, in more than twenty-five years of watching baseball actively, seen a television broadcast that was completely silent for a full two minutes. And in the years I've participated in the hellish, apocalyptic wasteland that is Twitter, I've never seen such an immediate and almost (almost) universal outpouring of love and support - for the little girl, for her family, and for Albert Almora - who vaulted right up near the top of my list of favorite non-Astros players based on his reaction and his tears and his obvious heart. After the game, he expressed deep concern and hoped aloud that he'd be a part of that little girl's life forever. He seems like a pretty special guy, and that's worth celebrating - big shout out to Bleed Cubbie Blue, y'all do your best to hang on to that guy.

Even more worthy of celebration: the early reports from the hospital have been positive for the little girl who was struck. It's still early and scary regardless, but at least the early returns are promising.

Setting aside all of those most immediate concerns, my brain tends to drift towards other waters. In my own travails of the ether discussing the event, I saw a couple of posts and comments made that included ideas - some of them rather harsh - about not having children sitting in dangerous areas like along the foul lines. That struck a chord with me, because as a father of two girls (ages twelve and six) I personally never, ever sit with them in the lower bowl of the stadium unless it's comfortably behind the net - preferably behind the home plate net, at that. So, since I'm a single working parent who doesn't make a lot of money, we just don't sit in the lower bowl - and that doesn't bother me, because I am frankly terrified that they might get hit like this, despite my preparation and awareness during games.

But the tone of some of those comments I saw - they were almost accusatory. All but implying that the poor parents of that little girl are somehow to blame for what happened.

"Bet the parents were on their phones."

"This is why you don't take little kids on the foul lines!!!"

Things of this nature.

No, don't blame the parents. Don't blame anybody, really - horrible things happen. But if you insist on blaming someone?

Blame me. And blame yourselves. Some of you, at least.

The debate around foul line netting for the fans has raged for years. As someone who always has a hot take ready to go, I have added my voice to the chorus in the past...almost always as someone who didn't have terribly strong feelings about it either way but who would generally prefer not to have my precious view obstructed in seats I paid so much money to sit in. It's a self-absorbed view born of privilege and tone-deafness that I had a complete change of heart on months ago - but it took a little girl getting hit with a foul ball at an Astros game before I finally set aside my own pride and found the only outlet available to me to add my voice to the growing chorus for nets along the foul lines extending all the way to each foul pole in every single Major and Minor League Ballpark.

I call it self-absorbed and tone deaf because I, in my hubris, simply preferred not to have the netting obscuring my view. I pay extremely careful attention during games, I usually take a glove with me when I sit in the lower bowl, I have good reflexes and good hand eye coordination...I fully expect to catch most any ball hit my direction in the stands, or at least not be caught unawares. And since I have that expectation of myself, I've always felt it reasonable to have that expectation of others.

Would it be ideal if small children weren't present in the danger zones along the foul lines? Without passing judgement on any parents - least of all the poor parents of this little girl who was hit - who feel differently, I think it's not an unreasonable hope that most small kids might be spared this kind of exposure.

Would it be ideal if we as a society were more engaged in the game we were watching and less distracted by the size and the noise of the world around us during games? I would say maybe so.

But these rules about safety...they don't exist for the ideal. They exist for the world we have. The world we have is different than the world our parents had, and some aspects of life change - usually for the better. In simple point of fact, people don't deserve to be injured - or have their child or another loved one injured - by a flying ballistic object covered in rawhide and red stitching just for the simple "crime" of, say, briefly looking up some stats on FanGraphs between pitches. Or returning a quick work e-mail during a day game when they pulled their kid out of school early for a special treat at the ballpark. So on, and so forth.

We don't exist in the world we wish we had - because that world isn't real. We exist in this world, and in this world, it is absolutely a moral imperative that we protect patrons at baseball games with nets that extend all the way to each foul pole. Hockey has implemented netting for safety and the live action hardly suffers at all...and the action is far more fast-paced in hockey than in baseball.

It's long past time for the pastime to protect its fans to its full capacity as well.

The ballistic object covered in rawhide and stitches is in your court, Commissioner Manfred.

Do you feel that every Major League Stadium (at least) should have safety netting that extends all the way to each foul pole?