Ohio-based artist Scott Brady will, for a modest price, custom-generate artistic interpretations for you. See his piece for an Astros superfan, and find out how you can get your own.

Share All sharing options for: Is It Art-uve? Or Altuve-geta?

Artistic mashups from talented artists have become something of a popular item if you frequent the right parts of the internet in recent years, but artist Scott Brady has a fun twist on the genre with a new series of commissioned pieces he’s unveiling on twitter and on his website, http://www.scottbradyartist.com/, that Astros fans (or fans of Dragon Ball Z) will probably enjoy.

It all started innocently enough - a simple request in an “Effectively Wild” Facebook group where Scott and this author are both members to see whether anyone could create an artistic mashup of Mike Trout and a character from the legendary anime program “Dragon Ball Z” named Goku:

And that was all Scott, a die-hard baseball fan as well as an anime fan since first being exposed to Dragon Ball Z on Toonami in the late 1990s, needed to dust off his art supplies and let the creative juices flow once more.

Brady, you see, is a graduate of Edinboro University with a BFA in Studio Arts whose concentration in Drawing and Printmaking went well with his additional training in animation, digital drawing, illustration, painting, and human anatomy. However, his career, due to financial necessity, has shifted to working for a reputable Financial Services firm in Fairlawn, Ohio. As his focus has shifted, so too has his inspiration (and time) for art waned. Until that post in the “Effectively Wild” group, that is. On a whim, he took out his art kit and some paper and began sketching. And then he kept sketching. As it took shape, he began to ink in the colors. And then, the final iteration - the Super Saiyan form, if you will - of the Mike Trout-as-Goku mashup began to take shape:

Also, here’s a thing I made. A conversation about how the best player in baseball @MikeTrout and Dragon Ball turned into a wonderful piece of art: pic.twitter.com/VyFvNw0ySs

Said Brady, when this author gushingly asked about the piece whilst sharing it madly all over Astroscentric web circles:

“This whole experience has been wonderfully overwhelming, I had kind of been out of the art game for awhile and was really lacking motivation to create. That initial Trout drawing was just kind of on a whim, but seeing the huge positive response motivated me more than I’ve been in years. Now I’ve got lots of commissions lined up, it’s awesome.”

And, as it turned out, one of those enthusiastic shares of the Mike Trout piece netted the second commission in this ongoing series for the revived passion project of this talented artist: Astros superfan Adam Allred, who is also a huge fan of Dragon Ball Z, has commissioned a mashup piece of 2017 American League MVP Jose Altuve. The DBZ character he chose for his mashup?

For Astros fans who are not fans of the manga, Vegeta is a pretty pivotal character in the lore of the manga. Unlike Jose Altuve, he is largely considered a villain and just generally a not-very-nice guy, but if one looks a little deeper, the similarities begin to make a little more sense. Adam had this to say:

“Vegeta is one of the shorter characters in Dragon Ball, but always kept up with Goku, the strongest warrior in the Dragon Ball Universe. Size can be a deception. Don’t let it fool you.”

Scott Brady concurred with this as a fan of the manga, adding:

“I definitely think there is a relation [between Vegeta and Altuve]. So much of what the media and fans say about Altuve goes something along the lines of, “Wow, he’s really short, but he’s really REALLY good at baseball. Isn’t that neat?” It’s an oversimplification, but there’s a lot of truth in it. Altuve is an outlier in a world where everyone/everything is getting bigger/faster/stronger/etc. Vegeta is similar in a way. When he is first introduced in Dragon Ball Z, he is shown alongside his Saiyan comrade Nappa, who towers over [him] physically. Even Goku is about a head taller than Vegeta. Upon seeing this, one’s first impression might go something like, “Wow, what a shrimp. The big guy must be stronger.” However, it is quickly revealed that he is an extremely powerful warrior not to be underestimated, as Nappa is his subordinate and fears him (and is eventually killed by him in cold blood); Vegeta also pushes Goku to his absolute physical and emotional limits in their epic fight, which pretty much ends in a draw. Thus both Vegeta and Altuve are really good examples of not judging a book by it’s cover, they are not to be underestimated. The similarities end there though, as Altuve by all accounts is a wonderful person, and Vegeta is an evil prick, at least in those early episodes.”

Scott Brady has graciously given permission for the Crawfish Boxes to post his images here, including the finished image, but it is extremely important to this writer, a former artist, that it be stressed that this art is Scott’s intellectual property and is included graciously here to show examples of his work. If you like it, please go to his website (again, here’s the link) and purchase a print for yourself! You can even commission him to create a custom digital drawing for you, and for only $20.

That disclaimer out of the way, enjoy the Super Saiyan form of Jose Altuvegeta, brought to you from the mind of Scott Brady:

Hey @TheArmoryBand this is actually the start of a commision for someone else who reached out to me, but I feel like you (and most Stro’s fans) would want in on this: pic.twitter.com/zhuzuzQF50

So, here he is...the reigning AL MVP. This originally was an individual commission, but since Altuve is super popular right now, I figured I'll share it with everyone! I hope to have my updated site and PayPal running tomorrow or Monday for those who are interested in purchasing. pic.twitter.com/6EjHFKlslQ

If you enjoyed that, here is a sampling of some other work from Scott Brady’s website: 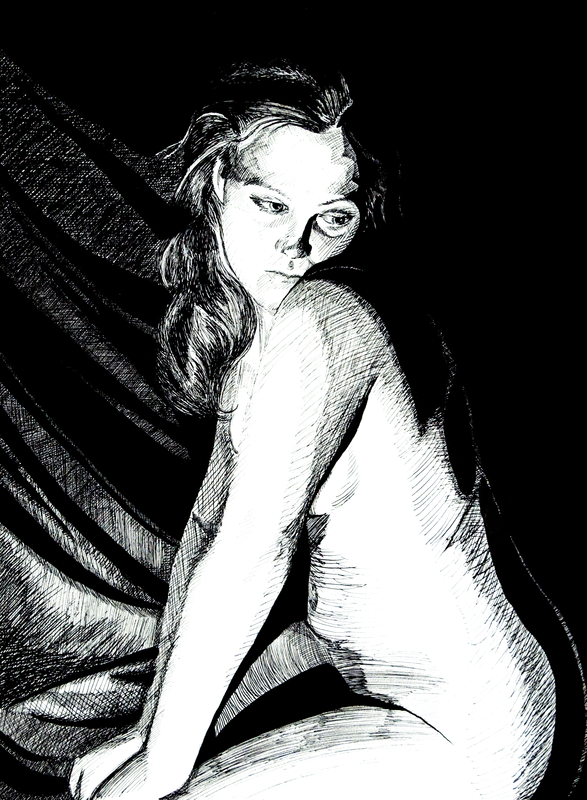 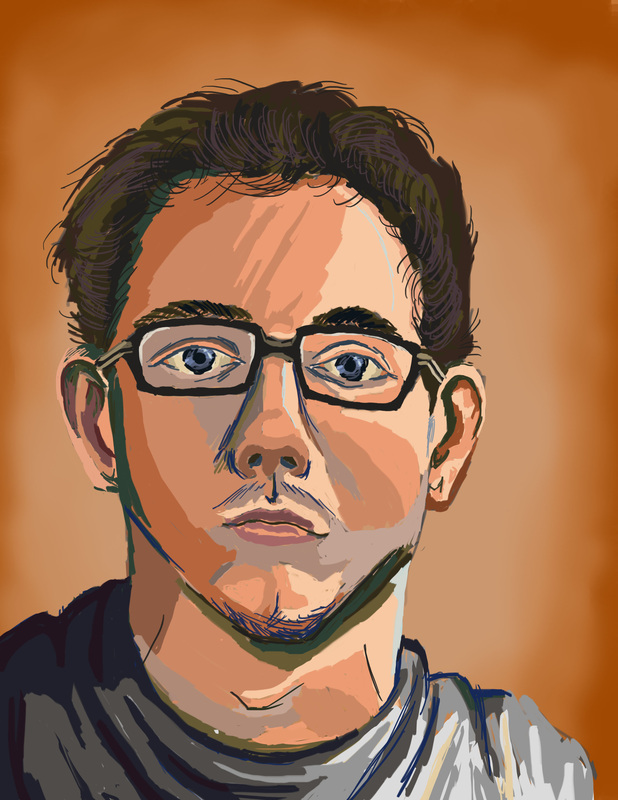 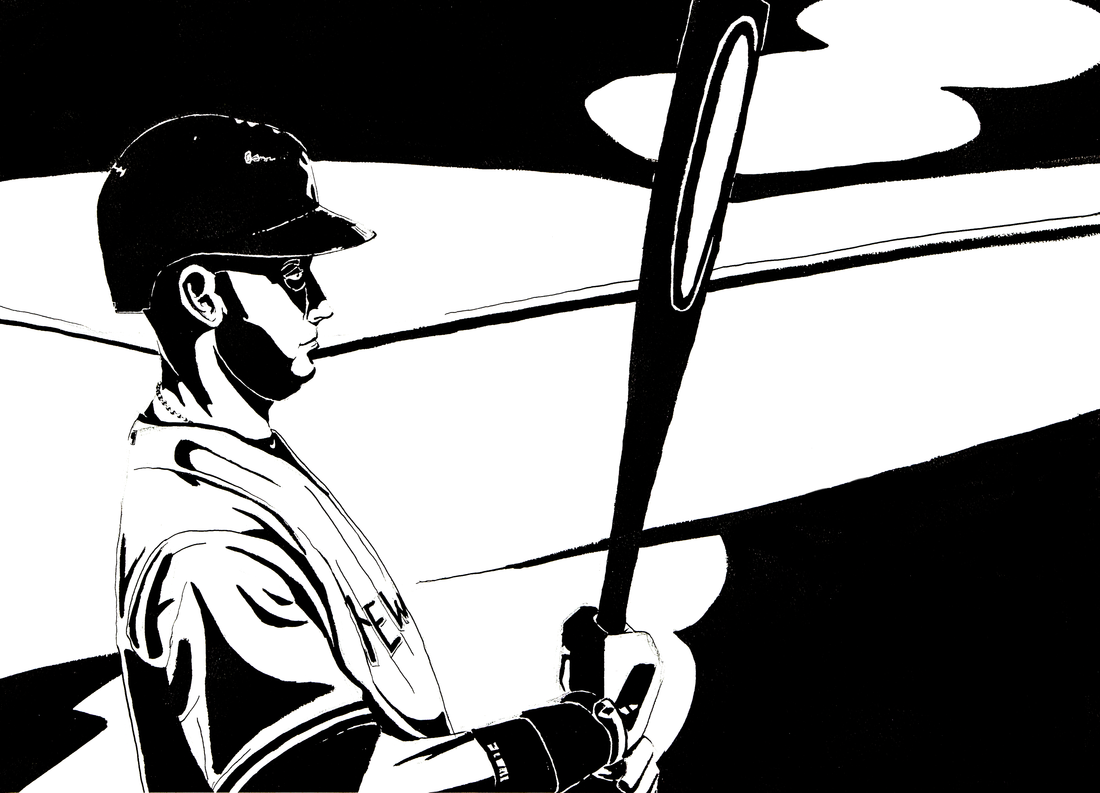 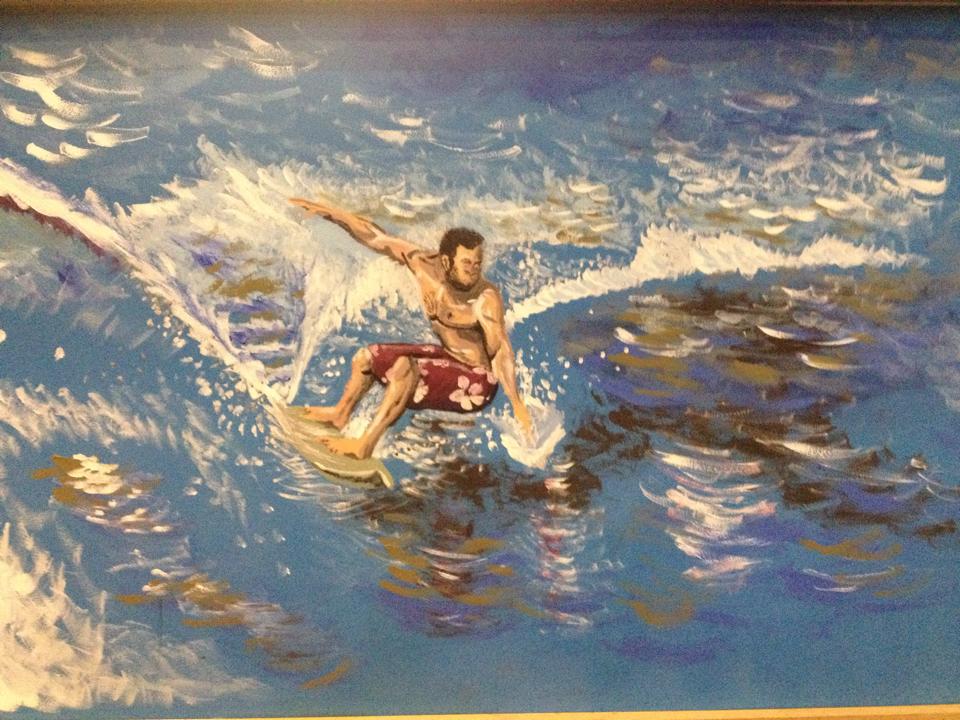