The 2015 Astros Fan Favorite March Madness Tournament is in the books. The beard is king. 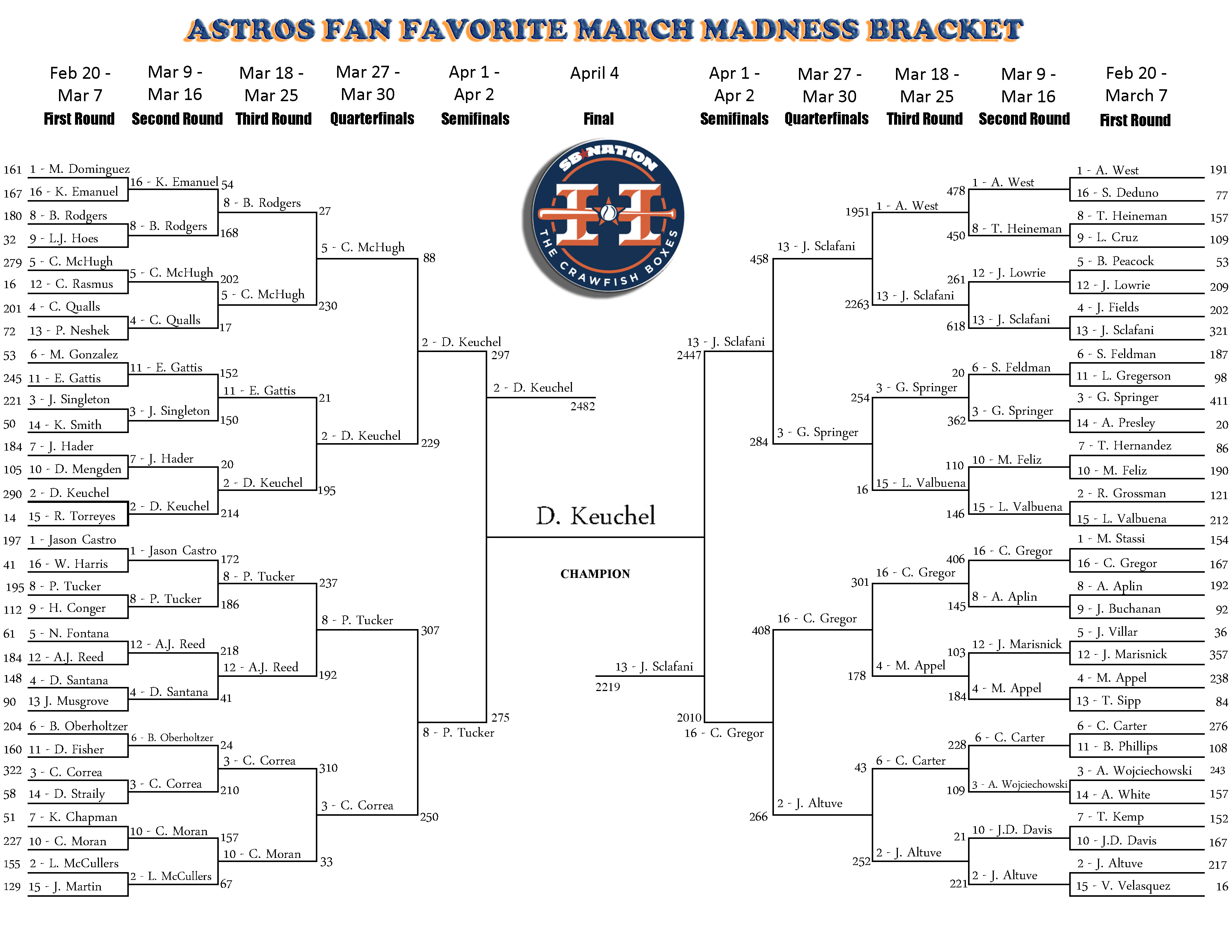 Finally, all of the credit for this year's tournament goes to Brian Stevenson and Tim De Block. Brian organized our writers to do our snippets about the players and created every matchup post. That was 60-plus posts in total, a monumental task. Thank you again Brian. Tim did an excellent job with the bracket and the graphics this year.