On the Astros: Painting Houston's 2014 season in three colors

Three different perspectives on what's happened to the Astros this season.

Share All sharing options for: On the Astros: Painting Houston's 2014 season in three colors

In the middle of football season, the Astros can be forgotten easily. But, they avoided a 100-loss season for the first time since 2010. This is big news, yet it's been buried by plenty of other things. On one side of the spectrum, you have the Houston Chronicle's opinions of the Astros, which push a healthy skepticism of this team and its future. On the other hand, you have our own Chris, who forced his own narrative today, with positive moments.

None of the points of view on this season are right or wrong. They are what they are. You can view the team in many different ways. How do you view the Astros 2014 season at this moment? Here are three possibilities, Rashomon-style.

The Astros season in brick red

The Astros have been a mess this season. They've lost so often that it's hard not to see the team as a laughingstock.

The front office, which thinks it has cornered the market on being smart and interesting and revolutionary, trumpeting a Sports Illustrated article which gave them the 2017 World Series title. Shortly thereafter, the team suffered embarrassing story after damaging story.

A look at the Astros season from the bright prism of positivity.

Brady Aiken vs. the Astros

The whole saga, contained in one place

First, this FO saw its personal trade notes hacked and released to the internet. Why is the team keeping notes on all these conversations in the first place? Why didn't they think to NOT have the URL of the database in that photo from the Houston Chronicle story?

Then, the Brady Aiken situation blows up. Whatever the Astros tried to do with Aiken, they look bad. If he's hurt and they tried to get a discount so they could sign Mac Marshall, they're taking advantage of a 17-year-old kid. If he's not hurt and they're trying to game the system, they are sleazy. Either way, any time an agent as quiet as Casey Close blasts your team and refuses to negotiate at all on deadline day, someone has gone horribly wrong.

Anonymous players have been sniping all season about the analytics and its effect on the field. Former Astro Bud Norris has criticized the team publicly for its cold-hearted approach with players. The team jerked around George Springer, when he was clearly one of the best players coming out of spring training. Instead of letting him start the season in Houston, they sent him to Triple-A because he did not accept their bargain basement contract extension. 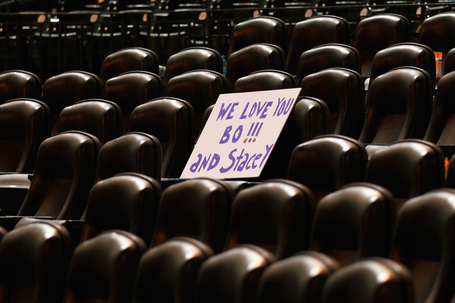 All of this crystallized when Bo Porter was fired last week. Porter was micromanaged, not even allowed to fill out his own lineup. He didn't have a voice and didn't play the game the front office wanted him to play, so they fired him. His situation, more than anything else, highlights a general disrespect that the FO has for baseball knowledge. They like spreadsheets, they don't like years of experience in the game.

Add all this up and the Astros look like they will never be successful. They have deliberately chosen not to spend money on this team, carrying one of the lowest payrolls in the league for three seasons. Countless players have gone on to great success when they play elsewhere.

This is a team that has prided itself on the #process, on building for the future. Yet, they gave up a young, controllable piece in J.D. Martinez and have a hole in left field. They failed to sign the No. 1 overall pick, hurting a farm system that's supposed to be the cornerstone of the rebuild.

They misevaluated Mark Appel and give him, along with other of "their players," special treatment. They didn't promote Carlos Correa, and he got hurt in Lancaster, ending his season.

In short, they don't know what they're doing. Time will not fix these problems. As long as this FO is in charge, the Astros will not win.

The Astros season in navy blue

Houston's had more success this season on the field than any time since 2010. The Astros will not lose 100 games this season. That caused Mattres Mack, Jim McIngvale, to lose $4 million in furniture reimbursements. It also gave him plenty of free advertising, so I'm not sure he's sweating those wins.

More than that, the Astros are better.

They're scoring more runs than they did a year ago. They're playing like a .500 team for most of the season, after falling in a deep, dark hole in April. They're scoring runs and the pitching staff is much improved. All those are hallmarks of good teams, one that can compete for a wild card spot sooner rather than later.

The team showed patience in Chris Carter and it's paid off in spades, as Carter has become one of the best five hitters in baseball since July 1. Jose Altuve, given a very reasonable deal, has turned into a legitimate All-Star and is having a historic season for a contact hitter. 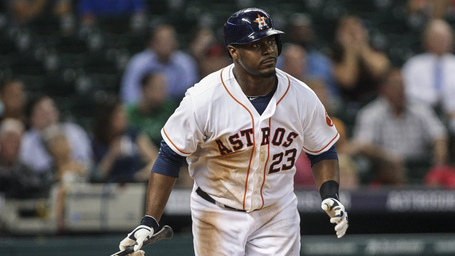 What's more, new pitching coach Brent Strom has shown what the analytics can do when adopted by coaches. He's using effective velocity and pitch tunneling to turn Collin McHugh into a start and Rookie of the Year candidate. He's helped Dallas Keuchel break out into the league's premiere ground ball pitcher. He's gotten Brad Peacock turned into an effective starter and was able to tweak Jarred Cosart's delivery to help him have more control.

The farm system continues to produce talent. Even though the Astros have played more rookies than almost any season in franchise history, the team is still better than it's been in four years. They made two smart trades, picking up Dexter Fowler for Jordan Lyles and a trio of assets for Cosart, dealing from a position of relative strength. The Astros have build impressive pitching depth and that's payed off in both trade assets and performance on the field.

In all, it's an organization on the rise. While inconcievable in the offseason for some (and moreso after a terrible April), the Astros appear likely to finish with 70 or more victories. With more money to spend this winter and the improvements of young players like George Springer and Jon Singleton, it's easy to see how the Astros could be a .500 team next year.

The Astros season in orange

The truth lies somewhere in the middle.

The Astros have both made progress and taken steps backward. The public missteps by the front office have taken away plenty of attention from how much the product on the field has grown. The Astros are playing better, yet they still have taken deserved heat at times.

Perception may not be reality.

Perception shows a front office losing its edge, with serious questions on whether it can implement a grand plan.

Perception may not be  reality.

Before the season, I wrote this in my preview of 2014:

Take your standard castaway, set adrift at sea for weeks at a time. When rescue is on the horizon, that castaway is thrilled. The future glows for said castaway (let's call him Wilson).

But, what happens if there's a small hiccup in that rescue. What if the boat steaming to pick him up has its propeller break? What if the crane pulling him up locks up? What if the crew struggles to pull him onboard?

Wilson, our castaway friend, would still be happy, but I suspect another emotion might creep in. I bet a tinge of impatience, if not outright frustration, might leak into his brain. He'd feel ashamed about it, but that doesn't stop him from yelling out, "Just get me on the boat, already!"

You can see that happening in real time this season. Fans get more and more frustrated with failings like J.D. Martinez and Aiken. They want to be good and any bumps in the road drive them crazy. That was to be expected.

There's still room to doubt whether this Astros front office can win consistently. It's silly to suggest Jeff Luhnow has failed as a GM because he can't build a bullpen, when he's layered talent all through the organization. But, criticizing the Astros for the failed negotiations with Aiken this summer is entirely reasoanble.

Do you knock Luhnow for hiring Porter and hitting eject so quickly, for making a bad call in his first managerial hire? Or do you credit him for ending the relationship quickly, before it became more damaging for the organization?

Do you criticize Luhnow for holding onto Lucas Harrell too long or give him credit for sticking with Carter? 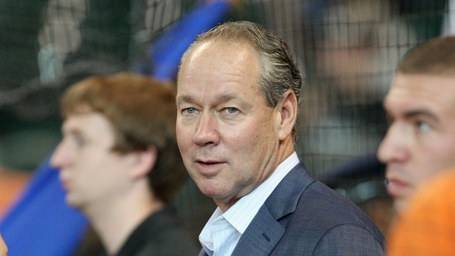 All we know is that Luhnow had not been a GM before taking this job. He's been in front offices, but never been in charge. There's a learning curve. Not every situation can be treated the same way. Dealing with Carlos Correa may not work out like Brady Aiken. Losing the top pick in the draft isn't okay, but if Aiken's medical issue crops up in two years and he never pans out, Luhnow will look like a prescient genius. He may still look like a jerk, but he'll be vindicated.

Once again, this season has been about learning. Saddled with a team that probably had no realistic shot at an even record, the Astros had to learn what they had in Porter, in the rookies like Singleton, McHugh, Springer, Jonathan Villar. They also need to learn from the mistakes and not make them in the future.

Ultimately, the Astros are better. They have more talent, more honest-to-god major leaguers. The thing this year hasn't told us is whether Jeff Luhnow and his front office are unfit to do their job or whether they will lead the Astros to the promised land. Right now, their future lies somewhere in between.