MLB Playoff Preview: Who should Astros fans root for?

The team hasn't sniffed the postseason in years. Who can Astros fans root for in baseball's second season?

Share All sharing options for: MLB Playoff Preview: Who should Astros fans root for?

Baseball will soon be going away.

We only have a few more weeks left to watch this terrific game. So what if the hometown nine didn't get invited to the end-of-the-year party? The Astros have a new manager and improved by 19 games on their 2013 finish. Things are looking up. But, if you still want to follow baseball in the playoffs, what should you be watching for?

Let's run through all the playoff participants to see what their chances of winning it all may be and what an Astros fan might have invested in their success.

What to think about these A's? They were the best team in baseball, bolstered their rotation with two ace-level pitchers and then collapsed so hard in the second half. Their offensive problems don't lie solely with the loss of Yoenis Cespedes. They maybe lost too many times to the Astros and Rangers. But, there's still a ton of talent here. Josh Donaldson is a legitimate MVP candidate and the depth on the roster should help them win some postseason games. If they can overcome the Royals in this Wild Card Game, they've got a shot to get past the Angels.

Astros angle: Well, this one's easy. Houston's trying to emulate the best and there's no better at adopting analytics and putting them into practice than Billy Beane. On the downside, Houston doesn't really need a strong team winning the World Series in its own division. If the A's lose, maybe they blow things up. It's a toss-up.

It's hard not to root for the Royals. Years of incompetence and misery will do that. Follow any Royals fan on Twitter (and there's a lot of them out there). What you see is a stream of defeatism and jubilation at the same time. It's what I imagine the next Astros winning season will be like, whenever that comes.

The Royals aren't a classically built team. They have holes in the roster. But, they're also young, play great defense and have a solid rotation. Combine that with a very good bullpen and the Royals could be built for a postseason run. Or, they could be built to crush the hopes and dreams of all Royals fans who started to care again. It's a toss-up.

Astros angle: Rebuilds don't always travel in a smooth arc. There are fits and starts. They take time. But, with a patient general manager who recognizes mistakes (like Jeff Francouer) and makes bold moves (the James Shields trade), the Royals became a winner. That's hope for every downtrodden Astros fan who's faith in Luhnow and Co. could be slipping. If Dayton Moore can win it all, so can Luhnow. So can Luhnow. 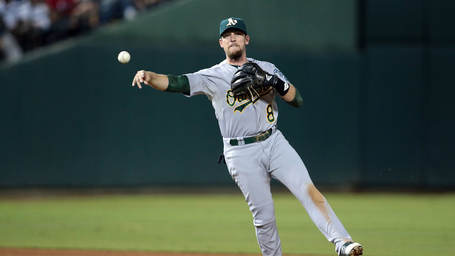 The only reason the Pirates get edged out by the Royals on the Misery Index is that they made the playoffs last season. They have one of the best players in the National League, if you can remember what that is. The other league does weird things, like let pitchers hit and do something called a "double-switch." I'm pretty sure that means putting a reliever in left field for a batter before bringing him back in to pitch.

At any rate, the Pirates are easy to like. Unless you hate them, as Mr. Grant Brisbee does. They have young pitching,  a talented all-around player in Andrew McCutcheon and play exciting baseball. It'd be fun to see them back in the World Series.

Astros angle: One of the most analytic-minded teams in baseball sure can make an imposing case for Houston to win that 2017 World Series. Gerrit Cole, less heralded than some of his draft mates, has sure provided the punch Houston hopes Mark Appel will someday. If the Pirates can win, it could validate a lot of what Houston's doing in its front office. Check out this great piece by Ben Lindbergh over at Grantland to see just how in-depth the Pirates go, meshing the front office and analytics into the coaching staff.

They're the oppo-Pirates. Instead of being young and fun, the Giants are old and have already won. Twice. What's the fun in that?

They do have pitching. At least, you think they do. Until you realize that Matt Cain was shut down in July and their third starter behind Madison Bumgarner and Tim Hudson is Jake Peavy. Do you want to trust those dudes against the Dodgers juggernaut?

The Giants could be the "glad to be there" team this year, making the postseason thanks to great performances by Buster Posey and Hunter Pence. Speaking of our favorite scooter enthusiast...

Astros angle: Hunter Pence. It's always Hunter Pence. If you still like the adorably goofy outfielder, you'll root for him to win it all. Otherwise, garlic fries?

Do you need to know when games are airing? We've got you covered.

Do the Tigers have enough offense to get to the finish line? They got an amazing season out of Victor Martinez, but Miguel Cabrera had a down year (for his ridiculous standards). J.D. Martinez was their fourth-best offensive player. That could be a problem in the next round.

Yet, who's the real challenge here? Detroit could luck into the ALCS, get a few strong weeks from its pitching staff and win the Series easily. Or, they could flame out in Baltimore.

Astros angle: On the one hand, there's the feel-good story of Brad Ausmus once again getting to the World Series. That'd be cool to see, as many of us still have a built-up affection for the former Gold Glove catcher. On the other hand, can't you just imagine J.D. Martinez hitting a crucial home run in a Series game? People will go crazy and we'll have to re-live the debates about Houston letting him go all winter.

Baltimore even survived a cliff-dive from Crush Davis, who also tested positive for amphetamines (Adderal) and will miss much of the postseason. They kept winning through it all and finished as the second-best team in the AL.

Astros angle: Underdogs can triumph. Sound team-building can make up for debilitating injuries. A team's top prospects don't always have to hit to create a contender. Basically, the Orioles are the best of a worst-case scenario. Plus, it would make Richie Justice start quoting Earl Weaver again and that's always gold. 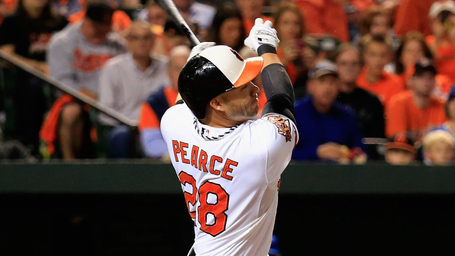 The best team in the American League. The favorites to reach the postseason. Albert Pujols menacing baseballs in the postseason for another year.

The favorite World Series matchup should be Angels-Nationals, but that's unlikely to actually happen. One will falter against a scrappier team. One will lose a game inexplicably, probably thanks to Matt Holliday.

I just wouldn't bet against the Angels. Look how much they've already overcome. Their pitching staff has taken hit after hit. They got very little out of Josh Hamilton and David Freese, yet they continued to march on. Lost Garrett Richards? Find Matt Shoemaker. Lose Shoemaker? Find someone else.

You don't have to like it, but there may not be a better AL World Series bet than these Angels.

No one likes the Cardinals.

No one cares that Adam Wainright is a great second banana for the Cy Young.

No one cares about stupid Yadier Molina and his mascara.

Which, of course, means the Cards will go to the World Series.

Astros angle: Luhnow still not as successful as his former team. Plus, I still kinda hate the Cards. Let's hope they go down in impressive flames.

I had a debate a couple times with my cousin's new father-in-law about who would be the best player to start a team with at this moment. I said Trout. He said Puig.

I'm not sure who's right. Yasiel Puig is an improbably great player. He's not hitting .400, but he does have a great combination of power, speed and defense that makes him exciting to watch. He's also incredibly divisive, but in a good way. Personally, I like bat flips and I don't care about his other quirks. But, I'm also not a Dodgers fan.

The best team money can buy may have the game's two best players in Puig and Clayton Kershaw. Both are (relatively) home grown. Does that prove free agency or expensive trades builds a roster or just supplements talent that's already there?

Either way, those two plus good seasons from Justin Turner, Dee Gordon, Hanley Ramirez, Juan Uribe and Adrian Gonzalez mean the Dodgers are just loaded. I mentioned above that an Angels-Nationals series is the favorites, but the most likely may be Dodgers-Angels in the Battle for L.A.

Astros angle: Money fixes everything? Let's go with that.

Finally, we have the Nats, who ended the season with a no-hitter from their fourth-most well-known pitcher Jordan Zimmerman. They are deep. They are strong. They have a good offense. They are young and on the rise, winning more games in the National League than anyone else.

Who will match up with them on the pitching staff? Steven Strasburg. Gio Gonzalez. Doug Fister. Zimmerman. That's a fantastic playoff rotation and could go toe-to-toe with the Dodgers foursome of Kershaw-Greinke-Ryu-Haren.

What's extra-cool about the National is that their best player may be Houston-area star Anthony Rendon. I'll settle for Springer, but I really wanted Rendon in that draft in 2011. I'll settle from being a fan from afar.

Astros angle: All those first overall picks have to pay off at some point. That is, as long as you sign them all.