Everything you need to know about the newest Astros' starting pitcher.

Now pitching for the Houston Astros, number sixty-three in your programs and number one in your hearts... Nick Tropeano.

But wait. Who is Nick Tropeano, you ask?

The Kinematics of Nick Tropeano 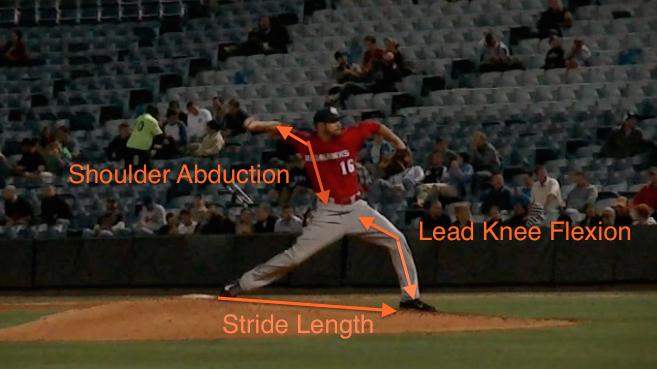 In addition to having one of the best nicknames ("NiTro") in the Houston Astros' system, Tropeano has made a name for himself as a solid, if not flashy, starting pitcher with a well-rounded repertoire, outstanding makeup, and an innings-eating profile that could make him an ideal #4/5 pitcher in a major league rotation. Of course, he also made a splash last year when he struck out A's prospect Vinnie Catricala on just one pitch.

At 6'4", 200 pounds, Tropeano is a physical presence on the mound. His fastball sits in the low nineties, and he's shown steadily-improving command of it this season and in 2013. He complements the pitch with an average slider and a truly-plus changeup that works equally well against lefties and righties, and which has been a topic for discussion at Fangraphs.

In June of this season, our resident pitching expert, Brooks Parker, broke down Tropeano's mechanics and had some concerns. It may be worth pointing out that not long after that article was written, Tropeano went on the Disabled List with arm tightness.

A 2011 fifth-round pick out of Stony Brook University, Tropeano will make his major league debut tonight, two weeks to the day after his twenty-fourth birthday. He made his way rapidly through the minors, and is a perfect example of prototypical September call-up: Someone with very little, if anything, left to prove in the minor leagues, who needs exposure to big leaguers in order to refine his game in the offseason.

It's still a question whether he will be able to succeed against major league hitters with a plus changeup and a low-velocity fastball that he commands well, which makes his debut must-see television for Astros fans.