Keuchel, Astros come out of the gate hot, but falter down the stretch in 6-2 loss to Rangers.

Coming into the weekend series with the Rangers, you had to feel best about the Sunday finale with Dallas Keuchel taking the mound against the Rangers and Nick Martinez. Keuchel has found his groove again of late, entering Sunday's game coming off of 3 strong performances in which he tossed 23 innings of 2 run baseball, registering 16 K to 4 BB in that span. Moreover, the Astros took the first 2 games of the weekend from the MLB-worst Rangers (I had to) to stretch their Lone Star winning streak up to 7 games.

In the early-going, Sunday looked like it had the potential to be all Astros again. Keuchel worked a quick first, and Robbie Grossman led off the second straight game with a walk. A nice welcome back to the lineup for Jose Altuve, who notched a bloop single to put runners on 1st and 2nd for the still red hot Chris Carter. Carter would ground out into what was initially called a double play. The play was overturned upon review into just an RBI fielder's choice, but the Astros wouldn't make more noise in the inning anyway. The second inning came to a close when Matt Dominguez defied the odds and ran through quick sand all the way from 1st to home on a double to LF by Marwin Gonzalez, but the throw beat Dominguez at the plate. Side note: the rule governing blocking the plate is terrible (even if the intention is pure and probably correct), but the out call was upheld after an umpire review.

Keuchel continued to cruise through the first 3 innings, needing only 40 pitches, while throwing first pitch strikes to 7 of the 10 batters he faced. Altuve reached base on a HBP, promptly stole second on the next pitch, and would come around to score on a nice piece of hitting by Jason Castro through the hole in the left side of the shift on a good pitch down and away to give the Astros a 2-0 lead. 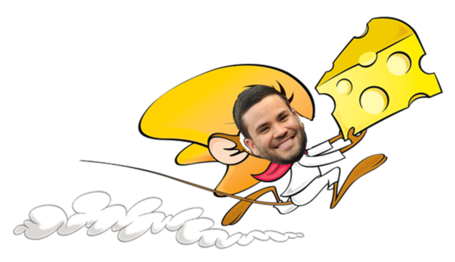 Elvis Andrus broke up Keuchel's modest no-hit bid to lead off the 4th with a bloop single to right field, and scored on Keuchel killer Alex Rios' double to the gap in left field. Rios would score to even the game on a single off the glove of Gonzalez deep in the hole. It looked like a good throw from Marwin would've had Rios at the dish, and the game got sloppier from there for Houston. Keuchel continued to pound the strike zone into the 4th, throwing first pitch strikes to all 6 batters he faced in the inning, but his command, and especially his location looked to escape him from the 4th inning on.

The Astros had scoring opportunities in both the 5th and the 6th. After a leadoff walk by Marwin in the 5th, Altuve rocketed a ground rule double down the right field line that would've benefited the Astros more had it not cleared the fence. Carter and Jason Castro would both strike out on fastballs up and in to end the inning. The 6th inning saw a really nice 10 pitch walk from Carlos Corporan (I know Altuve already has claim to the nickname El Escorpion, but my buddy started calling Corp the Scorporan, and it's got a nice ring to it. Would a bad photoshop job give it any more staying power? I'll let you decide). 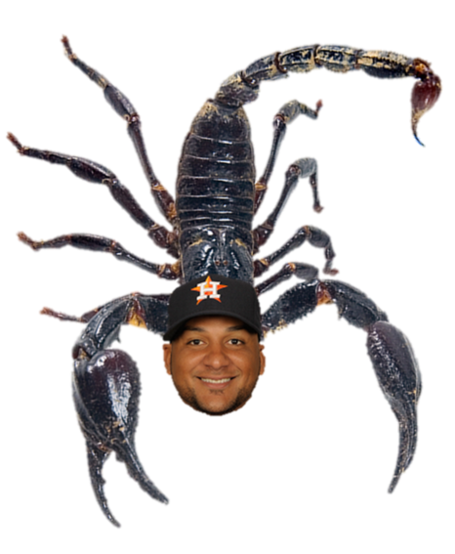 Jake Marisnick followed with a double down the left field line that would make Craig Biggio proud, but Marwin would pop out to end the threat.

During those same innings, the Rangers would take advantage of Keuchel's command issues to take the lead. In the 5th, Robinson Chirinos scored on a wild pitch, and Daniel Robinson scored on a sac fly by Andrus on an 0-2 pitch that was down and in but very hittable. Adrian Beltre led off the 6th with a homerun on a 2-2 fastball that couldn't have been in a better location to hit if it was on a tee. Keuchel managed to work out of a jam by inducing an inning ending double play, but he also walked consecutive batters after being up 0-2 and 1-2 respectively. Very un-Keuchel like and a recipe for trouble.

The Astros would go down quietly from there, with the Rangers' bullpen going the final 4 innings allowing just 2 baserunners against 4 Ks.