On the Astros: The Appel Incident, perception and reporters with opinions

Share All sharing options for: On the Astros: The Appel Incident, perception and reporters with opinions

There's a tricky intersection of sports reporting, opinion and public perception. This weekend, that intersection got placed squarely on Minute Maid Park, with Mark Appel driving the bullpen car to controversy.

There's a lot of story threads here. Another round of anonymous quotes from Astros players criticized management, a week after management took quite a beating for the end of Aiken Watch 2014. Mark Appel continues to struggle, continues to get favorable treatment and continues to be a lightning rod for public opinion. But, just as important as the Astros internal issues leading to this is the thread of perception.

Astros County wrote a great piece that I won't try to replicate here. He hits on many of my thoughts from this weekend about why the Battle of Little Bullpen was a non-story and how it was manufactured into something bigger. But, "manufactured" implies hostile intent on the part of a news outlet, and I don't think that's there. 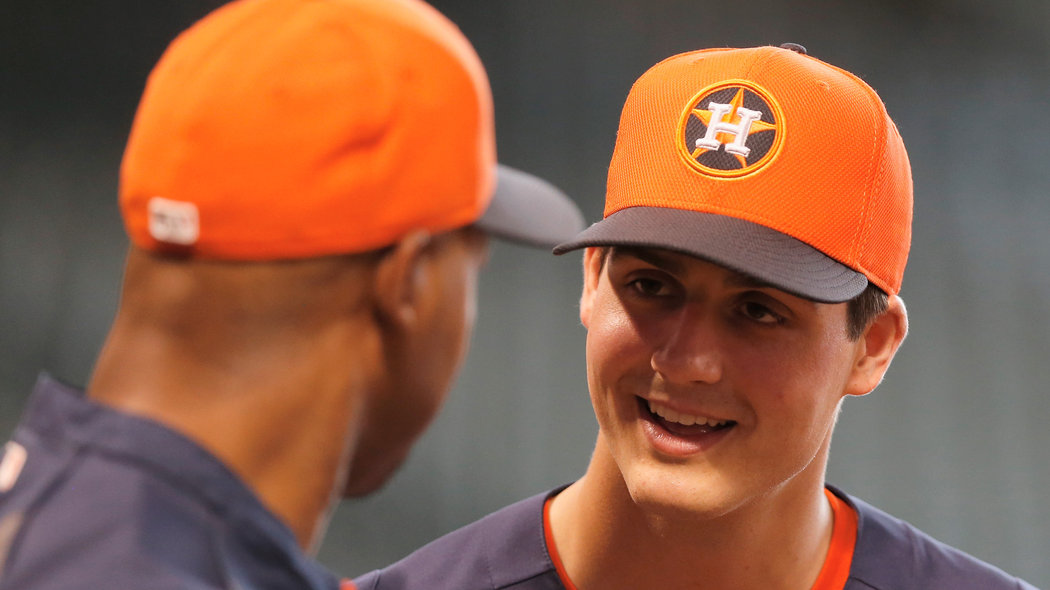 The background on the Battle of Little Bullpen.

What we do know is that Houston is a one-newspaper town. The Houston Chronicle dominates coverage. It's got the resources to devote daily coverage to a team that's lost 100 games for the last three years and appears to be a shambles, even as it attempts to avoid a fourth-straight 100-loss campaign.

If anything, we should wonder why the paper of record in Houston hasn't taken a stronger stand against all these losses before now. Towns like St. Louis, smaller markets than Houston, are much tougher on their local nine. Why do the Astros get a pass?

We know why, of course. It's the same reason why TCB writers have supported the moves from Day 1. The rebuild was necessary. It wasn't controversial at the time, but now, as the losses have mounted and there's been no tangible progress, tempers are flaring.

How much are they flaring? That's tough to figure out. Since the Chronicle is the only game in town, there are a distinct lack of outside opinions. While Brian T. Smith (who covered the Astros for less than a year), columnist Randy Harvey and beat writer Jose de Jesus Ortiz have all slammed the Astros over the weekend, we've seen others stay silent.

Where was Brian McTaggart? Where was Alyson Footer? Where was Mark Berman joining the cry against this front office?

The fact that the most vocal critics all work for the same source doesn't invalidate the criticism itself. The reports still got quotes from disgruntled players. It's still an issue in that clubhouse and has to be dealt with. This wasn't an isolated incident, either. 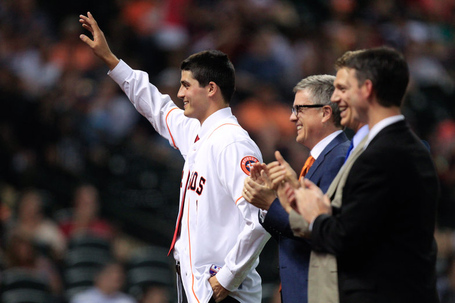 But, when one of the sources getting said quotes has also used hashtags like #LoseNow on Twitter and been very quick to voice his opinion on the direction of the team, does that raise questions about the impetus behind stories?

The Washington Post had a story last week on social media use and reporters. In it, they cited multiple examples of reporters getting reassigned or suspended for using social media sites, like Twitter, to give their opinions that could be controversial. One reporter was reassigned for making comments about a Hezbollah cleric. But, in the story, there's an interesting note about another firing:

The Ashland (Ky.) Daily Independent this month fired a veteran reporter, Ken Hart, after he used his Facebook page to critique a local car dealer's TV commercial. Hart said the newspaper acted after the dealer complained about the post and apparently threatened to pull his ads from the newspaper.

What does it matter that a reporter criticized a car dealer? Well, it's all about the money. Those ads were probably a sizeable chunk of the paper's ad budget. So, the advertiser got to dictate editorial decisions to the newspaper in a way.

That's an oversimplification, of course. But, how much power do opinions contain for reporters?

It seems like there should be a line. When the trend is to allow reporters to voice opinions in the same space where they also provide facts, though, where do you draw it? Opinions drive sports media interest. Opinions gave Skip Bayless and Stephen A. Smith a successful and lucrative TV career. Opinions are why Jerome Solomon has a radio show and why Brian Smith is trying to break into radio. Opinions sell.

They can also obscure the facts. In my day job, I get criticism from time to time that I'm biased for one high school or another. This couldn't be further from the truth. The only high school I'd be biased toward is my alma mater and I haven't covered a TWHS game in my nine years of sportswriting.

Now, imagine if I started expressing opinions about the schools on Twitter. What if I started calling out a local coach for how he runs his athletic department? Those same critics suddenly have proof of my bias. Now, a simple feature or game story about the team is "colored" by my social media interaction.

It doesn't matter if the bias is there. The perception is enough to color any story I do. 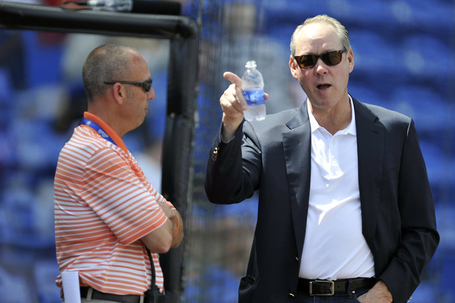 That's a two-way street. In an industry that looks down on fans and those who write like them, even straight analysis gets painted with the same stroke. Very few get to transcend that, but certainly not on the level I'm at. That's why we at TCB will often get criticized for supporting the front office no matter what.

It's all about perception.

Maybe I'm a less than semi-intelligent media person of Brian Smith's reference, because I don't get why this story is a big deal, nor why there were any unwritten rules broken. Maybe I'm in the tank for the Astros front office.

All I know is that minor leaguers work out at Minute Maid Park in the offseason. I know that they played a game there earlier this season. I know that Mark Appel threatens current players, because he could take their job in due time, if he performs well.

I know that the Astros front office wouldn't have a job very long if they promoted a guy with a 10 ERA to the majors, just because he was the No.1 overall pick. I also know that all my interactions with the Astros brass has been positive. I know that Kevin Goldstein has always been very helpful, that Mike Fast is awesome and gives us quite a bit of his time.

I know that I've never seen the arrogance of this front office on display, unless they're arrogant to try and do different things than the traditional baseball wisdom might dictate. I also know that any question of the Astros not wanting to win should have been erased last winter, when the team spent money to improve the major league roster. I know they traded for one of the three best hitters on the roster last winter, giving up young talent to do so.

I know that George Springer was brought up as soon as the Astros got an extra year of service time, not when his contract would come cheaper, to give Houston the best chance to win six years from now as well as this season. I know that Jon Singleton came up in a reasonable amount of time, too. I know that Jarred Cosart has been given a chance, as has Robbie Grossman, Jonathan Villar and more, even if they weren't found by this front office.

Lastly, I know that Evan Drellich's piece on Mark Appel was a fantastic read. It was even and balanced, even if it did contain quotes from anonymous players. That proves there's no inherent Chronicle bias at work here. They have no agenda. They just have three people who strenuously object to this Astros front office. If we lived in a bigger media market, they'd be three voices among many. But, since we're in Houston, they're an overwhelming majority.

That distorts the perception of everything from this team to their paper. It's unfair, but it's all we've got.