Share All sharing options for: The 2014 Astros Futures Game: A photo essay

I have seen The Future. Well, at least part of it.

The first-ever Astros Futures Game was a thrilling contest between the Corpus Christi Hooks and the San Antonio Missions. Though the Missions prevailed 15-14, the Hooks' prospects gave Astros fans plenty to celebrate and look forward to.

As one of those fans, and as a Crawfish Boxes writer, I was glad to capture several of the evening's moments on camera. Here are some images from before and during the game. Enjoy!

(All photos and captions by Edward S. Garza.) 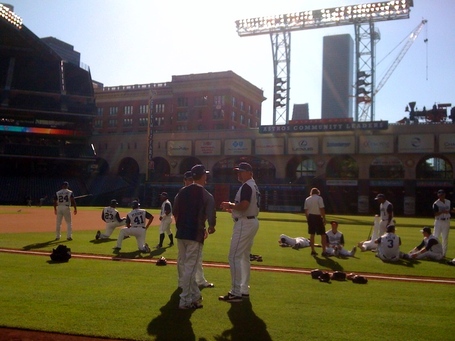 Hooks players stretch before the game as interim pitching coach Doug Brocail carries on a conversation in the foreground. 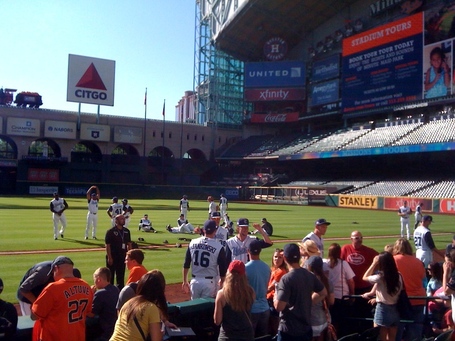 Fans gather for autographs and conversation. 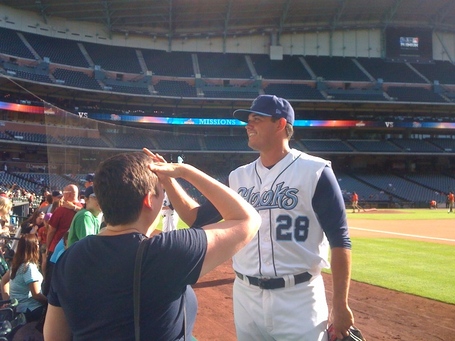 Relief pitcher Tyson Perez stops by to speak with Jayne Hansen, the creator and sole writer of What the Heck, Bobby?, a blog devoted to the Astros' farm system. 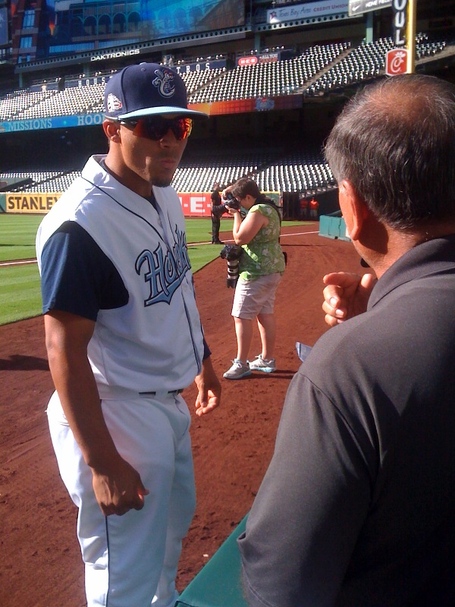 Starting pitcher Luis Cruz speaks with a fan after signing an autograph. 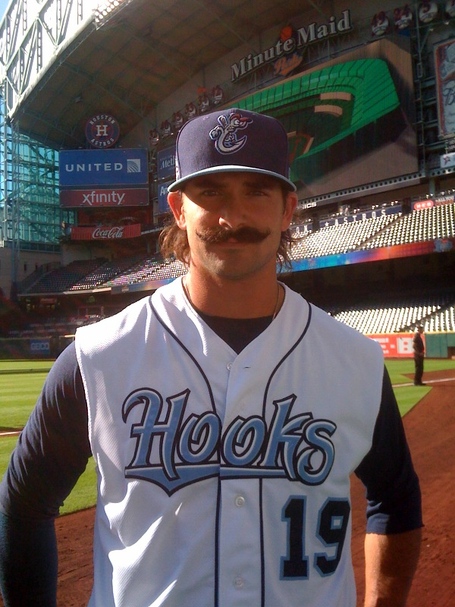 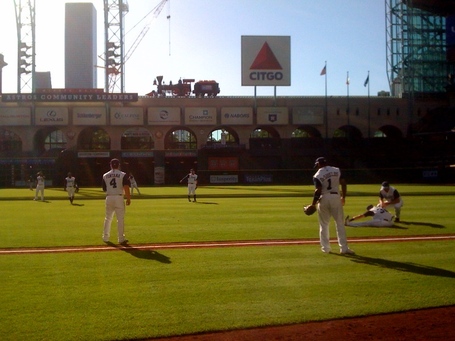 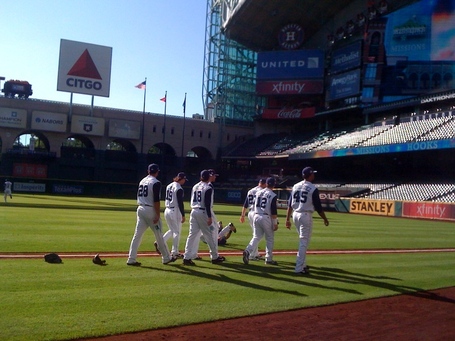 Several Hooks move toward the outfield as part of their warmup. 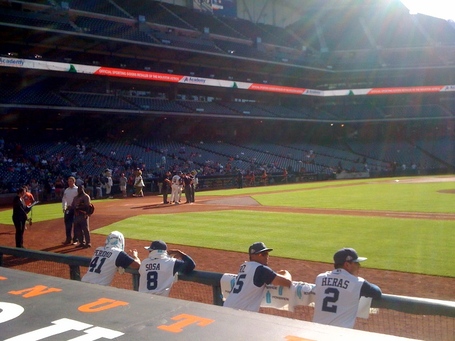 Players stand in the home dugout as the managers exchange their lineups at home plate. 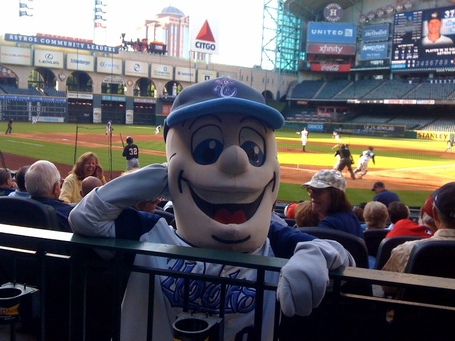 Rusty Hook takes a relaxing breath during the early stages of the game. 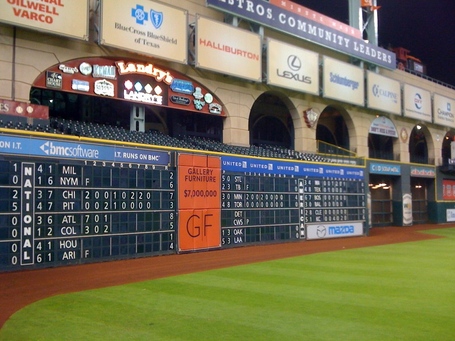 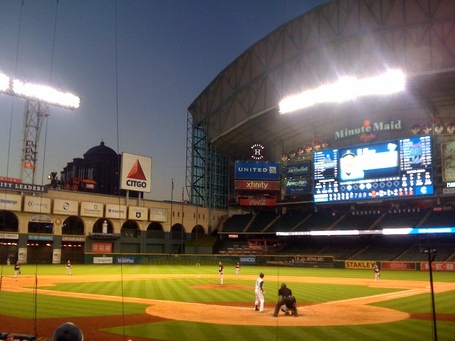 Dusk draws to a close as the slugfest continues.