I have another spot start as our fearless leader is still in Augusta. I imagine Jim Nantz randomly following him around whispering "a tradition unlike any other".

1. Astros fail to move the dial

Last night, like many nights, I was catching up on some work and listening to a few baseball podcasts. One of the podcasts I regularly listen to is the Baseball Prospectus Effectively Wild Podcast with Ben Lindbergh and Sam Miller. The topic of the Astros came up in the most recent episode. Not for their play on the field but for the fact that they once again got a 0.0 television rating for Monday's game against the Angels.

I admit, every time I see one these negative stories I feel the need to come to the rescue of the team. Why is this a story when it is well know that the team's dumpster fire that they call an RSN is still raging out of control? So I tweeted at Mr. Lindbergh and Mr. Miller. and got a response -

Which Miller is correct, the trajectory is important. Last year's 0.0 game was fighting against the NFL and the season was in its' twilight. This was only game seven(to be fair a Monday game at one o'clock). It does bring up the question that if Jeff luhnow tells us the team is going to be bad and the team is bad, why do fans have a reason to come back? Has the team overplayed its' hand trying to setup the team to win for the long term? I would think not, it will only take a playoff run for the "loyal" baseball fans of Texas to switch their caps from Rangers to Astros once again.

2. Another Day, Another CSN Houston Story

This may be another CSN Houston, but it's probably the most entertainingly presented. John Royal, former TCB Astros Baseball Podcast guest and writer for the Houston Press, lays out the outcomes for CSN Houston with Chris Carter-

THE STRIKEOUT:
Like a Chris Carter at-bat, the strikeout is the most likely scenario for CSN Houston, which means the network will cease to exist. This will come about because the parties cannot agree to a workable business plan to guide the network through bankruptcy, leaving only one alternative: going out of business..

A reference to Trogdor would have been the icing on the cake.

April 10, 1962, the Colt .45s played their first home game in Houston, defeating the Cubs 11-2. Roman Mejias and Hal Smith homered for the .45s, Mejias had two on the day. Bobby Shantz picked up the win, pitching a complete game - allowing two runs on five hits and two walks. The win was the perfect gift for owner Judge Roy Hofheinz on his birthday. 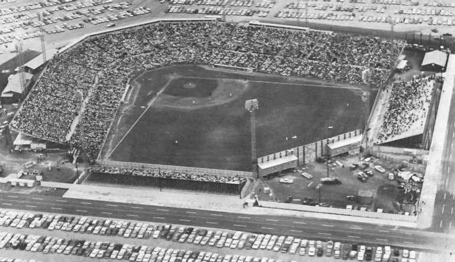