In 2014, the Los Angeles Angels of Anaheim should win more than 78 games, their total from 2013. Nonetheless, they’ll need everything to click if they’re to make the playoffs. Whatever happens, the Angels should be an intriguing, potentially chaotic club. 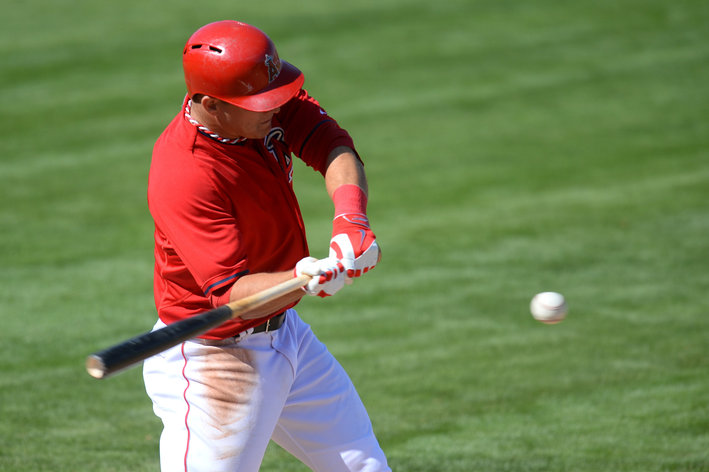 (These projections, courtesy of FanGraphs' Team Depth Charts, descend according to wins above replacement. All other stats in this article also come from FanGraphs.)

Here I could type the words "Mike Trout," triple the font size, and call this section a done deal, but that would only be partially right. The Angels actually have other things going for them. Aside from boasting a 10-win player in the outfield, the team possesses Josh Hamilton and Albert Pujols, who’ve each played baseball well as recently as 2012. The former swung a hose last year while the latter suffered a heel injury, but both still project as above-average regulars this season. Between the two of them, the Halos should expect about six wins above replacement, assuming each stays healthy. That result would be a three-win improvement over what Hamilton and Pujols did in 2013.

For that matter, the Angels’ position players should do better overall. At third base, newcomer David Freese should provide about one win over Alberto Callaspo. As for more tenured Angels, Howie Kendrick and Erick Aybar are slated to produce a combined five WAR, nice production from the middle of the diamond. Elsewhere, Hank Conger and Chris Iannetta should make the catcher position about league average, and that has value. Then there’s the 26-year-old Kole Calhoun, who projects to be as valuable as the departed Mark Trumbo.

Three stick out. As with last year, the Halos’ starting rotation is riddled with questions. Can the youngsters--Tyler Skaggs and Hector Santiago--last 175 innings, if not 200? Can they do so while remaining effective? Will Jared Weaver keep getting outs as his fastball dips deeper into the 80s? C.J. Wilson and Garrett Richards should provide some relative stability, but this rotation can crumble under injuries or inconsistency. The squad lacks viable depth, and the farm system is too weak to help.

Speaking of viable depth, one struggles to find it on the Angels’ roster. Former prospect Grant Green will back up Kendrick at second base, but the bench is rounded out by J.B. Shuck and the ancient John McDonald, each the essence of a replacement-level player. When not DH’ing, the 41-year-old Raúl Ibañez might spell Pujols at first base or someone else in the outfield, but his value only comes at the plate. Worse yet, his new home park suppresses left-handed power.

Defense might be another bugaboo for the Halos. Besides Trout, they fail to offer an impact defender. Conger, Iannetta, Aybar, Freese, and Calhoun all project as below-average in the field. (In Conger’s defense, some metrics fail to consider his pitch-framing skills.) Their struggles would matter less if they played behind, say, the Detroit Tigers’ rotation, but Weaver & Co. will need them to convert hits into outs. 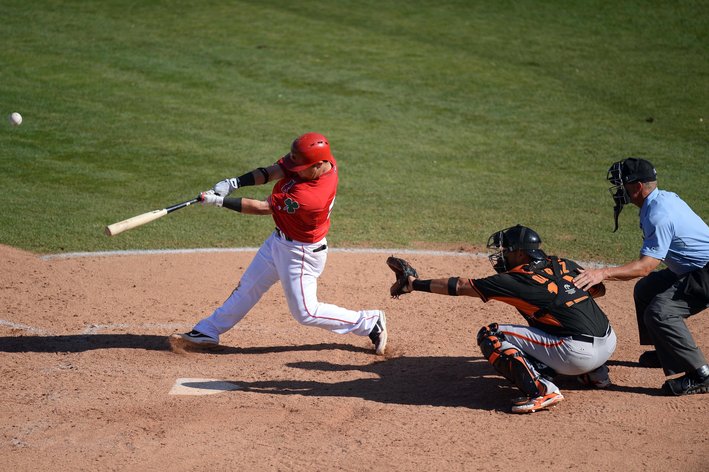 This one is easy: Kole Calhoun. Over 222 plate appearances last year, he slashed a healthy .282/.347/.462. It’s a bit suspect that, at the age of 26, Calhoun has never played more than 58 games in a season. But for now, his age should work in his favor, since he’s approaching the traditional peak year(s) for position players. Moreover, he can play left field, right field, and first base, so he’ll enjoy plenty of chances to bat.

This one is between Freese and Weaver, but I’ll go with the former. While Freese is still a fine major-league starter, the red flags are piling up. His defense continues to falter, as does what little value he’s had on the basepaths. Soon to turn 31, he is even losing one of his better skills--power. After smashing 20 homers in 2012, he hit only nine last year, and now he’s moving to a pitcher’s ballpark. Freese established himself as a major-leaguer at the late age of 27, so chances are that St. Louis harvested his best years, leaving the scraps for Los Angeles. At this point, his skill-set screams for a steep decline. The Angels can only hope it doesn't happen soon.

The Los Angeles Angels of Anaheim will win between 84 and 88 games--I’ll pick 86--and finish second or third in the AL West. They will miss the playoffs once again, affirming that there’s really no substitute for young, cost-controlled talent. Sometime before the All-Star Break, Pujols will hit his 500th career home run, a fleeting sparkle in an otherwise disappointing year. Manager Mike Scioscia will once again keep his job through September, though the front office will reevaluate him as soon as the regular season ends.

The best end-of-season news for the Halos? Mike Trout will win his first MVP award.