Today we talk about possibly the deepest division in baseball. From top to bottom, the NL West is a dogfight, with three or four different teams capable of challenging the Dodgers' supremacy if things break correctly.

Our first look around the National League.

Our look back in the Astros' old haunts.

It won't get the respect of the AL East, but this division is every bit as loaded. Watching all those other teams battle it out with the Dodgers' money will be a lot of fun to watch. Let's get to this.

Oh, Dodgers. Your 2013 season won't be duplicated any time soon. From the slump at the beginning of the season to Puig-Mania to Clayton Kershaw quietly putting up Koufaxian numbers, it was a sight to behold. How many other teams can boast an outfield deep enough where an MVP runner up three years ago might not even start? Or a team where Hanley Ramirez gets overlooked?

But, that's the Dodgers. With Magic Johnson came a steady stream of cash that means the Dodgers get to add whoever they want. Sign Kershaw to a ridiculous extension. Pen lucrative deals with Juan Uribe and more. Oh, and also keep prospects like Joc Peterson in the minors because there's no room to play them.

All that money and talent increases expectations, however. If the Dodgers fail to finish with the best record in the National League, people will grumble. If they fail to capture a pennant, people will rumble. This is a win-now team if there ever was one. 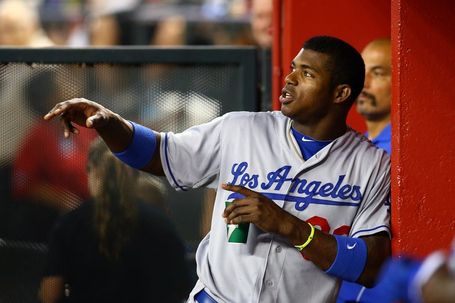 That brings us to 2014, when the Giants will inevitably win the World Series once again. Why? Well, let's start with the pitching. Even if Tim Lincecum never gets it back, the Giants still are ridiculously loaded here. They have Matt Cain, Madison Bumgarner and Tim Hudson, followed by Ryan Vogelsong at the back end of that rotation. I'll go out on a limb and say all five of those guys (Timmy included) are better than anyone in the Astros rotation.

The offense may be the linchpin here, but Hunter Pence should be solid in right and Buster Posey and Brandon Belt won't hurt, either. A rejuvinated Pablo Sandoval is shooting for a big contract in his walk year, which could mean a return to 2011 form, when he posted a 5.5 fWAR with positive defensive numbers. 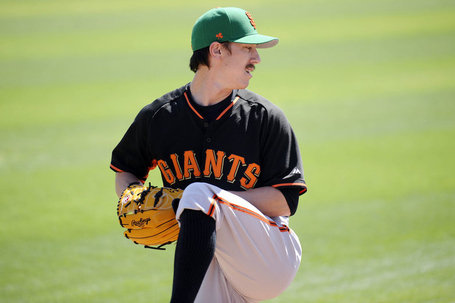 What is even going on with the Diamondbacks? We'll save a recounting of their offseason madness for our best and worst transactions later on, but for now, let's talk about Paul Goldschmidt.

Drafted out of Texas State University in 2009, Goldschmidt never sniffed any top prospect lists. He was an eighth-round guy who was limited to first base, but needed just two years after being drafted to make the majors. At that point, Goldschmidt showed off an elite walk rate with good power before breaking out in 2013 with 30 home runs and a 6.4 fWAR season.

That netted the former The Woodlands High School player a win in the Houston Player of the Year category from the BBWAA's Houston Chapter awards. Goldschmidt is also signed to a very team-friendly deal and should be in the middle of the D'Backs lineup for a long, long time. Too bad the rest of this team is sort of a mess. 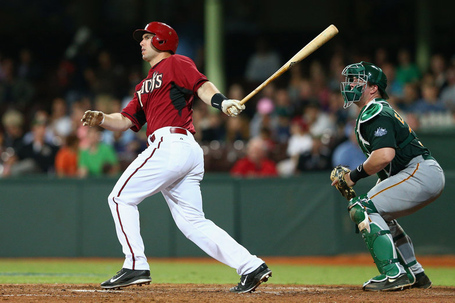 Did you know that Baseball Prospectus' season projections (based on PECOTA) have the Padres finishing third in this very tough division, with their first .500 season since 2010 and just their second since 2007? It seems surprising, but PECOTA really likes the offense and the top of the rotation.

You can see why. The lineup is filled with young, interesting names like catcher Yasmani Grandal, first baseman Yonder Alonso, second baseman Jedd Gyorko and shortstop Everth Cabrera. Add in legitimate star Chase Headley and this could be one of the better lineups in the NL.

The trio of Ian Kennedy, Andrew Cashner and Josh Johnson could turn into a formidable trio, if Cashner breaks out and Johnson bounces back from his injury history.

Still, that's a lot of ifs to go right for this team to get back to .500. They may be a year or two away from challenging for the division title, but the NL West can be unpredictable. If Alonso or Grandal hit like they were supposed to at one time, Headley puts together a great walk year and Gyorko continues to morph into one of the best second basemen in the game, the Padres could make some noise. 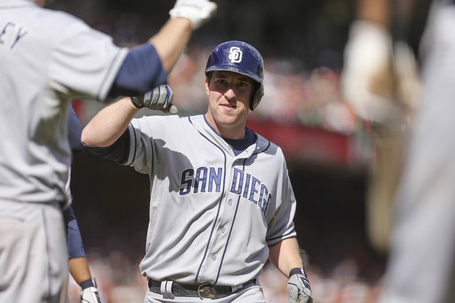 I really like where Colorado will be in a few years. Nolan Arenado could be an All-Star at third base. Wilin Rosario os a good defensive catcher who also hits bombs. Troy Tulowitzki is a perennial MVP candidate with his combination of defense and power at the most premium position on the field. Carlos Gonzalez is another MVP-type hitter who would be the biggest star on many other teams.

But, for Colorado to be better than the 88 losses in 2013, it needs to take a step forward on the pitching side. Jhoulys Chacin looks like a star, posting a 4.3 fWAR season last year. Jorge De La Rosa also is a solid middle-of-the-rotation guy while Juan Nicasio pitched better than his ERA and Tyler Chatwood had a nice debut season.

There may not be enough here to compete with the Dodgers or Giants, but this is one of the strongest last-place teams you'll find in the majors. 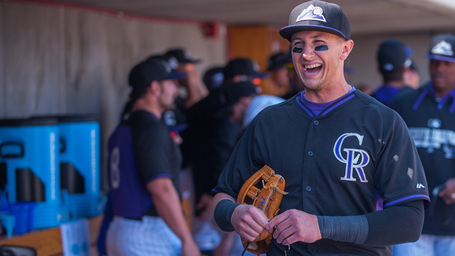 Really, really like the Padres signing Josh Johnson to a one-year deal. He's a perfect bounce-back candidate and I can absolutely understand why the Astros were interested in doing the same thing. Johnson should have ample chance to recover in that huge park San Diego has and could give the Padres much more value than the $10 million they invested in him.

I want to go with the Padres signing Hector Ambriz, but I can't. That'd be mean and to Astros-y. Really, though, this category is owned by the Arizona Diamondbacks. Let's recap their winter.

It's started out innocuously enough, with Arizona shipping off Heath Bell and getting a pair of minor leaguers for it. Then, they started doing kooky things. Like deciding Mark Trumbo was the answer to their struggles, even though they had four capable outfielders and an MVP candidate at first base in Paul Goldschmidt.

Still, they picked up Trumbo in a three-team deal with the Angels and White Sox for Adam Eaton and Tyler Skaggs. Then, they traded a good third base prospect in Matt Davidson to Chicago for Addison Reed, a reliever, just so Martin Prado could play third.

Then, they signed Eric Chavez to do...washed up things? It was an odd, odd winter for the D'Backs. But, at least they're still gritty.

Kinda wanted to go with Yasiel Puig here on the off-chance he's the Cuban Joe DiMaggio. There's also a slight chance that Kung-Fu Panda goes nuclear in his contract year. But, ultimately, the pick here is Kershaw. He's possibly the best player in the entire National League and would threaten the American League if not for that Trout fellow.