Three free agents who should have signed with the Astros

Edward S. Garza looks at three players who signed with the wrong team this past winter.

Share All sharing options for: Three free agents who should have signed with the Astros

This time of year, it’s common for baseball writers to compile lists of the best and worst moves of the offseason. Such lists are consistently fun to read, but few of them analyze transactions from the standpoints of the players themselves. Free agents have their own goals, and they can fail to reach them just as spectacularly as front offices.

Enter a free agent archetype: the stock re-builder. This guy has just come off a terrible season or injury, though he has succeeded in the not-too-distant past. Teams will commit only a year to him, given the inherent risk. Fortunately, a one-year deal should work for the player as well, since he’ll want to set up a bigger, if delayed, payday. If he knows what’s good for him, the player (and his agent) will seek an organization conducive to his skill-set. He’ll find a roster that can properly use him, a home ballpark that plays to his talents, and other factors that make him a "fit."

For the following three players, the Astros could’ve been just that "fit"--indeed, the team courted at least one of them at the Winter Meetings--but they each chose to sign one-year deals elsewhere. This statement should not suggest that Houston would win more games with these guys on board (at least compared with whom Luhnow & Co. instead acquired). Rather, it means that these players could’ve boosted their value more with the Astros than with the teams they chose.

Due to knee injuries, Hart has not appeared in a major-league game since 2012. Nevertheless, he posted strong numbers as a Milwaukee Brewer that season, as shown above. The veteran, who turns 32 this month, was a commodity this winter because he provides something many teams drool over, Right-Handed Power™.

The problem, though, is that Hart signed with the Seattle Mariners. He now accompanies Logan Morrison, Justin Smoak, and Jesús Montero in a first base/DH logjam. With his past injuries and lack of athleticism, Hart has no business playing the outfield anymore, but he’ll need to do so to keep his bat in the lineup, slashing his value in the process. He has also signed up to play half his games at Safeco Field, a harsh park for righties.

Had he signed with the Astros, Hart would have not only enjoyed a better opportunity to play first base or DH, but also a shorter left field fence. Minute Maid Park’s left-field wall sits 315 feet from home plate, 16 feet closer than Seattle’s. Further, its left-center field alley invites more doubles and homers than Safeco’s. If Hart chose the Mariners simply because they’ll have a better team in 2014, his choice has merit, but it should skew his stats for the worst. 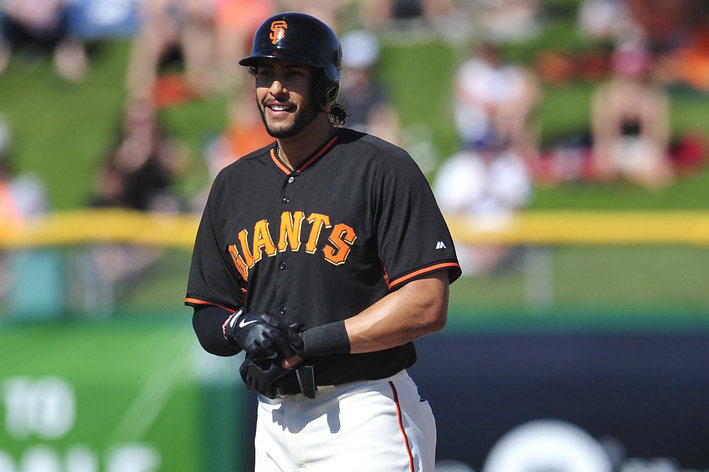 Morse can hit for power, and that’s about it. But if he had signed with the Astros this past winter, the team would’ve given him a simple order: smash the ball while splitting defensive reps between first base and DH. Just by staying away from the outfield, "The Beast" might’ve posted his first season of 1+ WAR since 2011. From a personal standpoint, he might have also benefitted from reuniting with Bo Porter, his former third base coach with the Washington Nationals.

By signing with the San Francisco Giants, however, Morse will limit himself to playing in AT&T Park’s spacious left field, where his poor defense will sabotage his overall value. The team already has Brandon Belt at first base and Hunter Pence in right field, not to mention the lack of a DH. Additionally, his new home park will suppress some of his home run power. For these reasons, FanGraphs’ ZiPS system projects Morse to be exactly replacement-level in 2014. If "The Beast" finishes around ZiPS’s other projections for him--14 HR and a .304 OBP--he’ll be searching for another short contract in November.

The storyline seemed set. Chris Young, a native Houstonian who graduated from local Bellaire High School, would sign with his hometown team at age 30. In Houston, he would get the chance to play center field most days, benefit from the Crawford Boxes, and occasionally rest by playing DH. In the best-case scenario, Young would reaffirm his versatility and garner the Astros more prospects by the trade deadline, handing over center field to George Springer. He would follow up this success by signing a fatter contract next winter, becoming this year’s Marlon Byrd.

Instead, Young signed a one-year pact with the New York Mets. The Mets (1) already have a good, younger center fielder in Juan Lagares, (2) host their games in pitcher-friendly Citi Field, and (3) share their division with the Nationals, Braves, and Phillies, all featuring fine rotations (and don’t sleep on the Marlins’ staff). Sure, the Mets might have offered Young more money to play for them in 2014, but the outfielder has likely sacrificed more future dollars to do so.

In the end, though, perhaps Astros fans should appreciate Young’s decision. If he’d signed with Houston in November, would the front office have still traded for Dexter Fowler, a clearly superior player? Probably not.

(All stats are courtesy of fangraphs.com.)