The Astros had individual photo day on Friday and it was glorious.

I'm sure everyone remembers photo day? For twelve years, your mom would try to make sure you had a clean shirt for your class photo. For some reason, I had a red Power Ranger shirt in one of my earlier school photos. Photo days come few and far between once you're out of high school. Normally, the only time you have to take a photo as an adult, the picture ends up laminated on card you use identify yourself or open doors.

Photo day is never quite same if you can't wear a red Power Ranger shirt anymore. Baseball players on the other hand annually get to have "glamour shots" done with their new uniforms1 and equipment. For TCB writers these photos come as a relief, the limited number of George Springer and Carlos Correa pictures was mind-numbing. No more, we have full slate of photos to work with now. So let's take a look at what we have.

First up, our traditional smiling faces of a new season. Brett Oberholtzer looks like he is smiling because he is about to beam someone with that ball. Hidden under Christ Carter's smile is the fire of a man, a dragon-man. 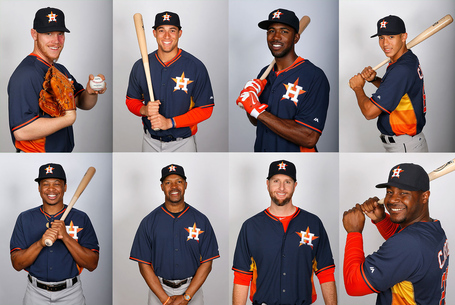 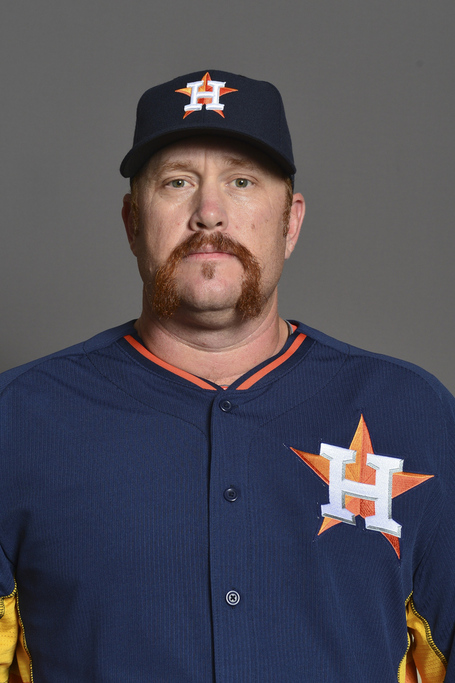 Next, we have the players that were mean-mugged for the camera rather than cracking a smile. At the top of that list is Josh Fields, who appears to have the expression of "Are we done yet?". While Brett Wallace has slowly transitioned from having a minuscule smile to a full on mug shot. 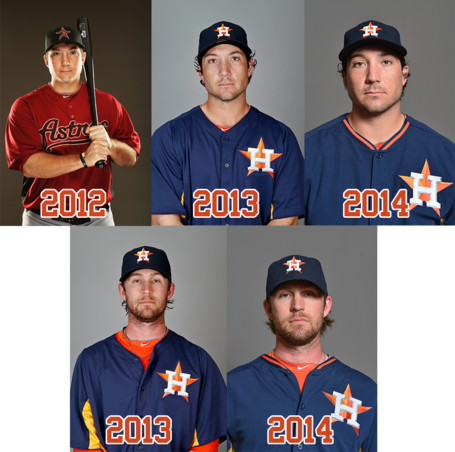 Now, we move on to the wild card round. Jerome Williams will soon be turned into a rally meme with his fist pump for the remainder the season. Bullpen coach Craig Bjornson hasn't gotten over his fear that cameras can steal your soul. J.D. Martinez is either hitting the high note or not awake yet. It's a hardknock life for a non-roster invitee, even the Astros aren't sure what position Gregorio Petitt plays. Paul Clemens has gained telekinetic powers over the offseason, so that's cool. Lastly, that hand in the background of Matt Dominguez is worth $6.35 million. It's Mark Appel. 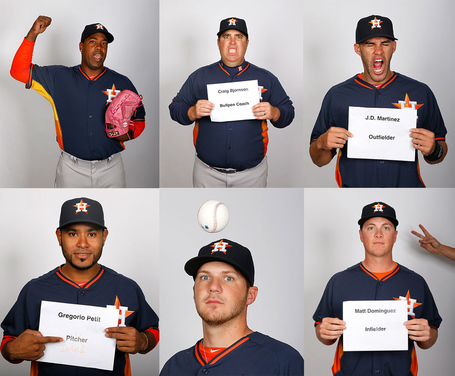 Next, we have a group of pitchers given the same directions - give me your best serious staredown with your glove in front of your face. I'm not sure Chia-Jen Lo got the message; even with the glove, you can see that smile coming through. 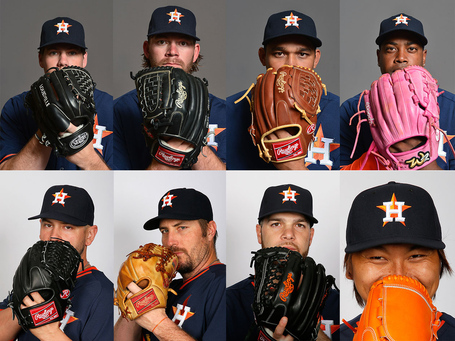 Look at these young, spry lads looking to make the team. Oh wait, that's Adam Everett and Morgan Ensberg. It's great to seem in the new Astros digs. 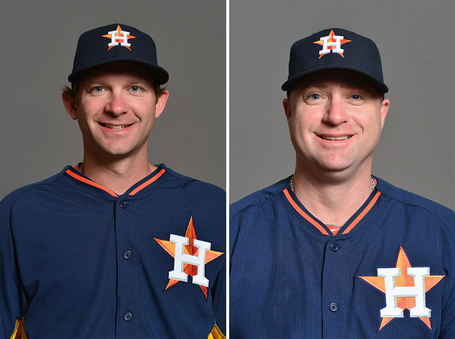 This is probably my favorite photo of the bunch, because I'm not sure if it's serious or unintentionally funny. Either way, I plan on turning it into many memes. Is Dexter Fowler trying for the GQ pose, taking off the glove to start a duel, or am I reading too much into this? I rarely use this word in my day-to-day vocabulary, but Fowler looks like he is oozing swagger. 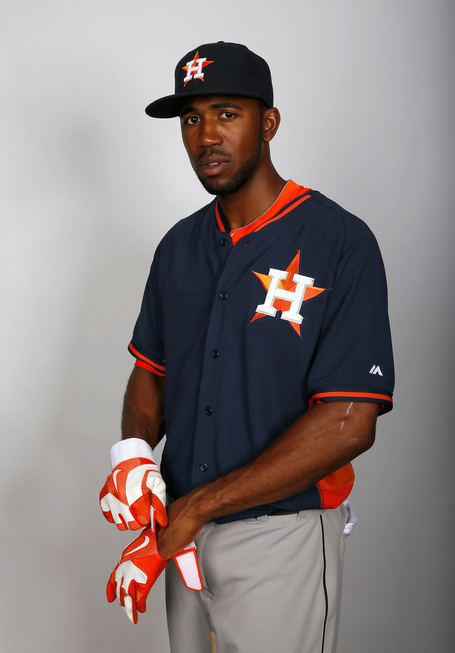 The best for last, the grand finale. Someone brought a clock chain, well it's more like a clock lanyard to the photo room. There isn't much to say about these photos, their majesty speaks for themselves. This picture alone makes me hope that Peter Moylan finds a way onto the roster. I also expect Jarred Cosart, L.J. Hoes, and Moylan to start some kind of retro rap group during the season. 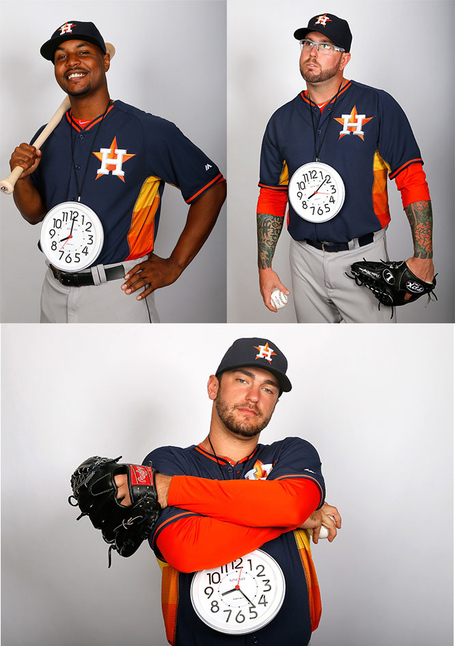 Of course, I couldn't go a whole post without photoshopping something. The Astros are ready to fight the power. 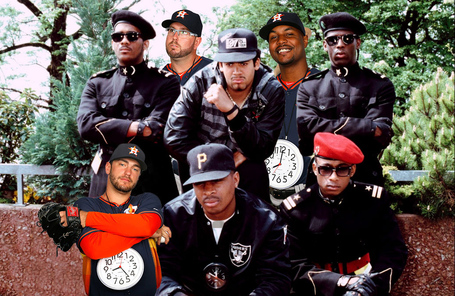 Well that was something, what exactly I'm not sure. Did this kill some brain cells? Probably. But, what was your favorite photo? What photo is missing if you could direct the players?

1The Astros BP jersey is just over a year old and the pattern has already been changed. MLB has added trim to the collar and sleeves of all 30 team's BP jerseys, but they also added stitching to the outside the rainbow panels that make them look cheap. I think the Astros should look into a more permanent Sunday jersey if MLB plans on changing the BP jersey every year. Of course, it should still include the rainbow, but something different then any jersey they currently run out on the field. Everyone would win, another jersey to sell. Hey, that gives me an idea for a post.