Talking about Bo Porter as Trey Hillman, prospect trends, a pitching comparison and another text from Bo...

Some things to talk about while I steal this idea for my kid in a few years...

1) Porter the next Trey Hillman?

Remember when I hinted in Wednesday's 3 Things that Porter's "disrespectful" rant might not fly with a more veteran team? Well, Justin Bopp takes that to its logical conclusion and brings up a scary comparison for Porter: failed Royals manager Trey Hillman. His anecdote from a Joe Posnanski story:

One of the first things Hillman did as new manager of the Royals was call a team meeting at home plate after a spring training game. He then yelled at his players in full view of the public -- while people were filing out of the stadium -- for some base running blunders they had made. Now, some people LOVED that. It showed guts. It showed that he was serious about discipline. Moore would say that he watched Hillman pull that Herb Brooks stunt and thought, "He's going to be one of the great ones."

Porter didn't quite do this, but can you see why observers around the team raised their eyebrows about this? Houston will be under more pressure this year, as Year 3 of the rebuild kicks off. If they don't make progress in tangible ways, cracks could begin to show. Those cracks could also doom Porter if he loses the team.

Consider me at Worry Defcon 3.

Two trend stories from this spring are relevant to the Astros crop of young players. First, Jesse Spector looks at the trend of young, hard-throwing pitchers hitting the major leagues and talks to Jarred Cosart. There's some great stuff about Cosart's development in high school in here:

"A couple of scouts said, ‘You know, you're supposed to be able to get up close to your peak velocity from the outfield when you're on the mound,'" Cosart remembers. "It was just a developmental thing, and about my senior year of high school, I started to see it where I was touching 95 and working around 91-92."

Lots of good info in there about all these hard-throwers, complete with players and coaches talking about it from around the league. Similarly, J.J. Cooper delves into this Age of Shortstops we appear to have been in for the past 30 years. For the first time since 1990, the BA Top 15 features five shortstops. That's pretty amazing.

It also reflects a a trend in baseball towards changing expectations for the position:

But when you look to shortstop, it's clear that the position has changed. It can be argued that most of the top 10 shortstops of all time have played the position in the past 30 years.

Sure Honus Wagner's amazing career still nearly defies explanation. But Alex Rodriguez, Cal Ripken, Ozzie Smith, Derek Jeter, Robin Yount and Barry Larkin compare favorably with anyone else in baseball history. Nomar Garciaparra's briefer career doesn't compare to that of Jeter or Rodriguez, but compare him to the shortstop greats of the past and his career looks very impressive.

For the first 100 or so years of the game, shortstop was a position where you put your best glove and hoped he'd occasionally contribute a hit or two. Field your position, bat in the bottom of the lineup and try to contribute offensively whenever you can.

Carlos Correa would not stick at shortstop 30 years ago. He'd be a third baseman for sure. But now, he has a chance to play 10 years at the position (at least) before moving over to third or second or somewhere else. That's a lot of value for him and for the team with his combination of defense and bat.

It's a good story and worth a read.

I made this point in an email thread with the TCB staff, but it was pretty striking, so I'm dropping it in here. Here are three pitchers in their first five big league seasons. See if you can guess who they are:

So I cheated a bit.

Player A is Randy Johnson

Player B is JR Richard

Even though his walk rate per nine innings spiked a bit in 2014, he's still got elite stuff and elite strikeout rates. He won't be turned into a reliever for a long time, because he will be given every opportunity to turn into a dominant starter.

BONUS 4) My daily text from Bo 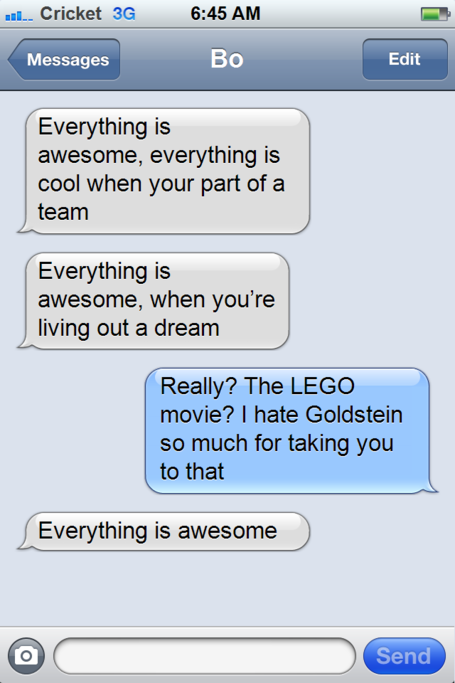