If I had a vote: Preseason AL Cy Young watch list

We did it for Rookie of the Year. Now let's do it for the Cy Young award.

Spring training is just beginning, but there's plenty to talk about in baseball. For instance, who will win the awards given out in six months? Just like last week, we're going to talk about an award watch list, just like those college football awards hand out. This time, though, we're focusing on the Cy Young award.

Who's got pole position heading into the season? Who could surprise as a candidate? Who's back from last year?

If I had a vote, these would be the players making my watchlist for 2014:

David Price supposedly had an off-season in 2013. Yet, he finished fourth in both FIP and true ERA and in the top ten in WAR, SIERA and xFIP. If not for a slow start and a May injury, Price would have been one of the leading Cy Young candidates last year. He wouldn't have won, but he'd have been up there.

Now, Price has endured an offseason of speculation about possible trades. He's getting close to being a free agent. He could very well be driven to even greater heights than we've seen before. Put all that together and I have a sneaking suspicion Price is in for a monster year. He's my favorite to open the season for this award.

If you think that this is a leftover from Darvish nearly eviscerating the Astros multiple times last year, you're right. But, it's also because of this:

Oh sweet Moses, that is filthy. That's nearly as filthy as Carlos Rodon's slider. Darvish finished second last season, maybe due to a late season lull. He's also got a much improved lineup that should win him some more games, which adds to his Cy Young prestige.

Not for me, mind you, but for other Cy Young voters. Maybe. We don't have meetings or anything. Darvish's other numbers are plenty good enough to put him second on my list for now. 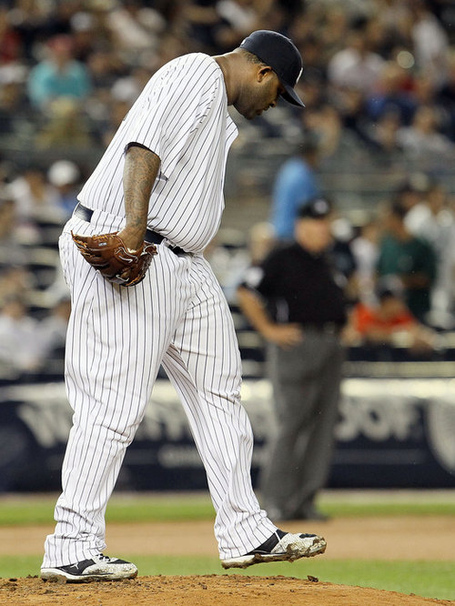 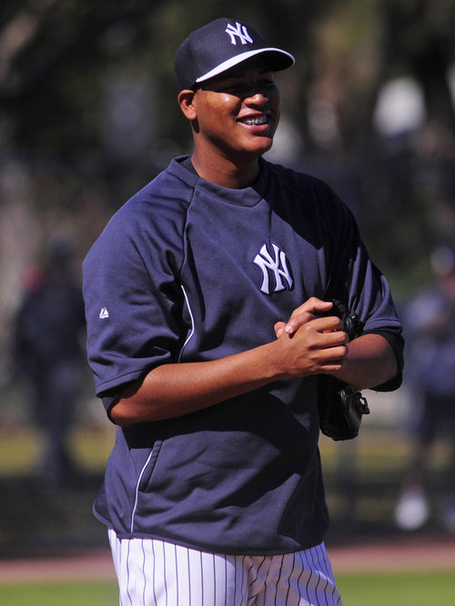 If CC doesn't have a legitimate claim to be a poster child for the BSOHL story, I don't know any more. Add in the New York Factor and he's in play.

You could make a case that four pitchers in Detroit's rotation could be on this list. Everyone would have picked Justin Verlander as that guy last year, but who would have thought Max Scherzer would break out like he did and actually win the Cy Young? If you knew it'd be Scherzer, go to Vegas and place a bet for me, m'kay?

But, it doesn't stop there, because Anibal Sanchez also finished fourth. You could make the case, then, that Verlander was the third-best pitcher on that staff. And that's a crazy case, but it has support. Add in good seasons from Rick Porcello and it's anyone's guess who finishes at the top of this rotation. Might as well flip a coin.

More than Nick Castellanos, the thing that haunts me about the 2010 draft is Sale. The stick-thin lefty went five spots after the Astros drafted DDJ.

Which means the Astros could have a Tigers-like rotation of Sale, Mark Appel and Carlos Rodon for years to come.

Give me a minute while I wash the bitterness out of my mouth.

Sale plays for a bad team, so he must be better to get noticed here. Good news for him is that he's been excellent. He had the fifth-highest K percentage and the seventh-lowest walk rate in the American League. He also had the fourth-lowest xFIP. Oh, he's also young, healthy and should continue pitching at a high level. I wouldn't be surprised if he jumped up and won this thing this year.

If CC doesn't get the Yankee votes, Masahiro Tanaka is the next-best candidate. A good season from him combined with a Yankees resurgence should make him a candidate. ... Never count out Felix Hernandez, even if the Mariners are bad again. ... James Shields was great last season and is now in a walk year. That's enough to keep some attention on him. ... If there's one Red Sox candidate, it has to be Jon Lester, right? ... Justin Masterson is trying to justify a huge contract. If the Indians are good again and he throws well again, he could pop up here.