May The Odds Be Ever In Your Favor

Share All sharing options for: The Conger Games: Catching Heat

Welcome, Hank Conger, to the Houston Astros, and the fight for survival.

Years before your arrival, the Houston district attempted to start a revolution against Major League Baseball by scrapping their entire major league roster and building from within. MLB, led by Bud Selig, won the revolution, the Houston Astros were moved to the American League as punishment, and an annual televised event was created. That event is known as The Conger Games.

In this event, two catchers (called tributes) are selected from each district each year to attend Spring Training in Kissimee, Florida. At the end, only two will stand as members of the Houston Astros depth chart.

Your competition is strong.

From the Houston district come Carlos Corporan and Jason Castro, also known as the Careers. Castro, a former All-Star, is easily the favorite to win one of the spots. Corporan, the incumbent, has developed a following among fans of switch-hitting catchers with a solid defensive game and a little bit of pop at the plate.

But there are others. From the Arizona district comes Tyler Heineman, also a switch-hitter with a solid defensive game, who has shown some pop in the past.

Not to be overlooked, however, are the upstarts: Max Stassi from the Sacramento district and "Rue"berto Pena from the Lancaster district. Roo is the youngest competitor, and considered a long-shot, but Stassi could be a real challenge in the Games.

Each tribute comes with their own strengths and weaknesses. For instance, Rue is exceptionally good at climbing trees throwing out baserunners.

Conger comes with a strong defensive reputation. FanGraphs' Jeff Sullivan is quick to bring up Conger's receiving skills, and Baseball Prospectus's R.J. Anderson and Mauricio Rubio aren't far behind. Certainly, that's a big part of the story. Sullivan has long been on the Conger bandwagon: In 2013, he wrote this about Conger:

Since 2007, this year’s Conger has the best rate of balls on pitches in the zone, and that’s by more than a full percentage point... For the Angels this year, Conger has been far better than Chris Iannetta in this particular department.

For the Angels in 2014, Conger split duties behind the plate with Chris Iannetta. Below, I compared the Angels starters' pitch values for games in which Iannetta and Conger started (I couldn't find inning-by-inning breakdowns, but I believe this does a reasonable job, particularly since starters almost always exit before their catchers do):

This is a raw comparison, without adjusting for games started, pitches caught, or innings behind the plate. While Conger was only half as good as Iannetta at getting value out of his pitchers' fastballs in 2014, all other pitch types had equal or higher values with the newest Houston Astro behind the dish. 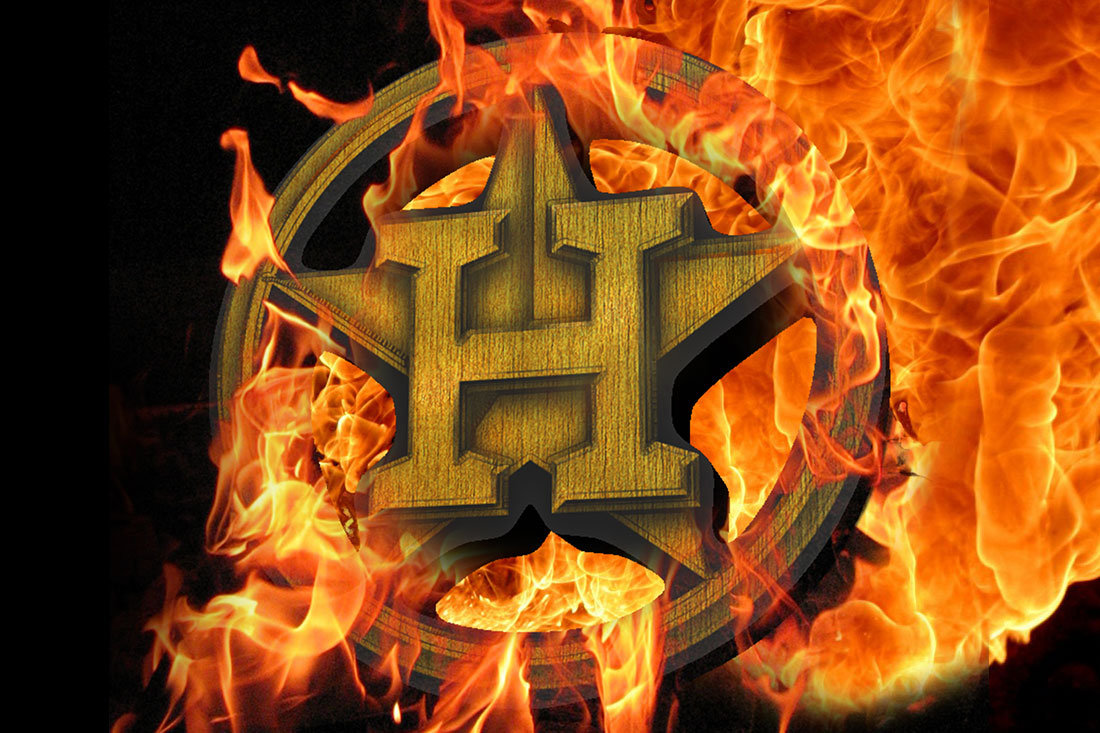 Offensively, none of the other tributes can compare to Castro's 2013 season, when he put up a 129 wRC+ over 491 plate appearances in 2013, earning an All-Star nod in the process. But Castro's 2014 was a major disappointment, as he saw his offensive numbers tumble across the board. He seemed to be trying to make up for decreased power by swinging at more pitches. Consequently, despite maintaining the exact same SwStk% in 2014, he saw his overall strikeout-rate climb from 26.5% to 29.5% while his walk rate tumbled from 10.2% to 6.6%.

Castro's fellow Career, Corporan, actually put up a reasonable 93 wRC+ in limited action in 2014, with almost the exact same ISO as Castro himself. He actually swung at more pitches than Castro (more than half of the pitches he saw, as a matter of fact) and whiffed on a higher percentage, as well. Still, he saw an anomalous 19.5% strikeout rate - down almost ten percentage points from 2013.

Despite his reputation as a defense-first catcher, Conger is no slouch with the bat. With a .221 average and a wRC+ of 82 over 260 plate appearances in 2014, he doesn't exactly have the best major league track record among the 2015 tributes. But where he starts to gain a significant advantage is in his SwStk%. Where Castro and Corporan are now consistently and comfortably in double-digits, Conger has a career SwStk% of 9.5. When you consider that he swings at a lot fewer pitches than either Corporan or Castro, you start to understand how he's compiled a much-better 21.9% strikeout rate. Of course, avoiding strikeouts isn't the only hallmark of a good hitter (or, perhaps, even a hallmark at all of one), but combined with his minor league career (in which he posted a wRC+ of at least 109 at every single level), it's a promising indicator.

That's a bigger deal than it may sound at first. Since 2010, only nine catchers have put together streaks of 109 or better wRC+ at every level before the age of 25: Buster Posey, Carlos Santana, Tyler Flowers, Welington Castillo, Jesus Montero, Yasmani Grandal, Travis d'Arnaud, Yan Gomes, and Conger. A mixed bag, to be sure, but not bad company to keep.

Conger's strengths behind the plate make him a favorite for the Conger Games, even without much of an offensive bounceback. Given his track record as a hitter in the minors, it isn't unreasonable to think that he may provide as much offensive value as any of the other tributes, with the exception of Castro.