On the Astros: Thinking about awards for this team

As part of the Houston chapter of the BBWAA, I get to vote on certain team-specific awards. Here's what I'm thinking this year.

Share All sharing options for: On the Astros: Thinking about awards for this team

As you may remember from before the season, the Baseball Writers Association decided to let me join their ranks this year for some crazy reason. With my new job, I'm not sure if I'll be able to keep my affiliation (though I'm going to try hard), so this might be the first and last time I get to vote on season awards for the Astros. What awards, you say?

The Houston chapter of the BBWAA gives out annual awards in a number of categories, both specific to the Astros and one that's MLB-wide. This year, I got to vote. I've already shared my votes with the rest of the TCB writers, spurring a bunch of debate on the usefulness of RBIs as a measure of player value and how to weight The Will To Win. But, I didn't want you, dear readers, to feel left out, so here are the categories I voted on and the logic I used to arrive at said player. Feel free to impugn my good name as much as you'd like in the comments.

My thoughts: No argument here. Castro finally "broke out," having a relatively healthy year, hitting for much more power than he used to (even if that trailed off in the second half), and showing he's not completely useless defensively. That earned him 4 fWAR, the highest on the team in a couple of seasons. Naturally, he gets my vote.

My thoughts: Remember two years ago, when everyone (not me, cuz I couldn't vote yet) picked Hunter Pence as MVP, even though he wasn't on the team any more? Yeah, that's not why I did this. I voted Norris because he's the only guy who A) had enough innings and B) was good enough to deserve the award.

Seriously, go check out the numbers of Houston's entire pitching staff this year. Look at the season as a whole and tell me there's one guy who deserves it more than Norris. Sure, Jarred Cosart has a pretty ERA (we'll get to him in a moment), but he's only got 60 innings. The rest have been good at times, but pretty mediocre overall. Someone had to win, and it was Norris by the two sweetest words in the English language. 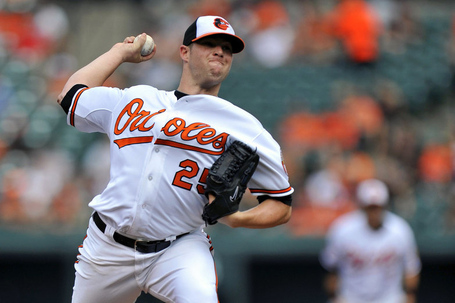 My thoughts: This made a certain TCB writer pretty upset. I'm not going to "throw him under the bus" this time, but let's say he's got a dog in this fight, and his name is Brandon Barnes. Why go with a pitcher who didn't even have enough innings to get my vote for the Pitcher of the Year?

Well, Cosart was just better than Barnes or anyone else for much longer. Villar has been good and would have my vote if he had 200 more at-bats at this level of performance. Cosart has the longevity and the excellence to steal this one.

But, you ask, what does ERA mean? Isn't it an imperfect stat we should ignore? Well, yes and no. ERA can be used, it just has to be understood. We know it doesn't account for unearned runs, which is a problem. But, Cosart only had two unearned runs. If we count those, his ERA ticks up to 2.25, which is still pretty excellent. Since 1961, only 17 pitchers have started 10 or more games, thrown 60 or more innings and had an ERA of 2.25 or less. Cosart is one of them and it's a pretty heady list, with guys like Mel Stottlemyre, Jerry Koosman, Tim Wakefield, Joel Pinero and Zach Duke.

Okay, my argument trails off a bit at the end there.

But, really, we know that every answer on this list should be George Springer if he'd been called up in July.

In this lousy season, yelling that on Twitter, at home or in my car has been one of the best parts. Add in that Carter is super nice, has a great smile and is pretty classy and we've got a no-brainer here.

My thoughts: First, I had no idea Carpenter was a Houston-area guy. Part of my blindness to anything Cardinal, I guess. But, there's no denying the season that Carpenter has put together far outweighed the other Houstonians on this list. I really wanted to add Jay Bruce, but he's just not been as good as a couple of the other guys on this list.