On Baseball: Why don't I care about Alex Rodriguez and the Biogenesis scandal?

I have a secret and it's all about the looming suspension of one of the best home run hitters ever.

Share All sharing options for: On Baseball: Why don't I care about Alex Rodriguez and the Biogenesis scandal?

Are you ready for a secret?

I don't care about steroids.

More: MLB & A-Rod: Who's overreacting? Everyone's favorite villain What to root for in Biogenesis case

Alex Rodriguez is about to be suspended by baseball. It will happen sometime today and it's expected that A-Rod will be suspended for the rest of this season and all of next season. Right now, he will appeal and he will then play tonight for the Yankees.

So, why don't I care? I'm the law-and-order type. I like following the rules and I expect people to do the same. A-Rod, Ryan Braun, Nelson Cruz and a bunch of other guys broke those rules, so I should condemn them for it, right?

I don't know why I'm so indifferent on it, but I have a few suspicions. The first is a generational thing.

Maybe my generation, sort that middle point between Generation Y and the Millennials, doesn't feel as strongly about steroids or performance enhancers. This story with the Mitchell Report and Jose Canseco's tell-all book broke when I was in college. Maybe my view of the world was just being formed at that point and unfortunately, PEDs became a part of that universe.

They're not evil. They're just a part of the landscape of baseball.

I don't entirely buy that. Like I said, I'm all about rules, and steroids are illegal. That's a problem. People shouldn't be taking them. But, does that make the players taking them scapegoats? Should they be castigated and suspended for life from baseball for being the face of the scandal? 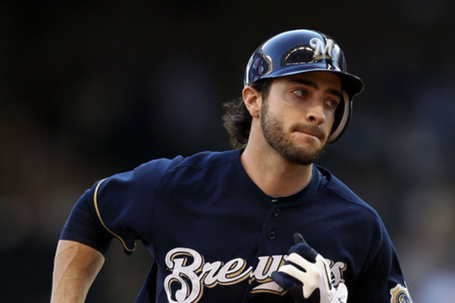 Maybe my indifference is because of baseball itself. I don't buy into the mythos around baseball. It's not the holiest of holies, it's not a hallowed sport that has always been pure of purpose.

Back in the '70's, Willie Mays took amphetamines. Back in the '50's, guys had elaborate methods for stealing signs. Back in the '20's, Ty Cobb pulled a fan out of the stands and nearly beat him to death.

Baseball is not pure, no more than the country it represents has ever been pure. It's a game full of flawed figures and hyper-competitive individuals. Guys will always try to get ahead, whether its with a spitball or a rosin-sunscreen ball. Heck, I bet Candy Cummings doctored the ball a little bit after throwing that first curve, just to get a little more drop on it.

I can't decry A-Rod or Ryan Braun for doing something that is inherent to baseball. Everyone tries to take the smallest advantage they can get. Alex Rodriguez' problem is he got caught.

All I can be is sad. Sad to see a former great player like A-Rod reduced to once again using performance enhancers of questionable effectiveness, just to hold onto the game for a little longer.

Maybe I'm not convinced that some of these performance enhancers really alter the game very much. Anabolic steroids, I know can add muscle and thus improve play. Pitcher can add mph to their fastball and hitters can pepper the stands with home runs.

But, Human Growth Hormone? Deer antler spray? Where do you draw the line? Should players be able to sleep in hyperbaric chambers to improve recovery time? That has more of an effect than has ever been proven about HGH or the other drugs the players were getting from Tony Bosch's clinic.

Maybe it's the news culture we live in now. A 24-hour news feed on the A-Rod saga may have desensitized me to it all. Instead of this big bombshell getting dropped at one time, we get reports for months that this may have happened. We knew A-Rod cheated before, but now we're going to cover it like the royal baby, wondering when, when, when will he be suspended?

All this news may have hyper-humanized sports athletes. Gone are the days when we can hold up athletes as paragons of virtue. Brett Favre? Umm, check his phone. Roger Clemens? Don't have a public trial without a whole can of worms opening. Jeff Bagwell? Squeaky clean, except for the ugliness of his tangential involvement in a sad divorce proceedings/trial.

I don't look up to athletes any more, so why should I feel let down when they cheat?

Whatever the reason, I just can't summon up the kind of vitriol I think I'm supposed to. Maybe this will get me kicked out of the BBWAA, but I just can't do it.

All I can be is sad. Sad to see a former great player like A-Rod reduced to once again using performance enhancers of questionable effectiveness, just to hold onto the game for a little longer. Once great athletes who can't let go is sort of pitiful and not the kind of sports stories I want to tell.

I'd rather focus on the positive stuff. The rookies making good. The career minor leaguer hitting his first home run. The coach making a triumphant return to the game.

That doesn't mean this story doesn't have meaning. It should be covered, because it has significance. Just don't ask me to condemn anyone.