On the Astros: Recasting Community, Baseball-Style

New shows are coming online for the fall very soon, so why not recast one with the Astros?

Share All sharing options for: On the Astros: Recasting Community, Baseball-Style

Last week, Terri and I were discussing article ideas, batting around things we could write about. She suggested re-casting a popular show with current Astros players. Obviously, I loved it from the beginning. Heck, I'd even done it before a few years back.

My suggestion for which show to use was no use to Terri, since she didn't watch it. I hit up our resident graphics genius Ryan for inspiration. He, too, wasn't in on this show, though he agreed to make the stellar piece you see above this article.

Just like the Astros, Community is a critically acclaimed but low rated show that just keeps getting dragged out. Season after season have been added on after it seemingly got cancelled. Similarly, this Houston rebuild has been drug out year after year. Do we really need to face another 100 loss season?

So, let's jump right in. It's time for Chris and Brandon IN THE MOOORNING.

Plus, I'm sure Luhnow fires off a classic Winger every now and then, usually in the direction of David Stearns probably. Oh, and the inspiring speech that rallies everyone together that Winger always pulls out...I'm sure there's video somewhere of Luhnow doing the same thing before the draft.

Lastly, have you ever seen a picture of Luhnow where he isn't buried in his Blackberry texting someone else? That's totally Winger.

Both are great parts of the show/team, bringing a little to the table in many different ways. Annie, though, is just so funny. Altuve is so good at baseball. Even when they're off their games a little bit (Annie last season, which I boycotted, Altuve for the last few months), they still bring plenty to the table.

Plus, both have cool things outside of the show/team they're connected to. Just like Brie is on Mad Men, too, Altuve has the delightful website How Many Altuves?

Then, there is Carter as Trogdor.

They both have great smiles, too, and can hit some moments absolutely out of the park. I mean, watch that clip of Troy crying. The cookie crisp wizard part? Cracked me up when I was watching it just now. Literally made me laugh out loud. How much fun is it to see Trogdro hit home runs and to then yell TROOOOGDOOOR?

Lastly, Troy meets LeVar Burton. You know, from Reading Rainbow and Star Trek. There's no equivalent with Carter, because Troy singing the Reading Rainbow song and sobbing is just the best.

Shirley (Bo Porter) - You know, because of the relentlessly positive attitude, even in the face of all that losing/craziness. Shirley has never quite topped Bo Spinning for me, but hey, there's still another season.

There's no question Abed holds the show together. He gives it that meta vibe by basically calling out all the things the show is trying to do. He's been involved in some of the best moments in the series. Oh, and he's probably also polarizing. I can see how people might not like him.

That's pretty much Barnes, right? Great defensive plays all over the place, holds the outfield together with his versatility, but there are people who question whether he should even be playing this much. Barnes makes this Astros team watchable, just like Abed obsessing over Kick Puncher makes Community better.

Chang (Kevin Goldstein) - If I had a nickel for every time Goldstein lubed himself up and went into the airducts of MMP after a monkey, or tried to take over the place with an army of 12-year olds...well, I'd have a lot of nickels.

The rest are yours, dear readers. Any Community fans out there who are willing to fill out the rest of the players? The dean? Starburns? I'm open to suggestions.

Later, we might even break out this feature on Game of Thrones. Ryan's already working on the art. 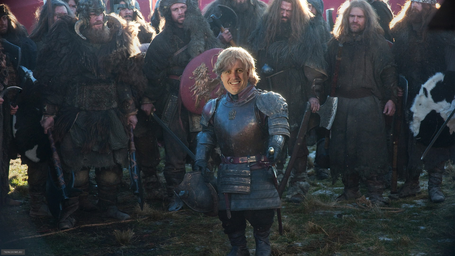