Once a high draft pick who was overshadowed by the player Houston didn't choose in that spot, Jason Castro has rewarded two different front offices with his play this season.

It doesn't seem so long ago. Five years after the 2008 draft, Jason Castro has proven to be one of the better first round picks by the Astros in years.

One year ago, you would not have been agreeing with me.

Two years ago, talking about Castro might have made you sad.

That's what makes Castro's All-Star berth this season so special. He has rewarded two different front offices' patience and showed that the journey from the draft to the majors takes as much belief as it does hard work. 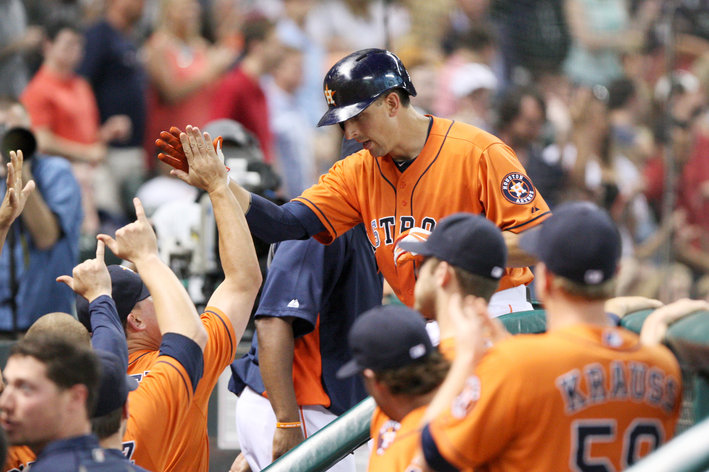 The Astros catcher is the only Houston player on the AL squad.

Castro hit well after being drafted out of Stanford, but still had more potential than production heading into 2010. He hit 10 home runs between two levels in 2009 with a walk rate over 10 percent. His scouting report back then was simple: gap power, good plate discipline, average defense. That was good enough to get him to the majors in 2010, when Ed Wade started the "Big Teardown" in earnest.

He performed well in 200 plate appearances that summer.

He hit .205/.286/.287 in those 200 plate appearances with two home runs and below-average defensive numbers. But, there were enough positive indicators to be upbeat about how he might hit in 2011.

Until, that is, he hit his first bump on the path to the All-Star Game. Castro stepped on first base awkwardly, tearing his knee and forcing him to miss the entire 2011 season. He returned for the Arizona Fall League that year and play all of 2012, but he missed a year of development.

Last year, he hit better than he had in his brief 2010 appearance. He hit well enough to assume he'd be a major league catcher for a little while, but there wasn't a lot to suggest he'd be an All-Star a year later. For one, his defense was pretty brutal. He didn't have much power and he didn't hit for a high average.

Those are not things that make you a star.

Yet, Castro has defied many of his indicators this season. He's hitting for more power. He's playing competent defense behind the plate and has raised his batting average while also walking at the same rate. That's combined to make him the second Astros All-Star catcher in franchise history.

Earlier this season, Jeff Luhnow was asked why Castro was hitting so well this year. His answer (He's finally healthy) seems simple. But, imagine how much faith the team had to put into Castro before the season. Yes, he's cheap and yes, he's a former first-round draft pick. But, that doesn't exclude him from being a trade chip while they collect catchers better at pitch framing. 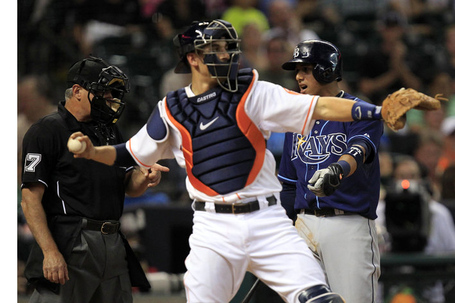 The Astros could have easily thought Castro not up to the catching load and gone out to sign a free agent at the position. Someone who could have caught 60-80 games and been a safety net for Castro.

The Astros didn't do this, though. They put their faith in Castro's ability to produce once healthy and he has. He's gotten better defensively, though the defensive metrics are iffy on catchers most times.

Plus, there's the power. That's what we never could have expected. Coming out of Stanford, he had that flat Cardinal swing. He wasn't expected to drive the ball much, and here he is, launching home runs at 110 mph off his bat. That rewards the Astros patience, as Castro has grabbed the starting gig and held off a similarly hot-hitting Carlos Corporan for playing time. He's a leader on the pitching staff, controlling games and doing the little things for a staff that Brad Ausmus used to do.

In some respects, it's fairly amazing that things have worked out this way. In others, it shouldn't be surprising at all. After all, Castro was the 10th overall pick in the 2008 draft. He should be a star.

But, if I had written an article just before he was called up back in 2010, predicting he'd be an All-Star in three seasons' time, you would have laughed me off the site. If I had suggested that he was the second-best first-round pick in 2008* (after Buster Posey), you might have banned me for ever penning another word for TCB.

*Spencer did just this in our TCB writers' email thread.

Baseball is a funny game, but every now and then, it rewards the patient.

2013 MLB All-Star Game: Who will be the Houston Astros' representative?