Two new pieces from national writers on the Astros trading market today. First up, Jon Heyman takes a few swipes at the Astros before getting into the meat of what they plan to do this deadline. Here's what he says:

The likelihood would seem to be that both veteran players are traded from the also-ran team, as last-place Houston, which has done an excellent job gathering prospects lately, continues to shoot for 2015 and beyond. The Astros have said they don't have to trade Norris, as his $3-million salary isn't onerous, but it should also increase his desirability to other teams.

Yup, more snark and not a lot of actual information. Did he have to call the Astros also-rans and a last-place team in the space of six words? 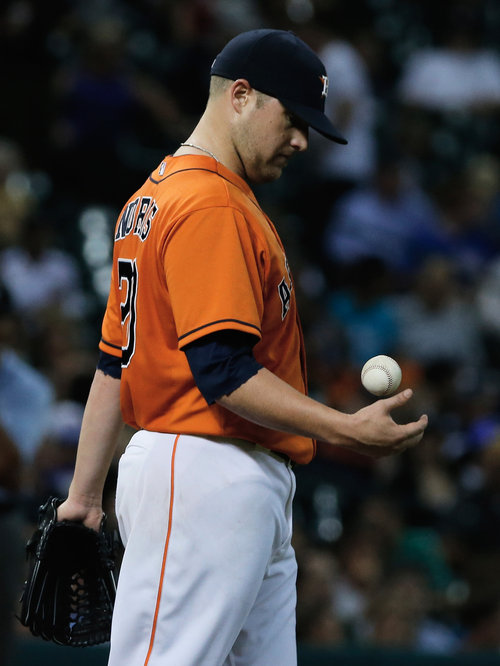 Tim looks at which teams make sense for Norris

Literally, we learn nothing new by Heyman's piece. We knew that both Norris and Veras were on the market already. Heyman didn't even update the list of teams in on Norris. Instead, he threw out all the teams that have been linked in the past to Norris. I feel like I wasted my time reading his piece and wasted yours writing about it.

On the other hand, The Bow-tied One Ken Rosenthal has a piece up on the Baltimore Orioles and their interest in more pitching.

The Orioles, continuing to explore ways to improve their pitching staff, are among the teams talking to the Houston Astros about their available pitchers, according to major-league sources.

This is certainly surprising, since I'd assumed the Feldman deal ended the Orioles forays into the market. I'm sure the price for Norris will be prohibitive for them, but I wouldn't be shocked if Bedard is spun off to Baltimore this deadline. They could use him in the bullpen or the rotation and he won't cost a ton.

We'll keep you updated as we hear more rumors and baseless accusations.