The Atlanta Braves have an interest in left-handed Astros reliever Wesley Wright.

Earlier today MLB Daily Dish made us aware that the Braves are interested in left-handed reliever Wesley Wright, according to Mark Bowman of MLB.com.

The Cubs' James Russell, the Brewers' Mike Gonzalez and the Astros' Wesley Wright are among the left-handed relievers on general manager Frank Wren's wish list. While Wright is considered a candidate, it appears the Braves are more interested in the possibility of dealing for either Russell or Gonzalez.

Wright isn't the top man on the left-handed reliever market and rightly so, Wright has a 4.41 ERA in 32 plus innings for the Astros this season. His fielding independent pitching (FIP) and expected fielding independent pitching (xFIP), as well as his higher than average batting average on balls in play (BABIP), suggest that he should be in for some favorable regression as a reliever out of the bullpen. 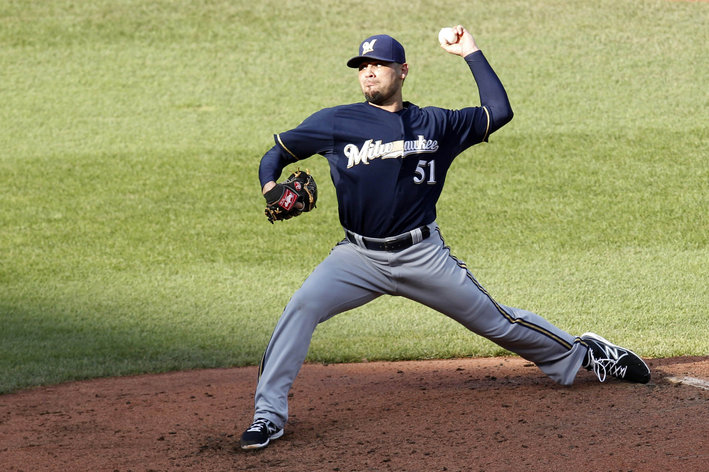 The Braves are focusing in on the many left-handed options available on the trade market.

While his strikeout rate has dropped slightly this season his walk rate has improved and is at a career low. The problem for Wright this season, besides the high BABIP, has been keeping the ball in the yard and getting lefties out.