On Sunday, Houston sent down the lefty, but didn't immediately announce his replacement. Who will it be?

Now that I'm back from an internet-free couple of days, I'm catching up on all the backlogged news. Like the fact that Brett Oberholtzer was sent down to the minors on Sunday. Who knew?

The move isn't directly related to the promotion of Cosart, who must remain with OKC for 10 days after being sent back to the RedHawks on Saturday.

Who will it be? It's a mystery, so let's don our best deerstalker caps and figure this puppy out. Where to look first?

How about the disabled list? Maybe Oberholtzer's demotion was to clear room for a soon-to-return player from there. After all, that's why Jarred Cosart was sent down, right? So he could make room for Justin Maxwell. 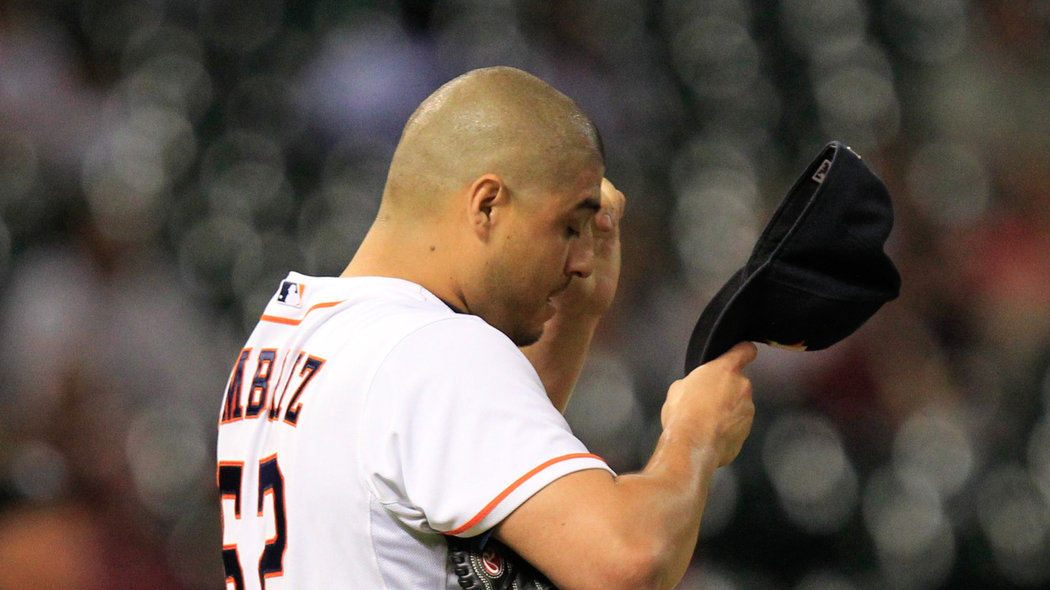 Just 15 days ago, Oberholtzer was recalled to the big league team

Two players on the 40-man roster are also on the DL right now. Well, three if you include Alex White, but only two are on the 15-day DL. The first is pitcher Edgar Gonzalez, who very well could fill Oberholtzer's spot, seeing as he's a long reliever who should fit nicely into the bullpen. The only problem here is that Gonzalez hasn't been on a rehab assignment yet, which makes that move unlikely.

Next up is Trevor Crowe, the outfielder who went on his rehab assignment on July 4. He's been hitting down in Kissimmee, but could need some game action before he gets back to the majors. Plus, Houston is already carrying five outfielders and likely won't carry a sixth until Cosart is recalled.

Oh, what's that? Did I skip a step? Yeah, I'm assuming this move is just temporary, as the roster will change once Cosart is recalled. So, Houston is trying to finesse the roster for the days between now and then.

Back to the case. If it's not a DLed player getting ready to be activated, maybe it's a matchup thing? Let's look at the schedule:

Seattle has five or six possible regulars batting from the left side and Oakland has six. Which means it make sense for Houston to have more lefties in the bullpen. Wait, Obiehockey is a lefty. So that's no good.

Maybe Oberholtzer wasn't performing well and this was just to get him some work in the minors? Except Obiehockey hadn't pitched since July 5, when he went 3 1/3 innings at Texas, while allowing three hits and a run. Can be performance-related.

Except, the fact he hasn't pitched in so long should tell us something. Maybe Houston wants to get him some more development time and needed him to pitch more regularly. Maybe he's going into the Triple-A rotation. Maybe this was more about getting him some time and the reason there was a delayed announcement is they hadn't decided who to recall.

Okay, so we still need to decide who takes his spot. Let's at least agree that it won't be anyone not already on the 40-man roster. Let's assume it's a pitcher destined for the bullpen. Who does that leave us with?

Hector Ambriz. He's right-handed, he's pitched enough in the minors to "get back on track" and he can be sent back down once Cosart comes up if necessary.

What do you think? Who makes sense to take Oberholtzer's place on this roster?