Our own graphic designer created a great mock-up of Appel in an Astros uniform.

You know, we don't talk about this enough, but our own graphic designer, Ryan Dunsmore (d_more55), is really one of the best parts of this site. From the awesome draft graphics he's produced (seriously, did you see that mock draft one?) to the Three Things and podcast logos, he's done some great work.

But, this may be his masterpiece. So soon after the draft, we already have a sense of what Mark Appel might look like in an Astros uniform some day. 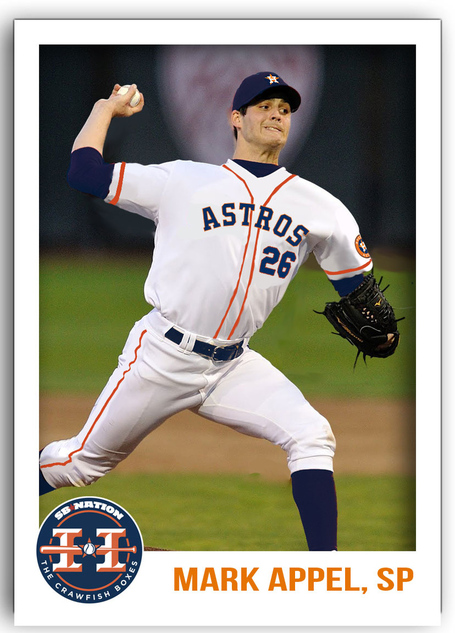 If that doesn't get your blood pumping about the Appel pick, then I don't know what will.

Great job, Ryan. Hopefully, we'll be seeing Appel's real rookie card soon and you know it won't look as good as this.

For more information on Appel and the Astros draft, check out these resources: