MLB Draft 2013: Astros take Andrew Thurman with the first pick in the second round

Houston nabs a polished college right-hander with the top pick in the second round.

Share All sharing options for: MLB Draft 2013: Astros take Andrew Thurman with the first pick in the second round

Here's the summary of Thurman from his draft preview: 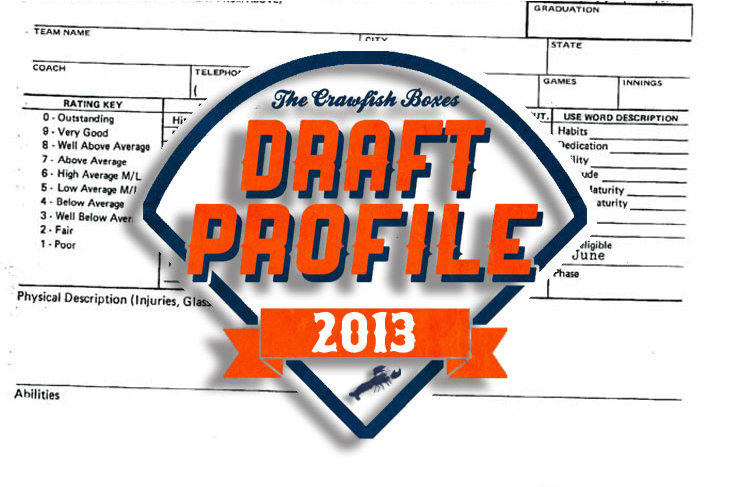 A great look at one of the top college arms in this draft.

His mechanics are repeated well and should not lead to any red flags as far as I can tell. His arm action is smooth and he uses a high 3/4 release point to add downward plane to his fastball, which comes in between 90 and 93 MPH, even in the later innings. In college he relies heavily on his plus changeup, which clocks in anywhere from 77 to 82 MPH, ideal separation from his fastball. His changeup shows sink and fade and plays wonderfully off of his fastball. His command of those two pitches is his bread and butter, which allows a parallel to be drawn between him and Astros' farmhand Nick Tropeano when he came out of college.

While most of our draft crew wanted either high school catcher Jonathan Denney or Stanford outfielder Austin Wilson with the top pick in the second round, the Astros went with a guy our crew ranked No. 30 on the Top 100 prospect list. He was either No. 2 or No. 3 on most of these guys' boards and was considered a first round talent by the Houston front office.

He's a polished guy who didn't have super success, but what I see is that he's flashed the ability to command three pitches. If he can consistently use that curve with his fastball and change, he's got as much potential as any first round pitcher.

For more information on Appel and the Astros draft, check out these resources: