On the Astros: Thinking about Mark Appel's apparent soon-to-be signing with Houston

Some random thoughts and ideas that pop out of Mark Appel's alleged deal with the Astros.

Share All sharing options for: On the Astros: Thinking about Mark Appel's apparent soon-to-be signing with Houston

There are not many bigger-than-life figures in professional baseball. That's because so many stalked the hallowed halls of the game for so long. Names like Yogi Berra, Ty Cobb, Bill Lee and Bo Jackson create legends, but they still don't transcend what happens on the field. They are of a piece with the Babe Ruths, the Barry Bondses and the Craig Biggios of that same world.

Yet, Scott Boras looms like a rocky shoreline in the mist. He is Legion. He is the end of civilization, or at least your team's meager budget. For as long as I can remember, Boras has been the bad guy. Before Carlos Beltran's wife chose to live in New York, Boras was feared and reviled. Before Boras drove up the price for No. 1 picks like Stephen Strasburg, he changed draft strategies.

He is a force of nature.

At least, that's the perception of him. Yet, the Astros feel so confident, so assured of their places in the baseball world, that they took a Boras advisee at the top of the 2013 draft class. This obviously spelled doom for the team in many ways, but it hasn't.

Bottom line: Mark Appel's signing will not be difficult.

Word broke last weekend by favored Boras reporter Jon Heyman that former Stanford right-hander Mark Appel and the Astros had agreed upon a deal. Later in the day, Baseball America's Jim Callis tweeted out that the signing figure would be for $6.35 million, much less than the $7.9 million draft slot for the top pick.

And yet, days passed without confirmation. In fact, Astros GM Jeff Luhnow denied any deal was close, saying they had shut down negotiations so that Appel could graduate from Stanford on Saturday and that negotiations would pick up this week.

But, there are still plenty of questions. Like, why the delay in the announcement? Why the false leaks? Have the negotiations really gone this smoothly?

Again, let's point to how competent the front office has been. Jeff Luhnow and his team knew or had a pretty firm grasp on what Mark Appel wanted in a contract before they picked him. Mark Appel and Scott Boras then has a pretty good understanding of how much the Astros were willing to give him. From there, it's all about finding a middle ground, right? Negotiating 101

Add in the fact that Houston had already (allegedly) negotiated with Appel last season and had a basis for a deal then and this year should have gone this smoothly. Luhnow has worked with Boras a number of times to sign clients and got some high-priced amateurs signed without much fuss in last season's draft.

But, there's still the question of the delay. It could simply be that Appel had a vacation planned for this week. We knew he didn't want to sign until after graduation and we knew he said he had a trip in the works. Maybe he had the tickets lined up before the draft, and wanted one last trip before beginning his professional career.

On the Astros side, it looks much better on their end if they delay the signing until after that's done. That way, Appel is doing it on his own time, not the company's time. Secondly, the Astros probably wanted to rest his arm after a full season of pitching at Stanford this season. By delaying the signing a bit, they accomplish this too.

If Boras did indeed leak the numbers, there has to be a reason, right?

Well, that may be found one spot below Appel on the draft board. What if Boras argued that his other client, Kris Bryant, deserved more money than Mark Appel? What if Bryant, who has the leverage to go back to school, wants to be the highest paid player from this draft? He could float the numbers after they'd been agreed upon in principle between the two sides and try to force the Cubs' hands. 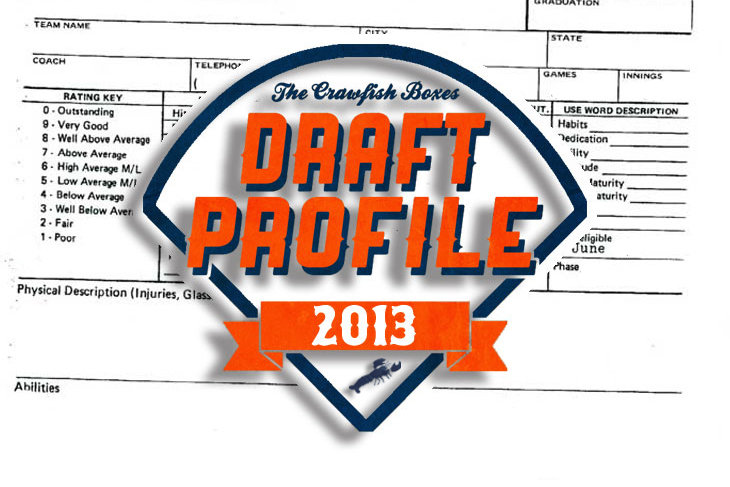 A reminder why Appel was chosen No. 1 overall

Houston, meanwhile, loses some negotiating leverage with its other high profile high school draftees, but not much. Do we really think that Devante German or Austin Nicely are going to break the bank with signings for $500,000 over slot? So, Houston isn't losing a ton with the knowledge that they saved a specific amount of money at the top of the draft.

Bottom line: Mark Appel's signing will not be difficult. It will not drag on past the July 15th signing day. Houston does not have to worry about the Big, Bad Scott Boras eating up its draft bonus pool or holding it hostage until Appel signs.

Appel has always wanted to be an Astro and he'll soon get his wish. Maybe Wednesday. Maybe Thursday. Sometime soon, Appel will be at Minute Maid Park wearing the navy blue and orange and we'll all be reminded again just how good this Astros front office can be.

More than the individual players or prospect on the horizon, that alone should make fans pretty happy.