Houston flips the former top prospect who was toiling at Triple-A for a pitcher assigned to short-season Tri-City.

We hardly knew ye, Fernando Martinez. After teasing the Mets for years with potential and lack of consistency, the outfielder was traded Tuesday to the New York Yankees for Charles Basford, a right-handed pitcher who will report to Tri-City.

Houston broke the news earlier this evening, with Brian McTaggart being the first to tweet out the news:

Astros get right-handed pitcher Charles Basford from Yanks in exchange OF Fernando Martinez. Basford will report to Rookie Level Tri-City.

Martinez hit .182/.229/.273 in 11 games and 35 plate appearances this season for the Astros with one home run and 12 strikeouts. F-Mart struggled through injuries early in the season and was designated for assignment at the same time Rick Ankiel was let go, when Houston overhauled its outfield situation for the first of many times this season.

After being sent to Oklahoma City, Martinez was hitting .219/.291/.371 in 29 games and 117 plate appearances before the trade. He showed flashes of power in his time with Houston, but was never able to make contact consistently enough to make it work. 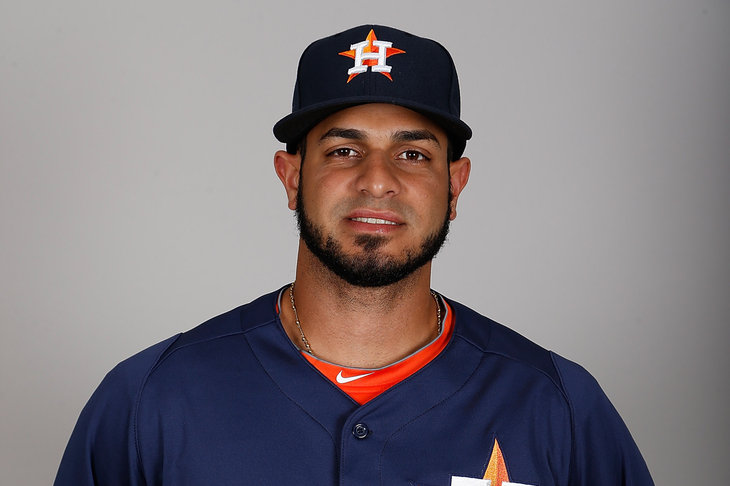 It's safe to say things didn't go as planned for F-Mart.

Basford, meanwhile, was a 37th round pick out of Samford University last season. He's repeating the New York/Penn League after pitching for Yankees' affiliate Staten Island last season. In 24 innings there last year, Basford had 22 strikeouts and eight walks with an insanely high .388 batting average on balls in play.

He was durable in college, throwing 194 innings in two seasons at Samford with good control (2.60 walks per 9) and not a ton of strikeouts (124 in two years). The question is how Houston will use him. Is Basford going to be just another minor league reliever, or will they try to make him a starter again? Will he be part of this more restrictive tandem starter rotation there?

What's more interesting is that Houston sold an asset in F-Mart for so little. That speaks volumes about both his involvement in the Biogenesis mess and his overall stock in the organization. He wasn't on the 40-man roster, so the team isn't freeing up space for an addition. Maybe they're clearing an outfield spot with the RedHawks for George Springer.

What do you think? Did the Astros get enough for the frustrating Martinez? Are you surprised they got anything at all for him?