On the Astros: Draft may end Luhnow's honeymoon but not his competence

Does "In Luhnow We Trust" still apply to any and all situations? It should, even if that heady glow of his hiring is fading from view.

Share All sharing options for: On the Astros: Draft may end Luhnow's honeymoon but not his competence

At what point do people get excited about a book? For some, it's when they see the cover. For others, it's in those heady few pages at the beginning when a character, a story or a world first get introducted. Still others are excited by the twist about two-thirds through the book that changes everything. And, of course, there are those who love the headlong rush at the end of a book to a thrilling conclusion.

If we're marking Jeff Luhnow's tenure as Astros GM in a future book called Moneyball 2: Electric Boogaloo, the 2013 draft wouldn't be any of those parts. It'd be the second or third chapters, well into the book and the story, but before anyone might truly feel their pulse racing at the action therein.

Many of Luhnow's moves this offseason didn't work, but he did show an ability to keep tinkering. That shift in strategy and philosophy also showed up in the draft.

That's the reaction from draftniks to Thursday and Friday's picks, at least those that followed the draft for our site. There was an overwhelming sense of disappointment that Houston consistently passed on players with higher ceilings from the high school level for college players with more refined and less exciting tools.

It was not a repeat of the 2012 draft, when Luhnow and company made Astros minor league fans giddy with their strategy that netted not only Carlos Correa, but also Lance McCullers, Rio Ruiz and Brett Phillips. The high-profile high school names just weren't there this year.

That general disappointment in the draft class (that was considered quite solid, if a bit safe), has echoed what has happened in Luhnow's second year on the job. There are no slam dunk trades like Mark Melancon for Lowrie and Weiland. There are no clear wins like flipping Q and Bourgeois for anything of value or for getting a big league third baseman for the husk of Carlos Lee.

Instead, the Astros are left with a bunch of pitchers on the disabled list and a sense that this year's acquisitions left something to be desired. After all, for every Chris Carter home run, he's struck out a dozen times, Brad Peacock is back in the minors and there's a revolving door at short that is sometimes filled by Ronny Cedeno.

Really? That was worth giving up on Lowrie?

Subber breaks down Day 2 of the draft 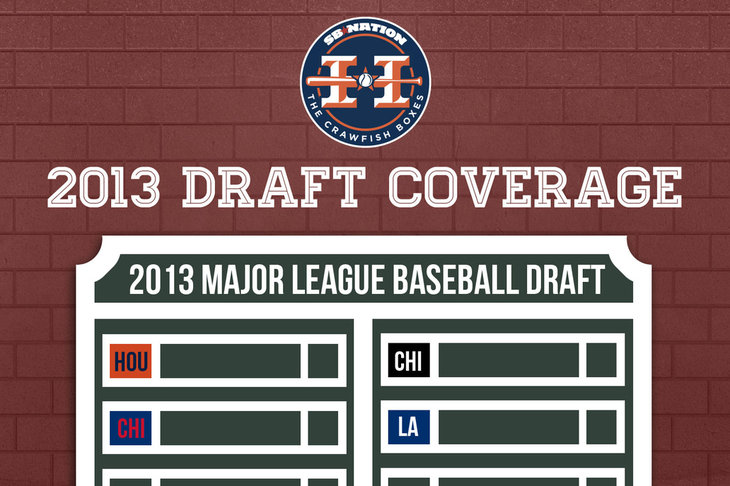 Some interesting thoughts about the lack of high upside guys this year and the proliferation of college talent at the top.

And yet, there has been no significant backlash against what the front office is doing. That's a good thing, because they're going about this in the right way. Yes, they cut payroll down to a bare minimum. Yes, they may have been able to spend some money in the offseason to marginally improve this team.

But, the real future of a contending Astros team is two years away.

Luhnow knows that and all his moves have been about being competitive then and now. He thought this team could be more competitive much quicker than it initially appeared. Even after a rough week offensively, that still appears to be the case. Houston is not the worst team in the majors and is barely the second-worst, with the Mets, Brewers and Cubs all nipping at their heels.

Many of Luhnow's moves this offseason didn't work, but he did show an ability to keep tinkering. He liked Brett Wallace at first, but as soon as that experiment showed signs of failing, he cut the cord. He didn't string it out. Ditto the rotation status of guys like Philip Humber and Erik Bedard (who regained a spot and has pitched halfway decently in his return).

That shift in strategy and philosophy also showed up in the draft. Houston didn't try to save money at the top of this class and redistribute it to some hard-to-sign guys who dropped. Instead, the Astros took the best available player at the top and then took a bunch of guys who they really liked, who blended tools with baseball skills in intriguing ways.

There is no one way of running this team. There are no mandates to never swing at 3-2 pitches. Steals are not outlawed. This is a malleable thing that keeps improving and changing over time.

This is Step 5 in a 20-page plan. It's not the exciting part of the narrative, but that doesn't mean it's any less compelling of a story.

That's why it's so reassuring that no one has called for Jeff Luhnow's head yet. His honeymoon period may be over, as people criticize trades here or there and call into question his draft class in some ways. But, there's still a trust there.