Asher Wojcie how's he so good?

Asher Wojciechowski took the mound for his first start since his recent promotion to Oklahoma City, and the first batter he faced was Scooter Gennett, a MiLB.com Organizational All-Star for the last two seasons and a participant in last year's Futures Game. It took just four pitches for Wojo to strike Gennett out... and dare I say that the third pitch, called a ball, was questionable. 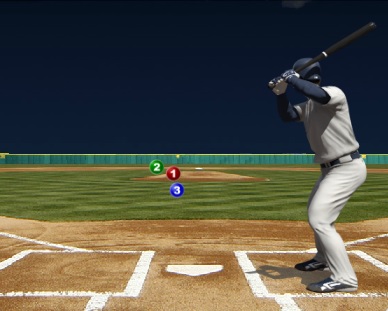 Yesterday was Jonathan Villar's 22nd birthday, and he celebrated it in style, going 4-for-4 with a home run, two doubles, three runs scored, five RBI, and a stolen base. I don't know what you did for your 22nd birthday. I vaguely remember ending mine somewhere on Water Street in Kent, Ohio, on my hands and knees, begging my friends to never let me touch alcohol again. Not Jonathan Villar. Can't wait to see what he has planned for his 23rd.

Max Stassi wasted no time getting his name in the papers. After joining Corpus Christi after finishing rehab on an injury, Stassi - part of the Jed Lowrie trade with Oakland - put the third pitch he saw out of the park.

As the Crowe Flies

Trevor Crowe went 0-for-5 at the plate yesterday, but since he moved into the leadoff spot, the RedHawks are 7-0.

With J.D. Martinez at the plate in the bottom of the 1st inning, Austin Wates stole home on a double steal, with George Springer swiping second base. Stealing home seems to be becoming a trend in the Houston organization, as Villar accomplished the feat on Tuesday.

I've decided to run with the term "Goldsteinian fedora" as the opposite of a golden sombrero. For those who don't know, Kevin Goldstein is the Astros' director of pro scouting, and he's well-known as a curator of fine haberdashery. I created the term after Ryan Dineen walked four times in Tuesday's game. Well, guess what? He did it again. Dineen has now walked 8 times in his last two games, which may or may not be a record, but it's damn impressive either way.

Of Lancaster's nine California League opponents, four have been deemed "commuter" opponents, meaning that the Jethawks do not overnight on game days. They take the bus between the game site and Lancaster (all except Nolan Fontana. He walks.)

Now, on a map, Lancaster and San Bernardino may not look that far apart - 75 miles down I-15 - but believe me: It is the longest, most boring 75 miles imaginable. On a good day, it will take an hour and a half. When there's traffic - and there's usually traffic - it can take upwards of two to two and a half hours. After a full day of practice and a game, that's an eternity before you're back in your bed. So how do you pass that time? Apparently like this, if you're the Jethawks pitching staff: 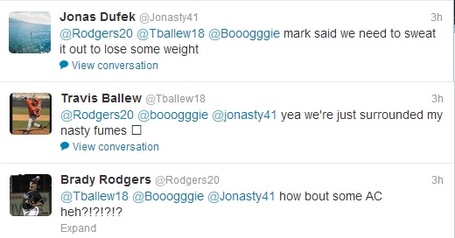 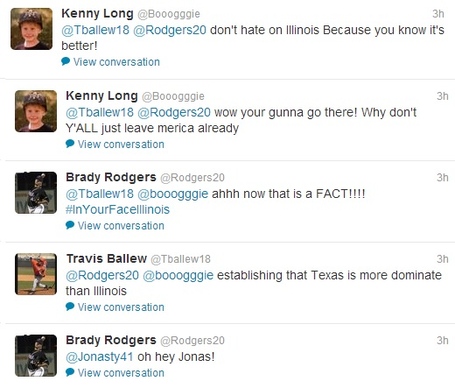 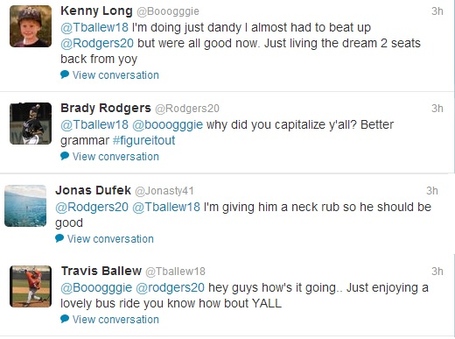 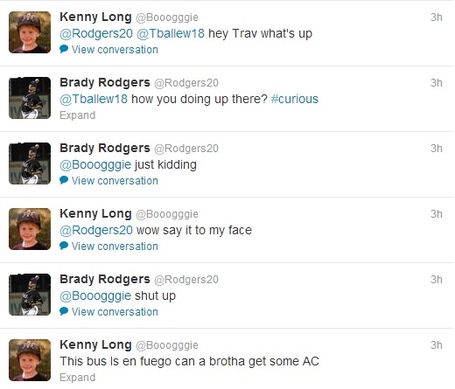 This continues for a while and eventually devolves into pictures of one another sleeping. Anyone who doesn't love minor league baseball is insane.

Oklahoma City RedHawks (AAA) - Oklahoma City's had a very good eight-game homestand: After losing the first game, they won three in a row against New Orleans, and polished it off by sweeping the Nashville Sounds (MIL) in a four-game set, winning yesterday's game 9-1. Their 7-game winning streak is second in the PCL only to Tacoma (SEA), who won their 9th-straight yesterday. Asher Wojciechowski pitched three scoreless innings, but gave up a run in the top of the 4th and was pulled before the 5th. Jimmy Paredes continued to rake, going 3-for-4 at the plate with a triple, and Marc Krauss drew three walks - just one away from the Goldsteinian Fedora.

Corpus Christi Hooks (AA) - David Martinez was particularly brilliant in the start, pitching five scoreless innings to lower his ERA for the season to 0.98. Martinez has not allowed an earned run since April 15th - this is his
4th straight scoreless outing. He was followed by Jorge de Leon, who threw the last four innings, allowing just one run, to earn his first save of the season as the Hooks downed the Midland RockHounds (OAK) 6-1.
Lancaster Jethawks (A+) - Brady Rodgers faced sixteen batters. The first, Joel Capote, hit a single off of him; then advanced to second on a passed ball. He then scored on a weakly-hit groundball by Alberto Callaspo. The next fourteen batters Rodgers faced? He walked one of them, struck two of them out, and got the remaining 11 out on ground balls. The result: Lancaster wins 5-4 over the Inland Empire 66ers (LAA).
Quad Cities River Bandits (A) - Down 3-1 after the first inning, the River Bandits fought back with a 3-run 7th inning to tie this one at 4-4, but Colton Cain allowed 2 runs in the bottom of the 8th and Quad Cities fell, 6-4, to the South Bend Silver Hawks (ARI).