A look at Chris Carter and his aggressiveness at the plate.

Share All sharing options for: Astros GIF Recap: Does Chris Carter Need To Be More Aggressive?

Chris Carter came to the plate for his first at bat with the bases loaded and Boston Red Sox pitcher Felix Doubront struggling to find the strike-zone . During the at bat Geoff Blum and Alan Ashby pointed out a couple things. First, that Chris Carter leads the league in pitches per plate appearances with 4.52. Second, the Astros have not hit well with runners in scoring position (.218/.279/.368).

Carter twice worked himself into a hitters count and here's what happened:

Full at bat from Gameday 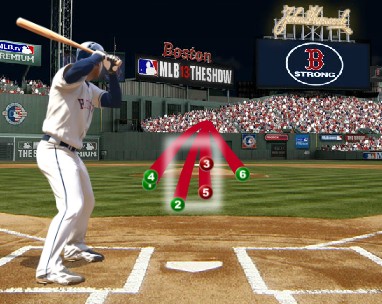 Blummer made the point that Carter should have been swinging at the 2-0 and then 3-1 fastball in the zone. The at bat resulted in a bases loaded walk that drove in the Astros first run but I have to agree with Blum here. While Carter did get a walk and a run for the Astros I would much rather see him do this:

with the bases loaded.

The next batter, Ronny Cedeno, got the Astros second run home with a sac fly to centerfield. Carlos Corporan walked, Matt Dominguez popped out to short, Marwin Gonzalez struck out swinging and the Astros continued to struggle hitting with runners in scoring position.

Update: It's worth noting that Carter did swing in his next at bat but only after being down 0-1. Both times he swung he missed so there's no guarantee he hits the two pitches in his first at bat. 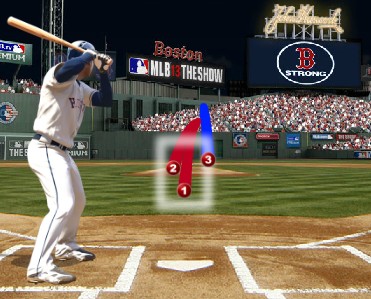