Astros Baseball, Beer and Crawfish - The ABCs Of Beer For The 2013 Astros Season

What beer goes best with crawfish and Astros baseball? I'll tell you!

Share All sharing options for: Astros Baseball, Beer and Crawfish - The ABCs Of Beer For The 2013 Astros Season

Hello Astros fans! I've been invited to be a contributor for the Crawfish Boxes, and I couldn't be more excited! But what can I write about that would add value to your Houston Astros fan experience on this site? My "expertise" isn't so much on sabermetrics or scouting or in-depth statistical analysis, and thank goodness they don't want me to focus on that. Instead, I'll try to entertain and educate the Crawfish Boxes readers with my passion for craft beer!

As an introductory post I'd like to suggest some beers that could be the "Official Beer of the Crawfish Boxes". If you're in the Gulf Coast area you know that crawfish season pretty much goes hand in hand with Spring Training and the beginning of the MLB season. So what beers go best with a Spring Training day game and a crawfish boil ? 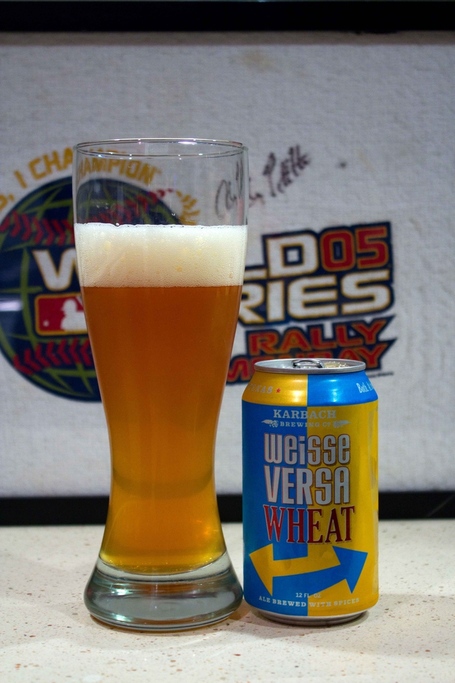 3) I like a nice, refreshing hefeweizen when the weather starts heating up so number 3 on my list is Karbach Brewing Weisse Versa. It's locally brewed in Houston, TX and is available in cans or on draft. Cans are always a plus, because they can go places that sometimes bottles aren't allowed. Don't be afraid of canned craft beer! The Weisse Versa has flavors of coriander and citrus peel, and should go down smooth after a bunch of spicy mudbugs. 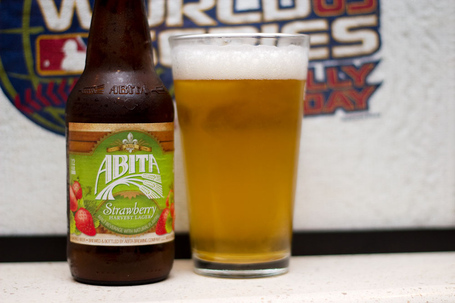 2) The next beer I'd suggest comes to us from Abita Springs, LA. If you think they don't know a thing or two about crawfish, you are crazy. It just so happens that one of their most popular seasonal beers is released during crawfish season. It's called Abita Strawberry Lager. Now I already know what you are thinking . . . strawberry beer? Trust me on this one. The strawberry flavor is barely strong enough to be noticeable, but it adds a crisp sweetness to the lager that pairs incredibly well with all sorts of food; However, I think it tastes the best when the Gulf Coast temperature starts rising and the crawfish start boiling. 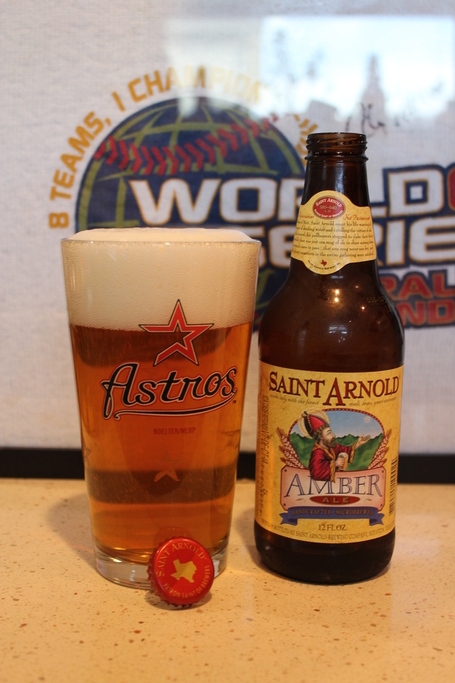 1) It is a popular notion that spicy foods go well with hoppy beers. Well Houston's own Saint Arnold Brewing Co. makes a hoppy Amber Ale that I think pairs perfectly with Astros baseball and crawfish. It's pretty hoppy for an amber style, but don't let that scare you away. It's well-balanced and "light" enough that you can consume as many as you need to wash down those delicious crawfish. It doesn't hurt that the brewery is two miles away from Minute Maid Park!

Well there you have it, my three suggestions for beers to drink while eating some tasty mudbugs, watching Astros Spring Training baseball, and most importantly, while reading the best Astros blog, the Crawfish Boxes!

*you can find more from me on Twitter @astrosguy and on my site baseballbeerseason.com