It's all the rage, so here are some bargain deals for the Astros on this Cyber Monday. How can Houston make its team better and still save?

Share All sharing options for: Astros Cyber Monday shopping: Bargains in the outfield, bullpen for Houston

It's Cyber Monday, which you should know because you've received approximately 1,567,342 emails from companies promoting their online sales in the past week. That's right, Cyber Monday is all about online sites selling stuff before the holidays.

We do have shirts for sale here at TCB and they do have a Cyber Monday discount. We like to think you can show off your street cred with a TCB logo shirt. Your office-mates will totally be jealous.

You too can save money and snag some sweet TCB gear. Just use offer code SBNCYBER15 for 15 percent off.

However, what we're talking about here are deals for the Astros. We know Houston has said it will open up the piggy bank this winter and acquire some actual, real, live MLB baseball players. We know, we're skeptical too. But, in keeping with the theme of the day, let's explore some ways where Houston could add money to this roster yet still be frugal with how they spend it.

If you know anything about this front office, you'll know this is something Jeff Luhnow cannot pass up. Spending smartly is printed on a sign over his office door (probably), listed on his business cards under his name (most likely) and tattooed on his left bicep (untrue).

So, here they are. Happy spending, Astros. Enjoy the Cyber Monday savings.

You want to make an impact buy? You want name-brand merchandise at a rock-bottom price? Look no further than this deal right here.

This is like an Amazon Gold Box deal, high-quality, well-reviewed stuff that just doesn't have many takers. Sure, it's not the hottest kids toy on the market, but it comes at a steep discount and you'll get quality for it. You might have to pay a little more to get it, but who can turn down an HDTV for $500, right? Especially one with that high of a refresh rate?

Well, for Houston, that package is a platoon in right field of Nate McLouth and Franklin Gutierrez. Neither guy will come cheap, but put together in a lefty/righty platoon, they could be pretty good. For instance, McLouth hit .272/.342/.411 last season against right-handed pitchers in 463 plate appearances. His strikeout rate was just 13 percent and he had a 9 percent walk rate. That adds up to a 107 wRC+.

Add in Franklin Gutierrez, who has hit .287/.344/.474 in his career against left-handed pitching with 30 home runs, and you have a nice little platoon.

What? You say you're worried both about the price and the injury risk? Well, let's tackle that in two ways. First, the price is going to be high. McLouth earned $2 million on a one-year deal last season with the Orioles. You figure to come to Houston, he'll need a little more incentive than that, so let's bump him up to $5 million on a one-year deal. For Gutierrez, injuries have sapped his value, but don't you think he signs in Houston for $2.5 million? That way, you get a very decent right field platoon for just $7.5 million despite being worth more like $10-$15 million in WAR value.

Oh, but you're worried about the two getting hurt, right? Well, that's the beauty of a platoon. With the oft-injured Gutierrez, you're only expecting him to get 200 plate appearances anyway. Let him platoon and then use him as a defensive replacement when needed. Same goes for McLouth. You're not counting on him for more than 450 plate appearances, which is still only a mark he's hit once in the past three seasons.

Still, if the Astros miss out on big ticket free agents, this won't be a bad fallback position, right? You get big names and big production without breaking the bank. 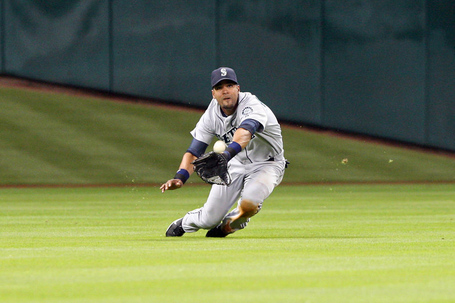 Okay, so you miss out on the big Gold Box deal. That's understandable. Maybe you didn't want to spend that much money, right? Maybe you just want to get a good gift without spending a fortune for it.

If so, you're going to take these lesser deals. You're looking for the tablet that's not quite a Kindle Fire, but may do the same things anyway. Huru is the same as Hulu, right? Netbox probably has the same shows as Netflix, too. Ignore that weird file format any music or video has to be in. You can work around that later.

If teams are going dumpster diving for platoons, they want to hit on the Brandon Mosses of the world. They want a player who's had some success in the majors but who has never been utilized properly. You're not looking for a career minor leaguer who might have a big season in them if only used against lefties (sorry, Brock Peterson).

No, these are deals that will absolutely not get anyone fired up in February, but which could look pretty good in June. For this deal, we're going to pick up a couple of Red Sox-adjacent players.

The righty-hitting side of this platoon is Quintin Berry, who is a free agent after being removed from the Red Sox 40-man roster recently. He did play in the World Series, so he'll get a shiny ring for that. What makes Berry intriguing is that he hit .277/.357/.372 for a .729 OPS and a 103 wRC+ against right-handers last season. His strikeout rate is high, but he gets on base at a good clip and plays decent defense.

Pair him with another former Red Sock in Darnell McDonald, who most recently was with the Cubs. In his career, McDonald has hit .285/.353/.453 against lefties with a wRC+ of 118. He also plays slightly above average defense and makes a good pair with Berry in right field. Together, they'd provide about a 105 wRC+ with average defense, or the equivalent of Norichika Aoki or Alex Rios in right field for much less money than either of them.

The only problem is that if Houston went this route, it has a chance to be just as productive as if they signed Shin-Soo Choo, but the Astros would absolutely get raked over the coals for not spending more money. 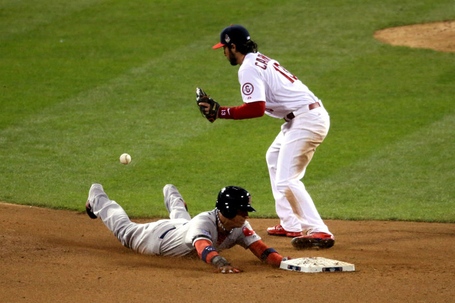 Now, this one is where things get weird. You stumble upon this deal on the fifth page of a Google search and the site itself looks like it was made in Angelfire back in 1998 and never updated. It's got the bad kind of animated gifs as the wallpaper and you're not sure whether its even got an order-placing system.

If you buy something from this site, you'll be holding your breath until you get a tracking number. Even then, you won't be sure until the package finally shows up at your door and you can confirm that you actually got those socks that were super cute and only 50 cents.

That's what Brad Nelson is. He's a big, powerful platoon bat for first base or DH who's got his platoon reputation mainly from the minor leagues. He's never really gotten a shot in the majors and when he did, he failed. He's limited defensively and doesn't provide much upside.

But, if he does hit, you've got the steal of your fuzzy-socked dreams. Nelson may be old, but he hit .316/.382/.557 against lefties last season in Triple-A for the Cubs. That included a whopping 19 home runs in 364 plate appearances.

Imagine adding a guy who could hit 10 bombs on the bench in about 150 PAs? That's a guy worth a bench spot, right? Heck, you could platoon him with Chris Carter and Robbie Grossman in a left field/first base/DH thing in some form, right? Just set him up against lefties and watch him rake.

Of course, since he's got no major league track record, there's a big, big chance he doesn't hit at all and then you look foolish. Like that time you ordered socks and got a bag of kittens instead.

So, buy Brad Nelson and hope for the upside at a minimal cost, but beware. He could end up living in your garage for the next five years. 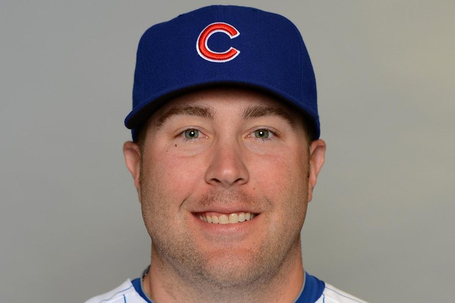 Digging in the Bullpen Bin

I have no problem with reillocity's idea (posted here), which advocates signing Jose Veras, Boone Logan and fixing the pen that way. I've also advocated for Logan in the past and think a guy like Jose Mijares might help too.

What we're doing here is different, though. We're looking for the super bargains, right? The deals of the century that make you glad you waited until today to shop instead of braving the fistfights and shantytown living of Black Friday.

Here are three names you've uncovered in that bargain bin of a website that could help you out. The first is Eric O'Flaherty. Remember him? He's that pitcher who was the third- or fourth-best guy in the Braves pen a few years ago. He's gone through some injuries, but was really, really good two years ago. Give him a $4 million deal and let him close, you won't be disappointed. He doesn't walk guys and has had decent strikeout rates in the past. He's used to high-leverage situations and can absolutely perform at a bargain rate.

Another guy who might fit this bill is Chad Cordero. After closing for the Nationals for a while, Cordero went into a tailspin. He spent the entire 2013 season in Triple-A for the Dodgers, but his numbers there weren't half bad. He got back to his low walk rates of his previous time in the majors and while his strikeout rate was down, it was still feasibly good. He can be had for a song and could make a nice bullpen piece in spring training to see if he hits and/or is fully healthy.

Lastly, we come to Daniel Schlereth, the former top prospect who has fallen on hard times. The basic argument with Schlereth is the Jose Veras Principle. If you have a pitcher with a high K rate and a high walk rate, make him a closer and the walks won't matter. It's not that simple, but as clack pointed out last year with the Veras signing, high walk rates with relievers matter less than with starters. Schlereth could absolutely be a steal as a reliever in this market and should be signed for not much money at all. 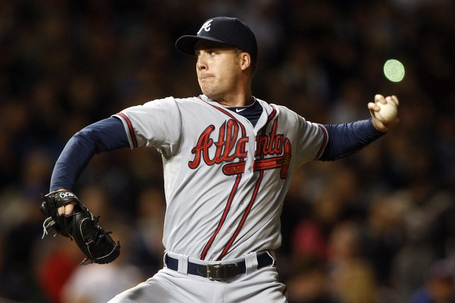