Hall of Fame ballots: Biggio, Bagwell and why it doesn't matter

Share All sharing options for: Hall of Fame ballots: Biggio, Bagwell and why it doesn't matter

Your outrage? It doesn't matter.

Your thoughtful argument filled with data and numbers? It doesn't matter.

But all that misses the point.

We've been guilty of it here. The past three years, we've written passionate defenses of both Jeff Bagwell and Craig Biggio. We've railed at the idiocy of not putting two great players in a museum for baseball's history. We can't believe that anyone can't see that truth. We've attacked guys like Jeff Pearlman for their stubborn insistence on moralizing and declaring Bagwell a cheater, even if no evidence exists other than his physique.

Why don't those arguments matter?

Well, think about what you gain out of an argument with someone. Have you ever changed someone's mind with your passionate case for something? How many of you silver-tongued Daniel Webster's are there in the TCB community? I'm sure some of you can accomplish this, but for the most part, arguing isn't about changing the mind of who you're engaging in. 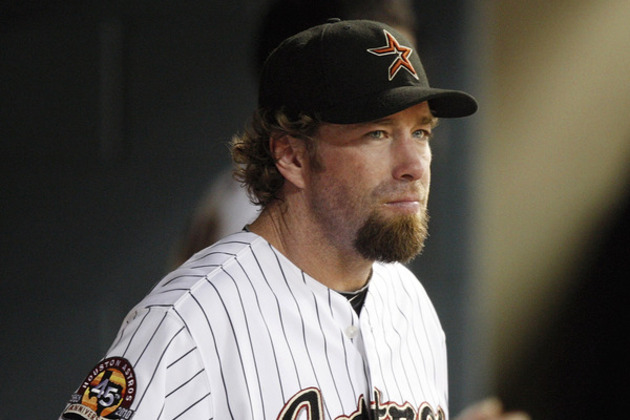 Brisbee being brilliant, as is his wont.

It's about changing your audience's mind. Think about Lincoln-Douglas debating. The goal isn't to convince your opponent, it's to convince the judge. Go back to those original debates that gave the contest its name. Abe Lincoln and Stephen Douglas weren't trying to convince each other. They were trying to win over voters.

That's why arguing with voters directly about why they snubbed Biggio and Bagwell doesn't matter. They get defensive and don't listen. They fight back or ignore you. No point you make can sway them, especially when you hit something close to moral bedrock like cheating/PEDs.

In other words, arguing on TCB that Biggio and Bagwell deserve to be in the Hall of Fame is preaching to the choir. You are not the people that need convincing. Heck, even articles in the Chronicle or releases from the team using stats, anecdotes or historical comparisons to say that these guys are Hall of Famers don't matter. Most everyone who cares about baseball in Houston knows those guys were that good. Most baseball writers on the Astros press list know the same thing, or have already decided to ignore players based on preconceived notions about the era in which they played.

Think about the struggle it took to get Bert Blyleven elected. It involved a sea change of how the baseball community feels about stats. It involved years and years of gradual arguments and education to make the 700-odd HOF voters adopt new views on Blyleven.

That won't happen with PEDs. There is a substantial block of voters who just won't be moved, no matter how the position is portrayed, no matter how many times it's pointed out how hypocritical it is to judge some by one standard and then to vote Greg Maddux in on the first ballot.

Greg Maddux deserves to be in the Hall of Fame. But, if all players from the Steroid Era are painted with the same brush, why does he get a pass?

See how easy it is to fall into those logical traps? I know how you'll answer that question before this article goes live. You're not the ones who need convincing, though.

Deadspin's idea to buy a vote has a very good chance of blowing up the whole process.

No, your arguments, your blog posts, your tweets, even your comments won't change this Hall of Fame vote. It probably won't change next year's either.

But, Deadspin's idea to buy a vote has a very good chance of blowing up the whole process.

The Football Hall of Fame has a select member of voters (around 50, I believe) who decide each year on the inductees. Basketball also has a small committee to decide, but baseball has this open-sourced group of voters from around the country. It's easier to change the minds of 50 people on issues than it is to change 700, which is why it's easier for changing views of player greatness can be expressed in each of those Halls.

But, it goes deeper than that. Baseball is a hard game to cover with any breadth. Basketball has opened itself up to internet writers like Bill Simmons and Zack Lowe can watch most of the NBA's relevant players each week with League Pass and DVR. Same for football, where a national writer can see most of the great players in a given season pretty easily and completely.

It's really, really hard to do that with baseball.

Yet, we expect writers from around the country to decide awards and on the Hall of Fame regularly, like they're the most qualified to do so. They may very well be, but a beat writer for the Cardinals or Mariners may see the Pirates, what 10-15 times a year, at most? How can they vote on Andrew McCutcheon's MVP candidacy or on Tim Raines' Hall of Fame candidacy with any breadth? 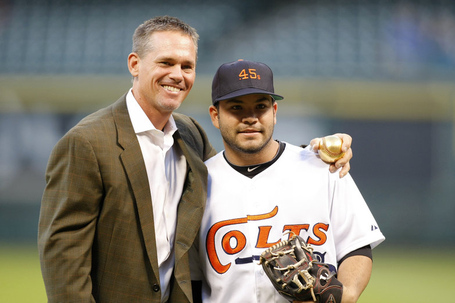 Oh, right. Stats. The things that gets reviled constantly by old-school types. But, if we have to rely on statistics for awards, why should the beat writers be the most qualified? Shouldn't the FanGraphs or Baseball Prospectus set be more qualified to vote?

Yeah, that's not going to happen, but you get my point. It's a hard question. What Deadspin is doing will hopefully force those in charge to ask some hard questions about the process. Maybe it comes from the Hall of Fame itself. Maybe this vote will force them to confront the BBWAA on its practices.

Whatever change happens, I'm probably get left out, too. And I'm okay with that. As much as I follow the Astros and as much as the opportunity to vote on national awards fascinates me, who am I to be deciding such things? I'll go to 30-40 Astros games next year, maybe watch more depending on the TV mess and possibly catch a Game of the Week from time to time from other teams.

I don't matter, though.

Fixing the process is all that matters.

Any system that leaves out Roger Clemens, Barry Bonds, Jeff Bagwell and Craig Biggio is broken. It needs fixing or the BBWAA and the Hall of Fame itself won't matter, either.