Talking about all Moylan, all the time...

Some things to talk about while I obsess about a minor Astros signing for the entirety of this post...

No, really, we're rocking this Moylan thing for an entire Three Things today. I even debated changing the name to Three Moylan Things, but thought better of it. Still, you're about to get as much as you ever wanted on Specks Moylan.

First of all, Moylan is a guy who I liked back when he was cut by the Dodgers in the first place. He didn't pitch much in the past three seasons, but was fully recovered from shoulder surgery 2011 and totaled over 60 innings for the first time since 2010.

As Tim noted in the story on his signing, Moylan's peripherals were solid last season, despite some horrendous numbers. His strikeout and walk rates were bad, but that's sort of a product of his small sample size in the majors. If you look at his Triple-A numbers, they are much more in line with his career in Atlanta.

Oh, you don't believe me? Well, let's forget about the strikeout numbers and worry about his batted ball data. You are no doubt concerned about the 28 percent line drive rate he had with the Dodgers, right? And the precipitous drop in his ground ball rate, right?

Well, thanks to MLB Farm, we can get an idea of his batted ball data in the minors. Specifically, we can see that Moylan generated 45 percent ground balls and only 18 percent line drives at Triple-A, plus he had a 9 percent popup rate, meaning his sinker still had plenty of movement on it.

His velocities in the majors last season were also right in line with his Atlanta days, when he was a very effective reliever. Put all this together and I see a guy who could be a very good late-inning option for Houston who the signed for a song. Not a bad first addition, huh? 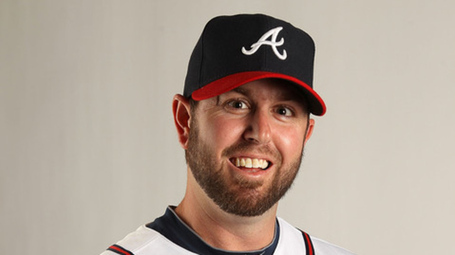 Onto another aspect of the Moylan signing: fixing the Astros bullpen. See, it was really bad in 2013. You know this, I know this, the Astros damn sure know this. The thing is, fixing a bullpen is less about signing a bunch of expensive guys than hitting on a few unlucky souls who can bounce back. Unless you're team is in a cavernous ballpark on the West Coast, it's hard to have a steady stream of reliable performing relievers.

There's too much volatility there, in other words. So, smart teams hedge their bets. They crunch the numbers, they review the scouting reports and identify relievers who still have good stuff but lacked the performance last season to back it up.

Thus, they're in line for a low-level deal with big upside. Collect enough of these arms and you get what happened in Tampa Bay a few years ago. Of course, Houston is in a more precarious position than Tampa Bay was. They cannot argue that the team is a World Series contender, if only these guys will sign for cheap to help the bullpen.

Houston will struggle to find the best scrap heap guys, but if they get enough Peter Moylan's early, the bullpen may just get fixed for 2014. 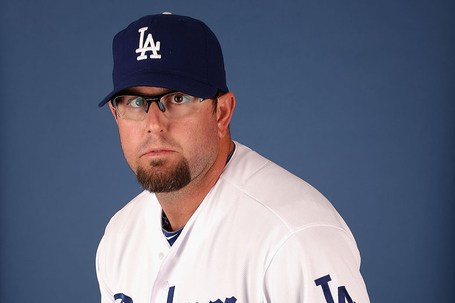 Finally, let's dive into some talk about the Astros front office and how they do business at this time of year. We're fortunate here at TCB to have Mike Fast drop by every now and then and offer his perspective on the FO. On Friday, he did this in the comments on the Moylan signing and his points are worth revisiting here:

We have never conducted our business in the rumor mills.
We're not going to talk publicly or even behind the scenes to the media about which free agents we are pursuing.

It has made for a slow start for the Astros' hot stove season, I guess, but what can you do?

PR in the media matters less for getting free agents to come than having trustworthy relationships with their agents.

I also don't know what good it does to start dangling specific names when we can't guarantee they will come until we sign them. If they are going to sign, we'll get PR when they do. If they choose to sign elsewhere, we've only brought bad PR on ourselves by dangling the carrot in front of fans.

Not until after the deal was done.
By the point the rumors started appearing in the media, the bidding was already over, even though it took a few days for Chicago to make the formal announcement.

Although it is true that there are always two parties to negotiations, and the other party can choose to talk if they think it is in their interests.

The first quote from Fast was addressing the fact that the team isn't "linked" to any significant free agents. The second is about the PR value of being linked publicly to free agents and the third was about the team leaking information on how much they bid for Jose Abreu.

What Mike is attempting to say here is critical to how the front office negotiates and handles this time of the year. It's also how they handle the draft and any number of other aspects of the baseball calendar. We know this. It's not news. But, it is important to remember as we sit here in the tail end of November.

For those of you who want the Astros to be linked to other free agents and are convinced the payroll will not increase at all in 2014: have you seen what the Twins did this offseason? They're linked to free agents left and right. They've been linked to Bronson Arroyo and multiple other big ticket free agents. Have they signed any of them yet? Nope. Have they done anything to improve the team over a disastrous run in the past few seasons? Nope.

They're building from within, just like the Astros. A few news stories linking them to players doesn't change the fact that they lost franchise first baseman Justin Morneau for money (and declining performance) and still have not won games.

There is value to what Fast and the Astros are doing. They're conducting business, just not through the media. It makes it tough for us here, when we'd ruminate on any little rumor we can find. But, it does not mean the team is standing pat.

Peter Moylan may not be the best argument for that. He's also not going to be the only addition this winter. But, taking all three of these points into consideration, Moylan is an excellent place to start.