I know, I know, everyone else has weighed in. Why me? I don't have a good answer for that.

Share All sharing options for: Quick thoughts on the Prince Fielder-Ian Kinsler trade

As you sit there, sipping your late morning coffee, the last thing you probably thought you needed to read was a take on the blockbuster deal from last night from an Astros blogger. Why in the world is this yahoo talking about something that barely, tangentially touches the team? Why on earth should you, a clever, articulate Astros fan, care about this trade more than as a way to make a cheap fat joke about Prince Fielder?

One, there's no good reason why I should be talking about this.

Two, there are plenty of ramifications that are fascinating about this trade that could impact the baseball world, including Houston. 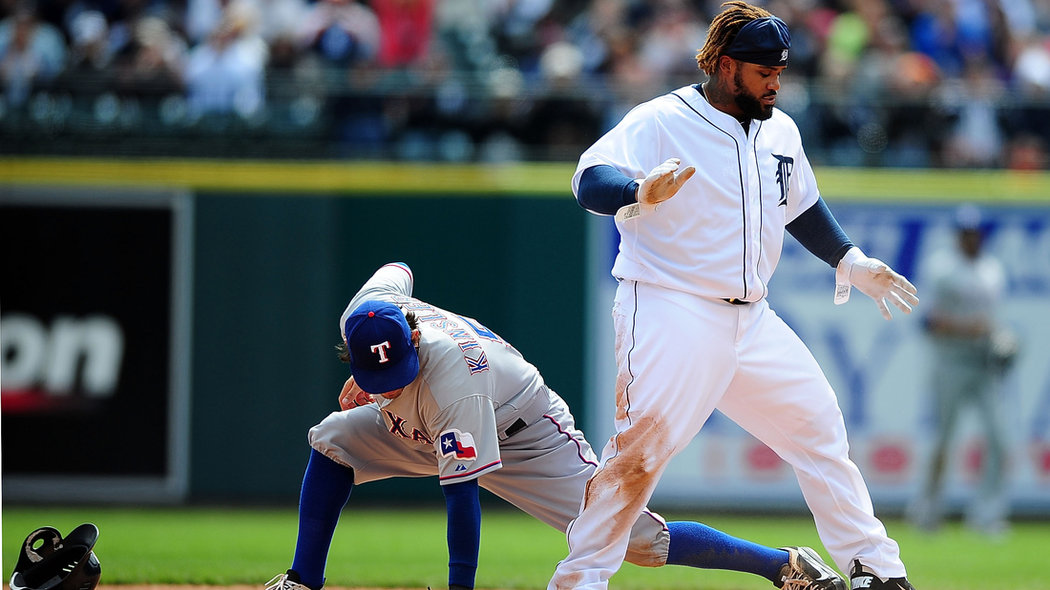 SB Nation's MLB page has you covered for all the blockbuster trade coverage you could ever want.

Three, this is absolutely relevant to the CSN Houston negotiations.

Let's hit as many of those topics as we can. First up, a trade of this magnitude is pretty stunning. Keith Law (one of those more qualified than me to be analyzing this thing) called it a "challenge trade" and it totally is. Both teams took underperforming, overpaid players and swapped them for each other, straight up. Remember those fake trades we kept throwing out on Twitter last week? They were ridiculous not for the content, but also because 1-for-1 deals like this just don't happen.

And yet, it did. Think about what that means for player value. Apparently, the Rangers shopped Ian Kinsler around for a while but couldn't find any deals for him. What that means is they could't find any prospects for him. So, they had to settle for a high-priced position player.

Enter the Tigers, who were looking to clear payroll so they could pay Max Scherzer. Remember a few years ago when the Tigers were spending money like drunken...stevedores? Detroit was spending big on the draft, on free agency and on extensions for players. It seemed like the money train would never end. Until it did, when they realized two years into Prince Fielder's massive contract that they needed to get rid of it for a second baseman who's on the decline as a hitter.

It's not surprising that the Rangers wanted to move Kinsler. They've been hinting at it for a while. But, who knew the Tigers would move Fielder?

It's also a pretty significant move by the Rangers monetarily. There's been a ton of talk about how much money Texas is getting from its deal with Fox Sports for its broadcast rights. That deal will fund their payroll almost by itself, and is the reason why the Rangers only needed to get $30 million back from the Tigers in the deal. That means the Rangers are on the hook for $20 million a year to a player who only totaled two wins above replacement last season.

Sure, Fielder could rebound and hit better in Arlington. But right now, he's only been worth five wins in the past two seasons, yet the Rangers didn't blink about agreeing to pay him scads of money for the next seven years.

If you want proof why Jim Crane is pushing for a better rights deal for CSN Houston, look no further than right there. could the Astros afford to make a deal like that? Heck no. The TCB staff kicked around the idea of Houston trading for Matt Kemp or Andre Ethier, but with the kinds of revenues Houston is getting right now, those are silly moves.

The Rangers just showed that baseball is still entrenched in the have's and have-not's economically, except its not just market size that dictates placement there any more. It's all about media rights and television revenue. That's why the Angels keep spending, it's why the Yankees have a near-unlimited payroll and its why the Rangers spend like drunken...frat bros?

I'll have some more thoughts on the CSN Houston deal in a Three Things later today, but for now, know that the Fielder/Kinsler deal is significant for more than just the games he'll play against Houston now that he's an inter-division foe.