Astros offseason: Not all Super 2 decisions made the same

Three factors that play into Super 2 decisions for any player, not just George the Great.

Share All sharing options for: Astros offseason: Not all Super 2 decisions made the same

Today is sort of an unofficial Super 2 discussion day. Sandwiched around our latest MLB Rotation article, we've got our question of the week dealing with Super 2 status and George Springer and this piece.

It's also appropriate today as we've hit the deadline for Rule 5 eligible players to be added to the 40-man roster. Most of us have speculated Springer and some other non-Rule 5 guys may not be added because the Astros sorely need the space.

Question of the Week: Super 2s 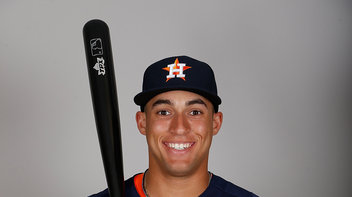 Go debate George Springer's Super 2 status in our Question of the Week post.

Since we have two very good arguments on Springer already today, I won't rehash those now. Instead, let's focus on a trio of reasons that may play into a service time decision.

First up is age. Simply put, the older a player is, the less service time matters. That's because a player's peak years will remain under team control no matter what. For a young player, just reaching 20 or 21, that's not the case.

For them, those peak years fall right into free agency, meaning a team will have to pay a premium for peak production. With a 24- or 25-year-old, they'll reach the end of arbitration after they turn 30, which lessens their future production.

Another factor is position. Starting pitchers only impact 30 games a year. The difference between starting a starter in the minors until June is seven, maybe eight starts, leaving him over 20 to make his presence felt.

The last reason is one that popped up this week. Bryce Harper signed a major league contract with the Nationals out of the draft, but a provisioning that might void his contract and send him to Super 2 arbitration.

In the MLBTR piece, it mentions that Harper's agent Scott Boras tries to get his players in arbitration and stay there to maximize earnings. So, might a player's agent and willingness to sign an extension play into the decision?

For instance, if we take Springer, Carlos Correa and Mark Appel and assume all three are equally ready for the majors, doesn't it make sense that Appel is the last one called up, delaying his arb clock as much as possible?

It's yet another piece of gamesmanship for the front office. Which means it will be fun watching Jeff Luhnow and Co. make these decisions in the coming years.