Some less rant-y thoughts on the BBWAA and award voting

No, I'm not going to yell. I'm going to talk about righting some wrongs.

Share All sharing options for: Some less rant-y thoughts on the BBWAA and award voting

This may be shocking, but I have some thoughts on the MVP voting. And the Cy Young, Rookie of the Year and Manager of the Year awards, too. I'm not sure how productive it'd be to air them out here, as I'd be preaching to the choir. If you've found our little neck of the woods, you are most likely going to agree with us that RBIs are a terrible way to judge a player's value. So, getting your acceptance is just confirmation bias. 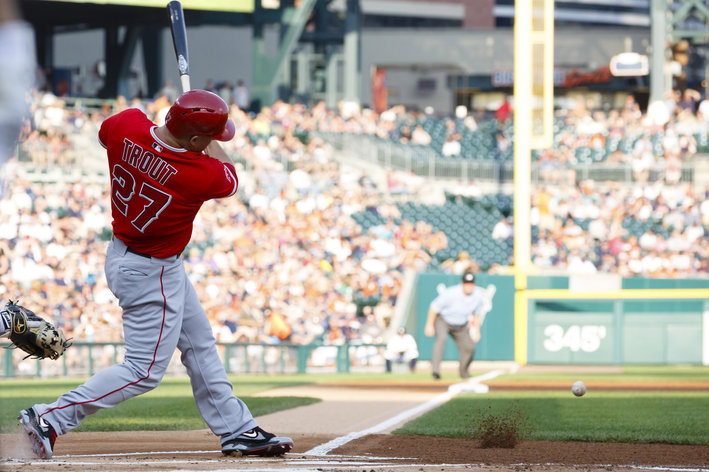 He got the invitation to the outrage party back in July or August. He thought about it for several seconds before going for the Crate & Barrel catalog, and he never went back.

What does that mean? Basically, that I have a library card which allows me to get into whatever game I want. Sort of, in theory. I also got to vote in the Houston chapter's awards, which I did and explained here. That was the sum total of my experience in the BBWAA and I'm not sure being in the organization changed me at all. I worked to get in and then just...coasted this past season.

There's a reason for that. It has everything to do with being my first year there, feeling like I slightly didn't belong and not wanting to get over my head.

Back in high school, I was in a math honor society. Yes, yes, I'm not doing much to dispel the "math nerd" image. I don't remember why I joined, but it wasn't because of my undying love for math. It was just a thing to do. That's probably also why I went to Austin that year for the state convention.

There, they asked if anyone was interested in being state president in two years. I talked with my advisor, because it sounded cool. But, we both agreed that my involvement with football, debate and being a sophomore in high school probably didn't mean I had time for it or knew what the hell I was doing.

Cut to two days later and I'm named the new state president. Our chapter wanted to host the event and I was the only one who talked to my sponsor about it. So, I became King of the Math Nerds.

It was a disaster.

I was never as committed as I needed to be. I had bitten off more responsibility than I knew how to handle, before I even grasped how big a job it'd be. My best friend did most of the work for the event (and as chapter president), because he is a great person. He is a doer who is constantly making the world better, even now. I was a helper, at best.

Once I got some perspective on it, the lesson learned was too much responsibility, too fast is bad. I never wanted to jump into something without knowing what I was doing first. That's why it took me some time to start poking around BBWAA. I'm still unsure what's going on with things and would like more experience, which is why I'll defer to BBWAA members who have been around for longer than me for awards voting. There has to be someone with more experience or more consistent access who could make a better decision than me, right? I'm not arrogant enough to think I have all the answers.

If I'd known that, I would have suggested I help out on the vote so it didn't slip to national writers. Once I learned about that this week, I took steps so that wouldn't happen in the future. I care about voting. I also care about this organization I put so much time and energy into getting in. I don't want the Houston chapter to look bad.

My third hesitation was whether I belonged. Sure, I went to games and talked to players. But, I primarily write about baseball for this site, not for my day job. It's a weird circumstance. Other, better baseball writers had been denied access to the BBWAA because they wrote primarily online. Why was I any better?

Yet, this year, there were 34 ballots cast in the awards races from writers who identified as being from websites. That's 14 percent of the ballots in this thing coming from non-print sources. No FanGraphs writers, but Keith Law got a vote. I wouldn't be alone, in other words.

Put all that together and I finally decided to reach out and try to get a vote. When I first got into the BBWAA, I worried that I wouldn't live up to it, that I was just doing it to do it. Last May, when our writers decided to take a stand, I wrote about people taking responsibility on themselves to make a difference.

These stakes are much lower than those, but the point is the same. If I want to complain about voting, I should step up and make a difference. We are not going to change the minds of voters who hold onto outdated ideas about baseball value, but I can change things from within.

It may just be one ballot a year, but it's a step in the right direction. And, I promise I'll stop screaming about other people's votes and just explain mine. Then you can scream at me.

Cut to a year from now:

Chairman: "He's not a pitcher! It's insane!"

Me: "Is it? Or is it so sane that it blew your mind? Sure, Springer doesn't pitch, but if he did, he'd be the best in teh league. By far."

Chairman: "You are banned from voting."