A guest columnist talks about some of the free agent relievers Houston could target this winter.

For even the casual Astros fan, it's no secret: the team's bullpen contributed mightily to its 111-loss season. Houston's relievers combined for a WAR of -5.4, the worst in the majors. (By comparison, the Cubs' bullpen finished 29th with a WAR of -0.2.) Their final ERA and FIP were 4.92 and 5.09, each dead last as well. The team's management has stated that it'll target relievers this offseason, but, with the playoffs wrapping up, no specific players have been rumored yet. Therefore, here I will analyze five arms the Astros should pursue.

Before proceeding, I should state that this list includes only relievers whom the Astros could reasonably sign, given the team's timeline for success and uncertain payroll (I'm looking at you, CSN). These factors mean that Joe Nathan, Grant Balfour, Joaquin Benoit, and Fernando Rodney will not appear here, since each is nearing 40 years old and should earn several million dollars next season. Rather, this list focuses on relievers who could sign for less than $5 million per year and whose age may lend them some extended value.

In terms of talent, Madson is the largest gamble on this list. He has spent the last two seasons rehabbing from Tommy John surgery, getting released by the Angels in August. Even for a Tommy John patient, two years is an unsettling length for recovery, leaving teams to wonder if Madson will ever bounce back.

However, the righty is not a financial gamble, and he has a strong upside. A team should land him for a one-year "show-me" contract worth $1-$1.5 million, if not the league minimum. If he regains most of his form from 2011--a year in which he struck out 9.2 batters per nine innings and earned an xFIP of 2.94--he'll be worth twice, even three times his salary. That's a big "If," but relievers such as Brian Wilson (and, for that matter, John Smoltz) have returned from Tommy John to become valuable relievers. Madson is more of a lottery ticket, but, for the Astros, he's a worthwhile one.

Productive seasons, right? Pitcher A, a free agent, should command upwards of $4 million per year. His name is Joaquin Benoit. Pitcher B, Qualls, would be fortunate to make $2 million. Sure, an analyst could attribute his HR/9 rate to playing at spacious Marlins Park, but his groundball percentage--63.3%--suggests that 2013 was no fluke. The veteran even sported a K/9 rate of 7.11, his highest since 2010. The velocity is there, too, as his sinker jumped to 93.9 MPH and his slider to 87.4 MPH. These gains are important, since the sinker and slider account for 97% of Qualls's pitches. The righty turns 36 next August, but his arm looks to have some strong innings left in it.

Albers, whom the Astros included in 2007's Miguel Tejada trade, has established himself as an effective reliever. A former San Jac Gator, the Houston native finished 2013 with a FIP of 3.49 and an xFIP of 3.82, mostly due to his knack for inducing grounders. Albers's groundball percentage was a robust 63.8%, counterbalancing his low K/9 rate of 5.00. When the season ended, he'd allowed only two home runs in 63 innings. Some would call this stat unsustainable--indeed, Albers's 0.29 HR/9 rate was his lowest ever--but they should consider the righty's career HR/9 rate of 0.89. At $1.5-$2 million a year, the price would be right for Houston. 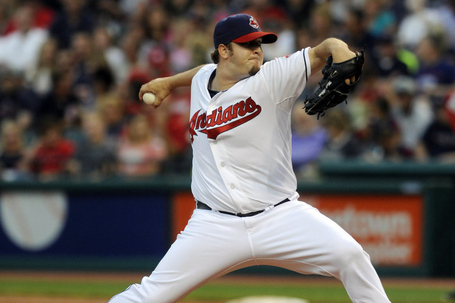 Despite getting axed as St. Louis's closer, Mujica excelled for most of 2013, largely due to his command. He walked less than one hitter per nine innings (0.70), lowering his career BB/9 rate to 1.39. This stat is especially impressive given that Mujica threw his splitter 56% of the time. It's also promising that, since 2012, his four- and two-seamer have stayed around 92 MPH, about the same speed as Joe Nathan's fastballs.

These accomplishments, as well as his youth compared with other free agent relievers, make Mujica a good option. The stats suggest that he'll maintain his command into his 30s, a virtue for any pitcher. In short, Mujica is a younger, affordable (if less dominant) alternative to the big-name arms on the market.

But the caveat, of course, is Crain's injured right shoulder, which robbed him of the last several weeks of the season, as well as the playoffs. For pitchers, elbow injuries receive most of the press, but shoulder problems can Space-Jam the talent out of anyone (see Scott Elarton). Worse yet, the details of Crain's injury are vague; his shoulder has been described as "balky." Nevertheless, the righty is worth a one-to-two-year deal, if only due to his record of success. If anything, Crain's injury has lowered his price-tag into the Astros' range.

*(I strongly considered two other pitchers for this list--Joel Hanrahan and Oliver Pérez. Hanrahan, however, has seen his groundball rate drop below 40%, a scary number for any pitcher entering Minute Maid Park. Moreover, in his last full season (2012), he benefited from a wildly unsustainable LOB% of 89.7%, almost 15 points above his career average. As for Pérez, he would slot-in nicely as a lefty specialist. But with the emergence of Kevin Chapman and the signing of Raul Valdes, the Astros look content with their current options, or at least hesitant to pay $1.5 million for a LOOGY.)

(All stats are courtesy of fangraphs.com and are current as of the end of the 2013 regular season.)