Astros offseason: Could Houston make a trade splash instead?

No, Houston shouldn't sign another free agent to make up for losing Abreu. They should make a splashy trade for the right player.

Share All sharing options for: Astros offseason: Could Houston make a trade splash instead?

In an effort to mix things up here at TCB, we've been trotting out different features and ways to look at the offseason. Last week, we made the case why spending $50-60 million on Jose Dariel Abreu made sense. Now, we'll look at a different way to fix the Astros this winter, but without making a free agent signing.

Why are we doing this, you ask?

Because of Jim Crane's quote in an article about the pursuit of Abreu:

"We've been in the middle of that," Crane said when asked about Abreu. "We're waiting to hear. We're going to move this year. You watch. We're going to plug some holes. We got a good nucleus, and we'll add to it."

If the Astros are going to do SOMEthing, it's good to look at all their options. We could list all the possible free agents and discuss possible targets that fit this roster (and will, just wait a month or two). Or, we could do something more constructive and look at the philosophy probably driving Houston's decision-making.

That's what led to this article. It may become a thing. It probably will end here. For now, though, let's discuss why a trade makes more sense for the Astros than a free agent signing.

Should they make a trade instead of a FA signing?

This is pretty simple, because I'm sure you know the market. The days of big name free agents hitting free agency at a young age are mostly gone. We won't see that Winter of 1999-2000 any more, with multiple impact players changing zip codes. 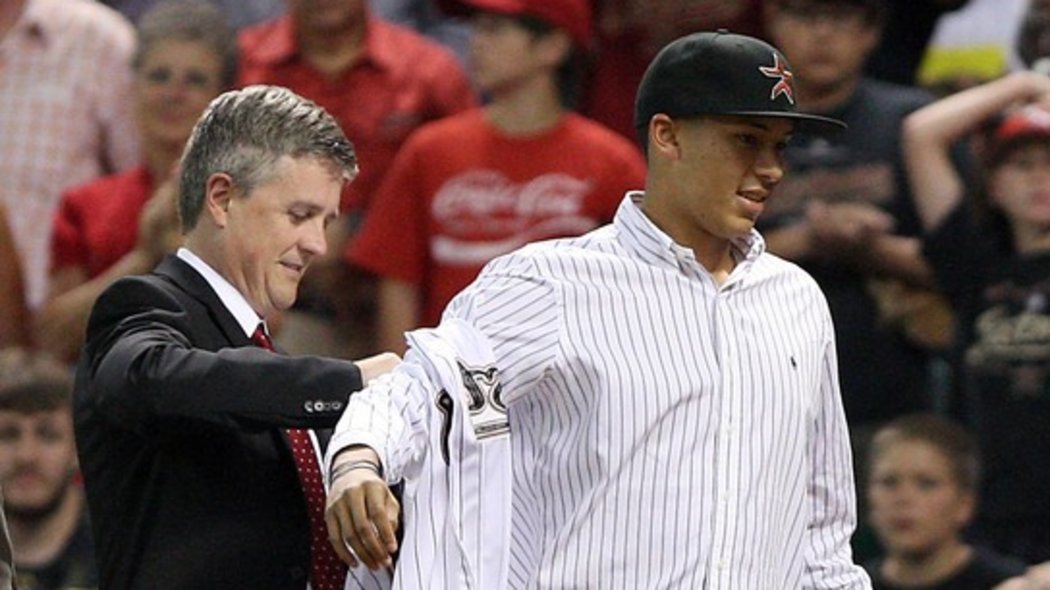 Looking at how Luhnow has done in previous trades.

The reason is teams are smarter about their money. Good, young players are locked up long term before they get near free agency. By the time a great player gets to the market, he's Josh Hamilton, with noticeable flaws on the wrong side of 30.

To get a good, young player who can be at his peak with a new team, the Astros need to make a trade. Ideally, they'd target a player still years away from free agency, who they can then sign to a long-term extension. It'd be the reverse of what Houston did with Hunter Pence and Michael Bourn, in other words.

Trading for an impact guy also erases any fears over not being able to lure a free agent to Houston. You know, because of those three 100-loss seasons sitting out there on the negotiating table. By trading for a guy, Houston can get a player in town, woo him with a huge contract extension and let him see behind the curtain at how the organization works.

Houston also has the ability to make a trade without gutting the farm system. By the time the Phillies got around to trading for Hunter Pence, they had to trade the best of their farm system to get him, because no one was left. Houston doesn't have that problem, which is a good thing. We'll get into more specifics later. 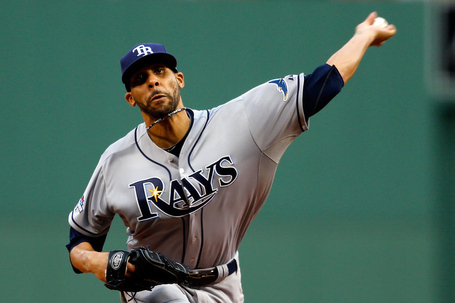 One guy to think about

You know where this is going, right? You savvy commenters have already bandied his name around. Tampa Bay may well deal David Price this offseason and he makes the perfect target if Houston is looking to make a splash.

Why, you ask? Because he falls into the category of player Houston would want in a deal like this. He's much like Giancarlo Stanton or even what Mat Latos was before going to the Reds. He's young, has a few controllable years left and still at his peak.

Houston could then offer Price or Stanton or whoever an extension and lock him up for the foreseeable future. With Price, that's also go the benefit of No. 1 starters morphing into No. 2 or No. 3 starters over the course of a deal and still being valuable. Honestly, doesn't it seem like David Price could be a 4 WAR pitcher for four or five more years, easily?

There are some warning signs with him, like his velocity drop and his injury history. But, he wouldn't be available if he didn't have flaws. Justin Verlander certainly never got dangled in even hypothetical trades (outside the video game world). Getting Price would be a risk, but he's a much safer bet than any free agent pitcher might be.

The other benefit of Price ist hat you could make an easy deal with players that would sting Houston, but not cripple them. I'm sure the Rays ask for one of the Big 3 (Springer, Correa, Appel) and then get rebuffed. But, what if Houston offered Jonathan Singleton, Jarred Cosart, Carlos Perez and either a player to be named or another young pitcher. Maybe Vincent Velasquez is the throw-in here.

Yes, that deal hurts, but it also helps Tampa Bay quite a bit. It gives them a first baseman to plug into that spot they've tried to fill for years. It gives them an offensive-minded catcher who may have been leapfrogged on Houston's depth chart and two young pitchers to add to their depth. Tampa Bay takes a hit by giving up Price, but may be in better shape to make the playoffs next year and the next.

Making a trade isn't that simple, but there are enough fits here where it makes sense. Certainly, you can create a fake trade with the Rays easier than you can match up with the Marlins for Stanton. Plus, how many teams could equal that package AND would be interested in Price? My guess is that number is smaller than you'd first expect. 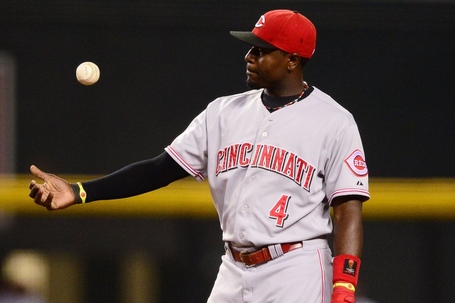 One guy to avoid

On the flip side of that coin are guys that it doesn't make sense for Houston to pursue, even though the logic behind their additions is similar to that above. Take Cincinnati second baseman Brandon Phillips. No, really. Take him, please.

The Reds are apparently trotting out that tired joke and making the second baseman available after he rubbed some people in the organization the wrong way. Phillips has power and is a consistent hitter who's main value is having a power bat at a position where there aren't many.

Basically, trading for David Price is the move that a smart, forward-thinking front office makes and trading for Phillips is a reactionary move done just to make a splash.

Remember when I said in that Abreu piece that Houston needs impact bats and shouldn't care where they play? Yeah, I'm changing my mind here. It does matter where Phillips plays, because he plays the one position Houston doesn't need.

Say what you will about Jose Altuve's 2013 campaign. He may have regressed some and may not have the ceiling he once had (theoretically), but Houston still gave him a big contract extension last summer. He's part of the long-term future of the club, so he's not going anywhere for Phillips.

Yet, the argument for Phillips isn't the same as it was in the Abreu piece. You can't just slide Altuve or Phillips over to another position, like first base or right field, because much of what makes Phillips valuable is his defense. His bat has been average, even if he's hit 18 home runs for the last 27 years straight. If he slides over to first, he loses defensive value and his bat can't make up the difference, especially if his skills are eroding. Ditto left field.

That also hits on the other big reason not to trade for Phillips: his age. Phillips is aging, as are we all. The second baseman will be 33 next June and still has four years left on a massive contract extension he signed with Cincy. That may mean he comes cheaper than Price, but also means Houston gets his decline years instead of his prime. That's fine and well if PEDs are condoned or if he's the last piece on a contender, but for this Astros team, he's a bad fit.

Basically, trading for David Price is the move that a smart, forward-thinking front office makes and trading for Phillips is a reactionary move done just to make a splash. Can you guess which one I think the Astros front office will make?