How likely is a player to reach the majors? How well will he perform? What are the odds of stardom? How can risk be applied to a selection process? CRPerry13 endeavors to answer these questions in this three-part series.

Share All sharing options for: Risky Business: The MLB Draft - Part One

"Those who cannot remember the past are condemned to repeat it."

--George Santayana, "Life of Reason I"

Perhaps the biggest topic of discussion among Astros blogdom is the upcoming Rule 4 draft in which MLB clubs select players from High School or College to fill the ranks of their minor league systems. The Astros wield the dubious honor of selecting first – a backhanded award for finishing dead last in 2012.

There has been much behind-the-scenes discussion among TCB writers over who the Astros should select, as there presently is no player who is obviously the best candidate. Compounding the debate is the fact that the Astros’ brain trust is as out-of-the-box as one can find among major league front offices (offici?) and we learned last season that expecting them to do the expected is futile.

I endeavored to quantify some of the questions commonly asked about the draft by diving into historical data and swinging my Magic Sword (MS) Excelibur.

Chances of making the majors:

The first and perhaps easiest question to answer is – what is the likelihood of a certain type of drafted player even sniffing the major leagues? The four major categories I investigated were:

At this point, I expect somebody to suggest, "Wouldn’t this be better if you broke it down by position instead of just by hitter or pitcher?" The answer is yes, it would, if I had enough data. But alas I fear that if I break it down any further than I have, the sample sizes of each type would be so small as to be completely meaningless instead of just possibly meaningless. For example, how many catchers were drafted in the Top 10 over those fifteen seasons? What about second basemen? And how do I account for position changes? Better left alone, trust me.

Following in the footsteps of my forebears who examined the draft, I chose a sample of fifteen years’ worth of data – specifically, I looked separately at the Top 50 picks and the Top 10 picks for all seasons between 1993 and 2007. I judged 2007 to be the most recent year where every draft pick has been given a reasonable chance to reach The Show. Heck, it’s been six years, that’s plenty of time! Here are the totals that fit that criterion: 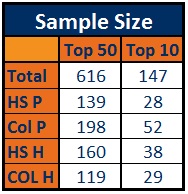 Finding out who did not make the majors was easy, with the help of Fangraphs. I exported a list of all players that played from 1993 forward and who recorded a WAR (Wins Above Replacement – the value of a player compared to an average replacement player, quantified by number of Wins added or subtracted to his team). If a player didn’t show up on that list, he never reached the majors. With a few swings of Excelibur, I carved the data into the following chart: 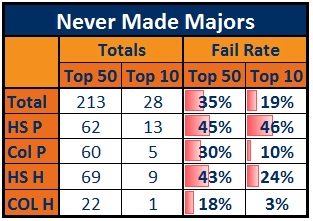 Given a more positive spin, here was the rate at which the 616 draft picks in my sample reached the majors at all: 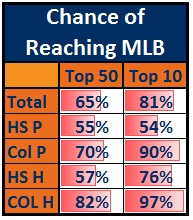 WAR per Season by Pick Type, per Pick.

Another forbear looked at value of players picked at certain draft positions. I decided to duplicate his research with some tweaks because I needed the raw data for my next tricks (sorry, you’ll have to wait for my next post to see them), and because I wanted to break it down by player type.

Because players have varying levels of longevity, I opted not to examine career total WAR. Instead, I looked at each player group's average Career WAR per Season. The samples start to get questionably small, but it is still worth examining to see what occurred after past drafts. Players not reaching the majors were excluded from this exercise, as there’s no way of knowing what their WAR would have been had they succeeded. 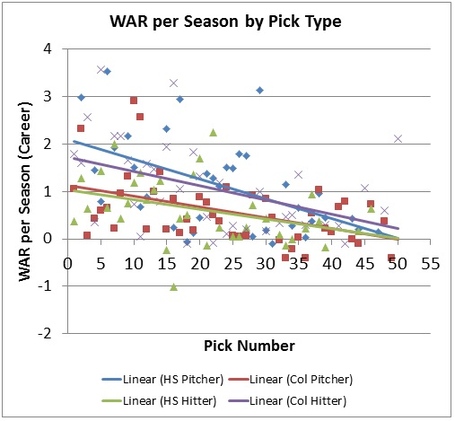 Fangraphs also has a nifty stat called "Dollars", explained here. Dollars converts the wins into cold, hard cash, to give an approximation of the dollar value of a player based on his performance. As with WAR, I modified this to Dollars/Season and graphed it by pick number and type. 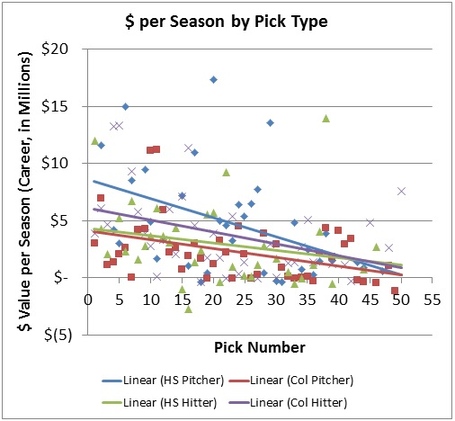 Obviously, because Dollars are based on Wins, the two graphs telegraph each other, with only slight variation.

I will be using the data presented above in a later post to calculate even more odds of a player being successful based on draft type. In the meantime, here are some observations about just what has been presented so far. 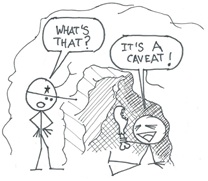 Several things are worth noting about my analysis, chiefly that I am no student of probability theory.

My next post will expand the discussion to other probabilities based on the same fifteen-year sample, including the odds of a draft pick being a Top 10% performer by WAR, the odds of reaching a threshold of 1,000 plate appearances or 300 innings pitched, and the odds of a player recouping the cost of his salary and bonus over the first few years of his rookie contract.

I will follow that by applying all of these odds to a list of the Top 20 draft prospects for 2013, assembled by the prospect gurus here at TCB by my request with weighted scores based on typical scouting categories. Whew!

At the very least, all this should prompt discussion, and as always I’m open to questions, comments, suggestions, or even snide remarks.