Tonight, the Astros lost to the Diamondbacks by a score of 3 to 1. The game featured a nice but squandered start by Dallas Keuchel, another Jose Altuve multi-hit game (plus some really great defensive plays by the 2nd-baseman), a sac fly by Tyler Greene to score Marwin Gonzalez, and a few cheap runs scratched through by the Diamondbacks.

But I was mentioned by name on the TV broadcast, and that made my week. Thanks to the awesome FS Houston team for the shout-out!

I am feeling particularly lazy tonight, so tonight's recap will be brought to you by the readers of The Crawfish Boxes.

Strong start by the Astros faithful.

Goldschmidt vs. soft tossin’ LHP…..don’t like the match up for the Stros.

Keuchel wins with K. So it’s a good top of first.

clack speaketh of Arizona rookie leftie Wade Miley. This season Miley's ERA is 3.02 and his FIP backs his success up. So the Astros hitters should try to take advantage of any fortunate situations they come upon.

Hit it to CJ if all else fails.

Then, Steve Pearce lined it right to Johnson at Third.

campaigning to get your comments featured, huh?

I am not immune to brown-nosing.

Barnes rolls the ball to 2d….hmm, that sounds familiar.

CJ shatters his bat on an inside pitch.

Ausmus in the booth

Sounded like they were interviewing him for the job of Astros manager next year.

Keuchel gets out of the inning with no harm done.

I don't recognize the Astros' players

First major league hit by a guy with facial hair who they say is Dallas Keuchel.

Nothing exciting happened in the top, and that's a good thing. Keuchel has a no-hitter through three. And in the bottom, nothing happened. I got no comments worth copy/pasting here. I am sad.

In case any reader is wondering what happened in the game so far, the answer is nothing. Still 0-0. A few singles but not much action.

We all know how CJ has no range! Lets Bunt every play!

Moving right along. The game is nice and quick so far. I'm ok with a 1-0 Astros win. I need sleep.

With this team drinking is allowed..

Followed by a long double by Chris Young. Astros 0 Diamondbacks 2

In the bottom, Marwin Gonzalez hits a double to right, then Altuve advances him with an infield single.

Another multi hit game for altuve!

What the heck kind of pitch selection is this to Tyler Greene? 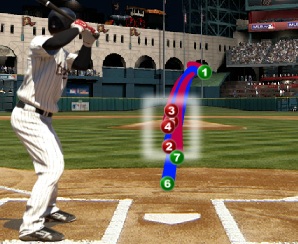 Result is a sac fly to center. Astros 1 Diamondbacks 2

Busta' was born after me.

You guys are so lucky that you barely remember the 90’s.

The sixth ends with two Astros left on base.

I wish it was a joke

I refrained from asking orangeblood kid the obvious question, which is, "How?"

Wow! Fantastic diving play on a liner by Jose Altuve. Saves a run and now there are two outs with men on 2nd and 3rd. Keuchel coming out after 6-2/3 IP and only 2 ER (so far). A very nice outing by Keuchel.

I want to grow my own peanuts.

According to Brita, the United States generates enough plastic bottles to stretch 4,611,534,650 Altuves.

And Fernando Rodriguez makes an absolutely terrible catch to end the inning with no damage done. Keuchel has a Game Score of 56.34. Very nice.

CHRIS JUST GOT A SHOUT OUT ZOMG! HE IS FAMOUS!

Ok, now that is cool

So that is you? I was wondering.

Yeah! I just tweeted that to him

What was the quote?

"The first of April is the day we remember what we are the other 364 days of the year." - Mark Twain

He was talking about a study about how athletes perform their best when eating kiwis and strawberries. I replied that somebody should have told Melky Cabrera that.

Goldschmidt just doubles in a run, but I don't care because my name was said on TV. Astros 3 Diamondbacks 1.

Actually, that sums this game up really well.

Quick somebody say something funny I can quote for the ninth inning.