For an explanation of the methodology for these rankings go to the inaugural post of the Player Performance Rankings. Also for pitchers check out this post.

It's been two weeks since we've done one of these thanks to the draft, and honestly it didn't seem like anyone missed it. So I'm wondering if it's worth continuing to look at. I like it because it updates my perception on how this team and individual players are doing.

For example this week we're seeing all three aspects of this Astros, hitting, pitching and defense, head into below average territory. Carlos Lee is an average hitter for the league and below average for first base and he's fourth on the hitter rankings. Things like that help me keep perspective on what's going on with a team that had been playing well prior to the last two weeks of play. But you might not care and if that's the case then I can focus on producing other content that you might be interested in. So speak now or forever hold your peace. 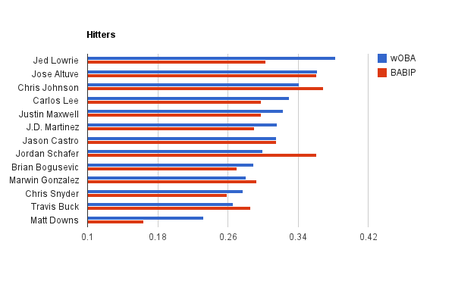 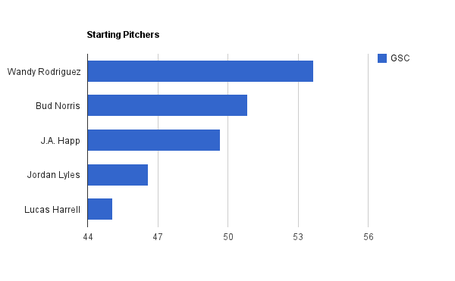 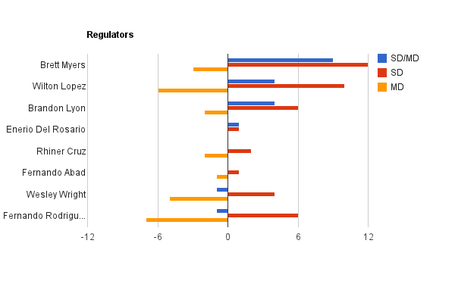 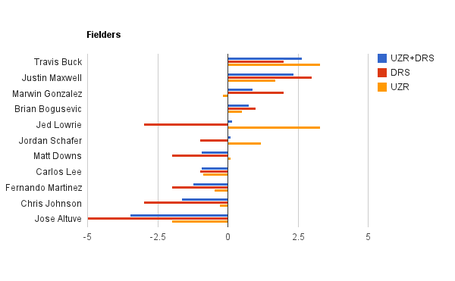