Share All sharing options for: Astros Player Performance Rankings - May 18, 2012

For an explanation of the methodology for these rankings go to the inaugural post of the Player Performance Rankings. Also for pitchers check out last week's post where we change it up a bit.

So I'm trying something new yet again, but this time it's visual instead of me putting a table on the board I've decided to make charts. With this I've included some other information, for example, hitters now show their BABIP numbers, regulators and fielders show the components for their net numbers. Let me know what you think of the images. 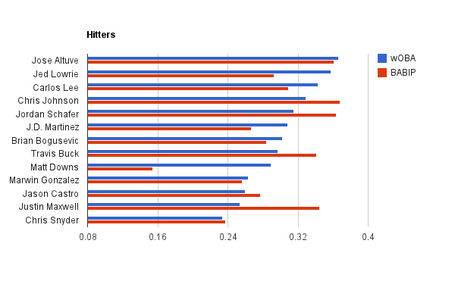 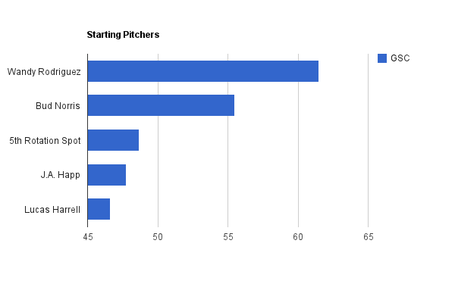 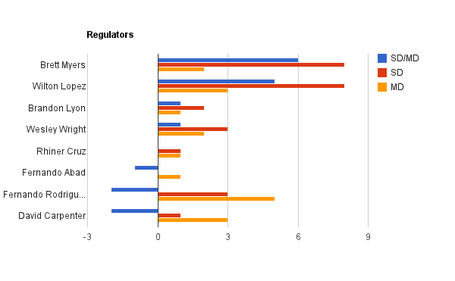 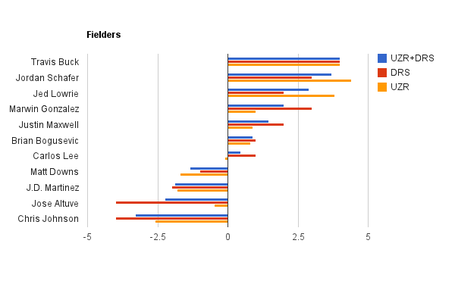