Share All sharing options for: Astros 0 - Pirates 9: It was ugly

It was a bad day. Roy Oswalt got drilled in his ankle and exited after a shaky four innings of work. The Astros were shut out by Paul Maholm, who allowed just three runners to reach, all via hits. Defensive lapses coupled with just a general shelling of Astros pitchers by Pirates batters all resulted in the 9-0 loss.

Is there anything else that really needs to be said about today's loss? I don't think so. I know that I am going to go try and forget that the Astros ever played a baseball game that ended up like this: 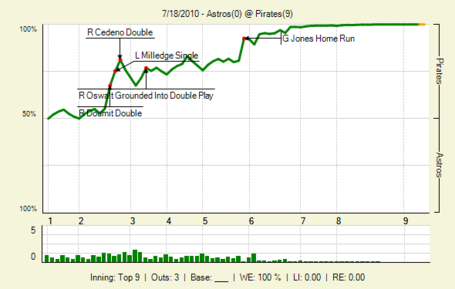