The Astros haven't lost in three games. This is what is otherwise known as a "winning streak". For those fans that are unfamiliar with the concept, allow me to explain. In a baseball game, two teams compete for nine innings (or sometimes 20) in a contest to see who can score more runs. The team which scores the most runs wins. Today, our Houston Astros were able to score more runs than their opponent for the third consecutive game. After trying unsuccessfully for eight straight games to accomplish this, our boys have do so in four out of five games. This should create much joy and merriment amongst the followers and well wishers of this particular baseball club.

Brett Myers was getting knocked around much like he did against the Cardinals in his prior start. He allowed three runs in the first two innings of play while amassing fifty pitches thrown. Also like in his prior start in St. Louis, Myers recovered and pitched a solid seven innings for the second consecutive start. He is the first Astro starter to accomplish this feat, although Roy, Wandy and Brett have all gone seven in the past three games.

This is a positive development. Brandon Lyon was Dr. Jeykll tonight after his Mr. Hyde performance on Saturday in Chicago. His 1-2-3 eighth inning kept the game tied at 4-4. In the bottom half of the inning, Hunter Pence led off with a screaming double off the wall in left field. Pedro Feliz followed with a smash single to left, which put runners on the corners with nary an out. Marlins pitcher Tim Wood was able to strike out the hot hitting Justin Towles to collect an out, but Kaz Matsui laid down a bunt which allowed Pence to score. With two outs, Jason Michaels channeled his inner Flo from the Progressive Insurance ads to give us a little insurance, Crawford Boxes style. 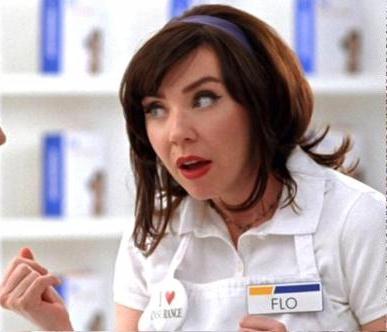 I also played Tori Scott on Saved by the Bell....did you know that? No, you didn't.

In a trade that rivals the Bourn-Lidge swap in terms of notoriety, Matt Lindstrom gave us the leg up in our off season Robert Bono for Lindstrom deal. He did give up his first run of the season, but he was crisp once again and got outs on the ground.

Oh yea, Lance Berkman played. He possesses skills at the game of baseball which are superior to most of his contemporaries. Two RBI, a double, nice plays on defense. All I can say is, Go Lance!