Astros batters: Do you feel lucky?

Share All sharing options for: Astros batters: Do you feel lucky? 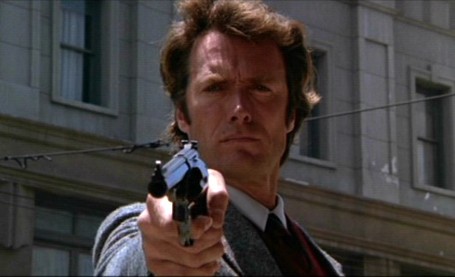 "Dirty" Harry Callahan had his own analysis of luck.  It turns out the Astros' hitters have not been lucky this year, and their season, as a result, has been shot full of holes. I'll explain more about the Astros' luck (and no, not any more about Dirty Harry) in this article.

An analsyis of luck in baseball often starts with Batting Average on Balls in Play (BABIP).   BABIP is subject to a relatively great amount of random variation, or "luck."

Let's go refresh ourselves on sabermetric priniciples related to BABIP.  Studies have indicated that pitchers have more limited control of BABIP than hitters, and thus a higher than league average BABIP allowed by a picher often means he has been unlucky.  BABIP is more reflective of the hitters' skill, and, therefore, it is not as easy to infer whether a hitter is lucky or unlucky based on his BABIP in a given year.  In evaluating the luck of hitters, we need to know what BABIP level we should expect with neutral luck, which likely will be an individual specific batting average. In the past, you will see writers (including me) utilize rough benchmarks with the batter's line drive percent or the batter's historic BABIP; however, both methods can be unreliable.

Two graduate students, Dutton and Bendix, developed a multiple regression analysis for predicting a player's "expected" BABIP, which they described in  a late 2008 Hardball Times article.  The spreadsheet and quick tool for applying their model to a given player was later provided here.  Their "model" uses the following independent variables to predict a player's expected BABIP: at bats, home ballpark, HRs, strike outs, stolen bases (proxy for speed), line drive percentage, flyballs, groundballs, and pop ups.  A player with an actual BABIP higher than his predicted BABIP can be called "lucky," and vice versa for "unlucky."  I used this tool to find expected BABIP for Astros' starting batters based on performance so far this season.  The results are after the jump.

The actual 2009 BABIP and the BABIP predicted by the quick tool are shown below.

I suggested in a comment on HLP's article about Berkman a few days ago that Lance's BABIP indicated that he has been unlucky, which suggests a possible improvement in his batting average in the future.  And these results verify that conclusion, because his actual BABIP is 6% lower than his predicted BABIP.  We also had a discussion a few weeks ago  of a fangraph article's conclusion that Bourn is due to regress next year because of his high BABIP this year.  However, Bourn's 2009 BABIP is almost exactly equal to his predicted BABIP (a little lower, actually).  I find this very reassuring, because it may indicate that Bourn's break out season is "for real.""

Overall, the Astros' lineup as a group has been somewhat unlucky with respect to BABIP.  Tejada is the only starter whose BABIP is below his actual results, and even that is relatively minor.  All of the other starters have batting results below their predicted BABIP.  On a weighted average basis, the Astros' overall BABIP is about 4.3% less than the predicted BABIP.

Two Astros' hitters who were particularly unlucky are Keppinger and Matsui.  Matsui in particular looks to be in line for a big bounce back season.  And perhaps we should take some comfort in the fact that the overall Astros' lineup appears to be a candidate for better hitting results next year.