Monday Morning Astros, etc Round Up

Share All sharing options for: Monday Morning Astros, etc Round Up

Alyson Footer puts on her thinking cap, and ponders the 2010 Astros. Her headlining thoughts: bring back Brian Moehler and sign Randy Wolf. Bearing arbitration, salary increases and other factors in mind, she suggests Tejada could re-sign for $5 million to play thirdbase, with Tommy Manzella and Jason Castro starting at SS and C. Geoff Blum, Jeff Keppinger, Kaz Matsui and Lance Berkman, and assumedly a backup catcher round out her infield.

In the bullpen, a young group: Sam Gervacio, Yorman Bazardo, Wes Wright, Alberto Arias and Jeff Fulchino should make up much the reliever corps. As for closer, Footer doesn't think the Astros can afford Jose Valverde, as he will most likely be after a multi year contract. A trade is always an option, she notes.

That's 23 players so far, 12 position players and 11 pitchers...There should be another arm added, hopefully Felipe Paulino. After that, an extra outfielder or a bullpen arm to finish off the roster, perhaps? 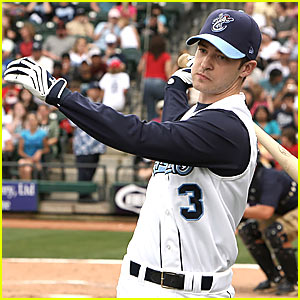 This all begs the question...can we, like, keep JT in the minors? He's a little old, but with that left handed stroke and athleticism, I don't doubt he could replace Mitch Einertson with ease.

For the first time since 1927, a game ended with an unassisted triple play on Sunday. The man who completed the triple play? None other than Eric Bruntlett. After the bottom of the ninth inning began with two Phillie errors, one of which was committed by Bruntlett, karma swung back in favor of Eric the Bearded and his crew.

Flip flopping away, RJ admits that the criticism levied against him so much on here is in fact true. He did share one interesting tid bit though, in regard to Cecil Cooper's hanging on by a thread as manager:

Listening to players privately complain about his every move has gotten old. Why did the Astros allow it to go on?

Did they notice the ``Really?'' t-shirts some players are wearing. ``Really?'' as in, ``Really? Did that just happen? Really?''

Clever t-shirts, gentlemen. I'd like to think that Chris Sampson printed off 25 of those bad boys and handed them out to his teammates.

Koby Clemens has been on some people's radars, after pummeling baseballs in A Lancaster. It's tough projecting players who have had only 17 ABs in AA, but as a catcher, you have to think that Clemens' future is murky with the Astros. With Jason Castro hopefully taking the big league reigns at some point next season, JR Towles, Lou Santangelo and Koby Clemens are more likely to be insurance/reserves. Not a bad gig if you can get it, and there's always trades/position changes if it comes to that.

Matt Holliday has been hitting gangbusters for the Cardinals since being traded to St. Louis, but the centerpiece of the deal that went to Oakland, Brett Wallace, isn't doing too shabby either. The Cards will have a tough time resigning Holliday, and it's a tough call determining whether or not Holliday has in fact put STL over the top. The fact that Wallace may eventually be moved to 1B makes this trade all the more palatable for the Cardinals.

A tip of the cap to EveryHoustonTeamRox, as he broke the news on TCB that the Rockies have signed Russ Ortiz to a minor league deal. It's a low risk, probably low reward move that ensures Colorado can have an extra veteran arm on their postseason roster, should they qualify. Jason Giambi has also been signed by the Rockies, after he was released by Oakland.