An Astros Sweep so Sweet

Share All sharing options for: An Astros Sweep so Sweet

Two weeks ago- before the Home Run Derby, before the AL extended its domination of the NL for another season, before most of the Astros returned from their golf vacations, I wrote that these first two series would be extremely important.

Well, sometimes the obvious needs to be stated. If nothing else, making that post reminded me that I needed to treat these games not just as potential toss aways against two division leaders. If we had done well, I would have chalked it up to just another abberation that occurs over the course of a baseball season. If we lost both series, and saw our playoff chances take a hit, it'd be due to the fact that the Astros just aren't that good. Too many flaws, too many what if's.

Instead of doing that, I threw myself into these games. Got excited for them. Stayed up past midnight to watch two west coast victories. Got frustrated at Alberto Arias' inexplicable loss of coordination. Jumped back on and off the Carlos Lee bandwagon multiple times. Was wowed by our starting pitchers. Finally, I found myself rooting for Miguel Tejada so hard to get a knock that would deliver the Astros a series, a sweep and a new lease on life in the NL Central. Tejada will never be Biggio, Bagwell, Berkman, Oswalt. Nor will he even be Luis Gonzales, Steve Finley, or Brad Lidge. From the outset, he has essentially been a hired gun from out east, a big name, big reputation player who doesn't seem to fit the mold of what an Astro has always been. We gave up the farm (litterally) to get him, and from day one there has been a cloud over his head. What's more, we all know the criticisms associated with him: Mitchell Report, Big Contract, Not the Stat-Fan-Boy's dream player, older than he claimed to be, lied to Congress.

The list goes on, but as of this season so has Tejada's remarkable 2009 season. When he capped off the series, the Astros rushed the field to congratulate Jeff Keppinger who scored the winning run, but he was almost an afterthought. It was almost as if his teammates gave Kepp the obligatory "attaboy!", only to rush to Tejada to extend their gratitude. This was no sign of disrespect, it just showed where the heart of this team lay. For everything that Tejada lacks as a player, and for all his mistakes as a person, he has the respect, admiration and love of his fellow Astro. I mean, just look at this: 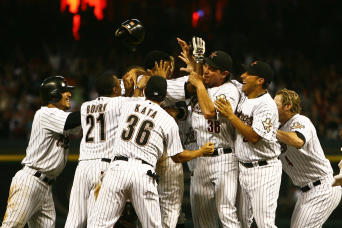 That's joy, right there. Pure, unadulterated joy. Someone should bottle it up, and sell it at Wal Mart. They'd make a killing. After the game, the FSN crew commented that the team celebrated like they had just won a playoff game. Nothing was coreographed. Nothing seemed forced. It didn't seem like.... 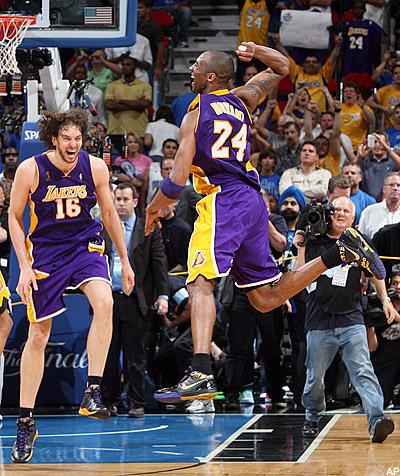 I don't want to go off into the Joe Morgan-Tim McCarver-Rick Sutcliffe land of Team Chemistry Trumps Talent, but it's damn difficult to ignore that whole idea as of now. Maybe once the memory of yesterday's game is dulled from my mind I will see the folly in buying into that, but today, it feels right. Over these past seven games, the Astros could have seen themselves fall out of the race, and into talk of selling veterans and playing for 2010 and beyond. After a 5-2 strech against two division leaders, things have taken a much different tone. There is no game today, and that's probably a good thing. 24 more hours to let last night's fun sink in. Maybe my memory of it won't be dulled after all...